The year 2012 will introduce a variety of upcoming new, innovative smartphones from several major manufacturers.

Every year brings new developments in smartphone technology. A few years ago, no one imagined we would be able to use phones that rival gadgets that are specialised in a field. Some phones can take better pictures than our point and shoot camera, better video than our camcorder and are better music players than our dedicated mp3 players. It's not just that, smartphones are becoming better at web browsing, gaming and managing applications like never before. This year, expect some changes that will turn this market on it's head. With quad core processors emerging this year, expect your smartphone to compete with your personal computer or laptop! Here is a list of some smartphones that may change the game.

Dual core was last year's headline for smartphones, quad core is this year's. Fujitsu and Nvidia teamed up to produce the worlds first quad core phone. Even though it is still in prototype stage, Fujitsu indicated that the mass produced version may hit store shelves in the summer (even though it may be in Japan first) .

It is also rumoured that HTC will introduce their own to the fray, coded the "Edge." Both will bring to the table a virtually lag free operation and drastically improved multitasking. Anyone concerned about power usage and battery life may not get much info on how well it manages both, but quad core chips benefit from more complex power management during operation which can help battery life.

There are many other new phones emerging also. Sony has now gotten rid of the name Ericcson on it's line up of phones. One of these is the Sony Xperia S which is an upgrade to the Xperia Arc. It shares it's bold design with an improved camera at 12 Mp with a dual core processor at 1.5 Ghz making it even more competitive. For the gamer there is the Xperia Ion which shares some of the impressive features with the S and is Playstation certified. They both use Android 2.3 upgradable to 4.0 (Ice- Cream Sandwich)

HTC introduced an upgrade to their Windows phone the Titan with the Titan 2. This model boasts a whooping 16 Mp for it's camera and LTE support along with it's traditionally big and beautiful 4.7 inch screen. It clocks in with a 1.5Ghz processor.

Nokia finally made their anticipated charge into the North American market with it's line up of Lumia phones. The Windows Nokia Lumia 900 is now available with LTE capability, added front camera and a larger AMOLED screen at 4.3 inches. It is still made of the same cutting edge materials and easy to use software as seen on the Lumia 800 version.It is announced to be priced very competitively in the market.

There are other noteworthy phones to look out for.

-LG Spectrum- This phone brings an impressive 4.5 inch screen at 1280x 720 resolution, which will be one of the more impressive screens out there. How impressive? Let's just say it challenges the iPhone 4S resolution-admirably.

-Huawai Ascend- It will be the thinnest phone available at 6.68mm thick. Who knew it was possible to go even farther?

-Samsung Galaxy Note- Expanding on the success of the Galaxy S2 isn't easy, but Samsung have attempted to merge phone and tablet in an attractive package. This has potential to be big (other than it's obvious size.)

Motorola Droid Razr MAXX- It hasn't been long since we were introduced to the thin, tough and powerful Droid Razr. But now, it has been reintroduced with a larger battery to last longer with LTE along with it's wealth of other features.

Apple iPhone 5- This is long anticipated, and it is rumoured to be quad core with a new hardware design. However, no really one knows for sure until later this year. Let's not jump to conclusions like last time- we all know how that turned out...

There you have it, some phones that may be big in 2012 or just flop. There will be many more to come but these phones may be the sign of things to expect in our smartphones.

What are your thoughts? What phone are you eagerly anticipating for 2012? What are the features you want to see on your next phone? 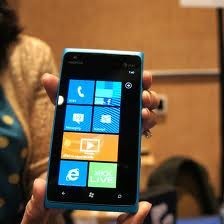 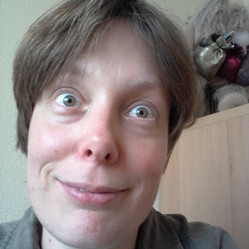 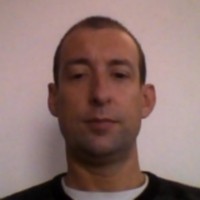 A mobile phone comparison of the HTC One and the Samsung Galaxy S4
Loading ...
Error!