Some people call Nigen Biotech the "HCG Solution". Here's a Closer look at the science behind it and why its better than homeopathic HCG drops.

Nigen Biotech HCG joins a long line of "mimic HCG" products being sold on the internet.

Before I write another word I want you to visit my other article to understand the side effects of the HCG diet. I am thoroughly convinced that these low-calorie diets do more harm to the body than good.

That said, a lot of people are buying homeopathic HCG drops which scientifically quite inefficient. The Nigen Biotech seems to have a little bit more science behind it compared to a lot of other products on the market.

The HCG diet is based on the idea that taking HCG will trick your body into thinking that it is pregnant.  Then, when the body finds itself starving for calories it will pull from the fat stores instead of the muscle stores, thus protecting the muscles while burning the fat.

There's not a lot of scientific evidence either way.  The dangers of obesity are well known, and includes a higher risk of heart attacks, diabetes and cancer.

But Very Low Calorie Diets (VLCDs) -- diets with less than 1,000 calories -- have been linked to their own litany of health risks, including gallstones and liver and kidney problems.

True HCG diets are conducted under medical facilities and use special foods that are both low-calorie and highly nutritious. Doing a Very Low Calorie or HCG Diet on your own can be dangerous and really should receive medical oversight.

There is no question that a Very Low Calorie Diet can help you lose weight. There's just the dangers of harming vital organs in the process.

Not to disappoint anyone, but "real" HCG drops do not exist. The only true HCG or Human Chorionic Gonadotropin that exists must receive a prescription and be administered as shots under a Doctor's supervision.

Typically, the "Real HCG Drops" you see sold on the internet are a homeopathic remedy -- which is said to contain the "essence" of HCG.  By this they literally mean that it has been diluted to the .0000001 level -- and is such a low level of HCG that it cannot be measured by many scientific devices. (Assuming a 3C homeopathic tincture.

They purport to sell you a solution that contain the "energy" of HCG.

HCG Is What A Pregnancy Test Detects

Just like other hormones and steroids which the body naturally uses, HCG is often abused by body builders and weight-loss seekers.

Nigen legally circumvents the FDA requirement by not including actual HCG in their product.  Instead, the Nigen solution contains "the Human Chorionic Gonadotropin amino acid isolates."

Basically, the thought behind the Nigen solution is somewhat scientific. Hormones are proteins. Proteins are derived by amino acids.  So by including many of the amino acids that create the "active ingredients" for the HCG hormone, you are essentially taking HCG without really taking HCG.

Kind've like the same way that you can eat flour, eggs, sugar and milk without really eating a cookie.

In my research, I could not find any material which conclusively ties the "amino aid isolates" included in the Nigen Biotech HCG solution and the true HCG that is provided by physicians.

Furthermore, an important thing to realize about hormones is that their specific shape is important  to their messaging function.  So, if you ingest HCG orally, your stomach acid will break it down to its amino acids components. In order to get the benefit of HCG, you need to have the whole hormone injected into your body in order to bypass the digestive system.

So is the Nigen Biotech HCG Solution an equivalent to HCG?

As a parting comment, I want to encourage anyone looking to lose weight to be aggressive about it. I actually had a family member who suffered a heart attack in his mid-30's, and there is nothing scarier than almost losing a loved one like that.

I encourage a balanced diet.  Start with the food pyramid.  If we truly got our required amount of fruits and veggies in, we would not eat nearly as many sweets as we do.

And then, get active!  I love dance and workout videos like Zumba or Jazzercise or even Jillian Michaels.

Best wishes on your future health! 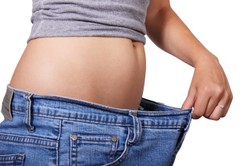 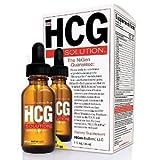 Twenty tips on how to cheat hunger and lose weight for people who spend too much time behind a computer; brief explanations as to why these tricks work, and some meal suggestions.
Loading ...
Error!