Not So Great Gift Ideas for Valentine's Day

Don't make a major gift giving mistake this Valentine's Day! Let me tell you some not so great gift ideas for Valentine's Day and you will know what to avoid.

How many times have you had a hard time finding the perfect gift for someone? Christmas and birthday gifts can be a real challenge at times. However, the worst holiday for gifts seems to be Valentine's Day.

Have you only been dating someone for a couple of months? You can't buy anything too expensive! Have you been married for 10 years? It is tough finding a gift that is romantic without getting too sappy. Before you make a major mistake, let me tell you some Valentine's Day gift ideas that are never acceptable.

Oh yes, nothing says "romance" like clean floors!  Ummm... no... never.  If you buy anyone a vacuum or other household appliance, you will surely end up in the doghouse this Valentine's Day.  No woman wants to feel like she's expected to be a housekeeper.  No man wants that subtle hint on Valentine's Day that his home is just too dirty.

The only exception to this rule is if someone specifically asks for a household appliance on Valentine's Day.  I really can't picture it happening, but I suppose in my wildest imagination there could be a moment when a couple is shopping at Target, and one person sees the greatest waffle iron ever.  Perhaps it is red and makes heart-shaped waffles!  One person says, "Wow, that would be the greatest Valentine's Day gift ever because I love waffles and although it would be 10 times easier to simply buy the frozen kind, I would like this better."  Sure, it could happen.

OK, if you are buying something nice for your 10 year old granddaughter on Valentine's Day, go ahead and buy socks.  If you can find socks with hearts on them, even better.  However, if you are a guy buying a romantic gift for your lady, nothing kills romance faster than a pair of socks.  And no, I don't care if they are red and pink with cute hearts.  Do not do it!

The only way you can make this work is if the socks are part of a present.  For instance, if you are giving a spa gift as a Valentine's Day present, you can give a gift basket with some cute bath products, fuzzy socks, and a gift certificate to the spa.  Socks alone are not going to work for Valentine's Day though.

Nothing says "love" like having another mouth to feed.  Gee, thanks but no thanks!  This goes for pretty much any pet.  I don't care how much your girlfriend or boyfriend has pondered over getting a new puppy or kitty, don't do it.  Plenty of people love animals, but don't have the time or energy to deal with a new pet.

Also, most folks like to pick out their own pet.  Imagine if you bring home an adorable German Shepherd to you boyfriend, only to find out he wanted a Pug?  Well, that is just not going to work at all.  Now what happens to the German Shepherd?  Bad idea!

The only time I think giving a pet as a gift works is if your significant other has already specifically picked out the pet at the shelter or pet store; then you go and buy it for that person.  Unfortunately, it rather takes out the element of surprise quite a bit.  It is also the least romantic Valentine's Day gift ever.  Stick to just buying that cute stuffed animal at Walmart and giving that as a gift.

Cute, Yes, But Not a Good Gift

I do realize that many stores carry sheets, towels, washclothes, and such with Valentine's Day patterns on them.  That does not mean they make great Valentine's Day gifts.  These things are intended for people to buy for themselves.  This is especially the case for people that entertain a lot so visitors can see how cute their home is decorated.

Once again, since I like to give an example of how there are exceptions to each rule, I will say it is possible to surprise someone with these items for a romantic Valentine's Day evening.  Add some candles, some rose petals, and make the bed using sheets decorated with hearts, and your romantic evening has just begun.  Hand over some Valentine's Day towels or sheets to someone as the main gift, and I would say the romantic evening has just ended.

I hope this article helps you avoid making any Valentine's Day blunders this year.  Remember, there are a few gifts that, even though they are pretty standard, are perfectly acceptable.  These gifts are traditional for a reason... most people like them!  A nice dinner, candy, flowers, or a romantic getaway are always nice ideas.  You won't win any awards for being the most creative gift giver, but you will stay on your partner's good side this year.

Yonni, yes, puppies are precious, but no one likes responsibility for a gift. Hehe. Thanks for checking out my article.

VictoriaLynn, you are so right! Anything related to weight loss is a bad thing. Now that I think about it, wrinkle cream would probably be a no-no, too. This list could just go on and on. Thanks for your comment!

I love your comment about puppies - yes, cute, but NOT a good gift :) Keep up the great work and all the best ~ Your fan, Yonni :)

You are so right on! Another thing might be books on weight loss or exercise videos. haha. What are you saying, dude??!! :-)
I seriously like how your write. Very entertaining!

Should You Play Down a First Valentine's Day or Pull Out All T...

A first Valentine's Day with a new partner can be difficult to judge. Do you ... 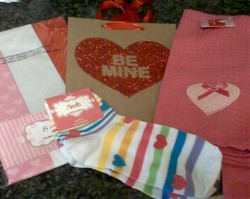 5 Reasons You Should Visit the National Aquarium in Washington, DCon 05/21/2013

Confessions of a Customer Service Representativeon 05/05/2013 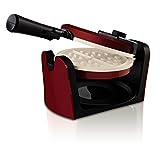 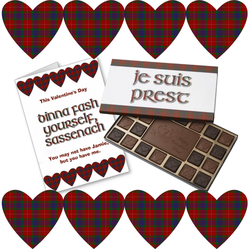 Your love is obsessed with 'Outlander'. Jamie and Claire aren't your rivals, they're your way into your sweetheart's affections. Explore 'Outlander' themed Valentine goodies.
91%  3   8 WiseFool
Valentine's Day 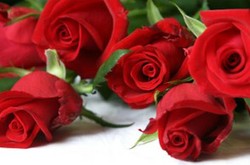 Should You Play Down a First Valentine's Day or Pull Out All The Stops?

A first Valentine's Day with a new partner can be difficult to judge. Do you play it cool or express your love in ostentatious style?
Loading ...
Error!