Octavia Hill, Social Reformer and Co-Founder of the National Trust

For someone who was home-educated, Octavia Hill certainly made her mark on English society, with her social housing reform, conservation work & as co-founder of the National Trust.

Octavia Hill is known as a social reformer, conservationist, artist, writer and co-founder of the National Trust, a UK charity dedicated to conservation and preservation of countryside, buildings and ancient monuments, to name but a few. She set in place a system for social housing that was subsequently copied in countries such as Holland, Ireland and the United States. Interestingly, she was against social services and government provided old-age pensions - she thought that they “sapped people’s self-reliance. As well as this, she also founded the pre-cursor the army cadets.

Octavia Hill was born on 3 December 1838, to James Hill and his third wife, Caroline Southwood Smith.  James, a banker and corn merchant, had been somewhat unfortunate in that his two previous wives had died, leaving him with five daughters and a son.  He met Caroline when he engaged her as a governess for his children, and they married in 1835.  Even more bad luck befell James when he was declared bankrupt in 1840, and suffered what was described as a “mental collapse.”  Whether the mental collapse caused the financial problems, or the financial problems caused the mental collapse is really not clear.  As a result of this, the family moved from Wisbech, Cambridgeshire, to the village of Finchley, as it was then, in North London.

Octavia’s maternal grandfather, Thomas Southwood Smith, was a doctor who, having been appointed to the London Fever Hospital in 1824, went on to write about public health and pioneered sanitary reform.  Octavia’s mother shared her father’s views on social reform, which doubtless influenced Octavia, along with her knowledge of her grandfather’s work in hospitals in the East End of London, where there was a high percentage of London’s poor.  She started making toys for children of the poor in her first venture to do something to help. 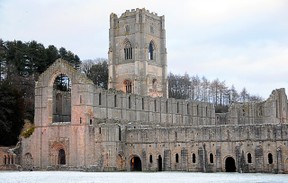 When she was 15, Octavia started working for John Ruskin at the Dulwich Art Gallery.  He trained her to be an artist; her role was to copy original works of art.  One of the works that she copied was the Doge Leonardo Loredan.  The original of this painting is on display in the National Gallery in London, Olivia’s version is in the Ruskin Gallery in Sheffield.  Olivia was also a writer, and she ensured that her articles about her social reform work were published in magazines where they’d get the attention of people with influence, one of whom was Queen Victoria’s second daughter, Princess Alice. 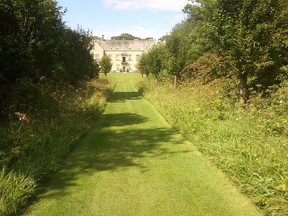 In 1864, she persuaded Ruskin to buy three houses in Paradise Place, Marylebone.  At the time of purchase, the whole area was slum dwellings and was known as Little Hell.  It wasn’t uncommon for rented properties to be like this in those days, there were no laws to protect people from unscrupulous landlords.

Ruskin asked Octavia to manage the properties for him, which she did, ensuring that repairs were carried out before leasing them to people on low incomes.  After a year, she had made Ruskin a 5% return on his investment, as he had requested before she started. She believed that rent collection was a job best suited to women, and the people who helped, all, initially, volunteers, would spend time with the tenants, learning about their lives and their needs, and showing genuine care and concern for them.  As time went on, Olivia took over the management of other properties, including some in St Christopher’s Place, which is now quite a trendy shopping area near to London’s Oxford Street.

Among her other accomplishments, Octavia was also responsible for the first independent cadet battalion in London, which went onto to become the army cadets.  However, over time, she became known for her work in preserving open spaces and campaigned to prevent building on places such as Hampstead Heath and Parliament Hill Fields.  In fact, Olivia was the first person to use the term “Green Belt” to refer to the area of rural land around London (and, later, other cities).  Olivia was a great believer in “pure earth, clean air and blue sky,” and her home in Kent became campaign headquarters for these conservation campaigns.

Perhaps what she is most famous for is being one of the founders of the National Trust in 1895, along with Robert Hunter and Hardwicke Rawnsley.  Today, the National Trust, now a registered charity, protects over 700 miles of coastline around England, Wales and Northern Ireland as well as forests, woodland, farmland, beaches, archaeological remains, villages and nature reserves.

Octavia died of cancer in August 1912.  Unfortunately, I haven’t been able to find any non-copyrighted photographs of her, but I hope the others will suffice.

The original painting of the Doge Leonardo Loredan

Yes, I think you are right. She somehow managed to get most people to pay their rent on time. Makes you think, doesn't it? Thank you for reading.

I might agree with Octavia Hill on providing pension and old age services, people tend to become lazy. In exceptional cases, however it might be required for genuine needs. Her views definitely provide food for thoughts. 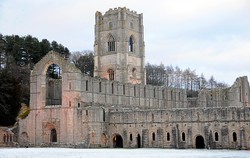