This is a tribute to Otis Redding, who I regard as one of the greatest Soul singers of all time.

Otis Redding was born in Dawson, Georgia on September 9, 1941. Music was in his soul at an early age. He moved to Macon where during his high school years he entered local talent competitions winning the $5 prize 15 consecutive times.

Such is his stature in the genre that if you talk about Soul music you have to talk about Otis Redding. Soul music originated in the United States of America from the African American creative genius, fusing rhythm & blues and gospel into a new musical expression.

His live performances were energetic, thrilling and masterful. The voice of Otis Redding came from deep within his soul. It could be rasping, gutsy and growling, or tender, gentle and loving. He knew how to use it and combine his movements on stage to evoke the passions of his audience.

Redding could have them eating out of the palm of his hand, or whip them up into a frenzy.  He could croon out a ballad like Try a Little Tenderness real slow and soulful and then up the pace towards the end taking the audience into a state of high excitement.

Albums like Otis Blue, The Dictionary of Soul, and The Soul Album were intensely passionate with emotional and arousing songs performed in his own unique style. These albums set the standard for those artists of the day and those that followed, influencing artists such as Willie Nelson, The Grateful Dead, The Black Crowes, Rod Stewart and many others.

As well as his voice and commanding stage presence he was a talented songwriter and musical arranger and was known as a hard-worker.  His major musical influences were Little Richard and Sam Cooke many whose songs he covered. He also made an impressive cover version of The Rolling Stones song, Satisfaction.  Redding also wrote and performed the song Respect which was famously covered by Aretha Franklin.

Other popular Redding numbers include My Girl and I’ve Been Loving You Too Long, and his greatest hit was (Sittin’ on) The Dock Of The Bay, which he recorded just a few days before he died in a plane crash in 1967.

Redding had been singing with Johnny Jenkins a guitarist and his band The Pinetoppers and had recorded with them on the Confederate label and later in Memphis with Stax Records in 19 62.  At the end of one recording session with Stax he was given the chance to record These Arms of Mine, a ballad he had written himself.   He went on to become one of the stars with Stax, recording with Booker T and the MGs and working closely with guitarist Steve Cropper.

Redding could also play guitar and actively involved himself in the arrangement of his songs and was popular with the other musicians he worked with and seen very much as an inspirational and motivating figure.

Although from 1965  until 1967 he was consistently in the R&B Charts with the single Mr Pitiful making a Top Ten appearance his other records never bettered 21, until (Sittin’ On) The Dock of the Bay was released after his death and then went on to top the charts for four weeks in 1968.  This song showed influences from pop, soul and folk drawing from the new influential artists of the day such as Bob Dylan.

He was backed by Booker T and the MGs and performed on the second day of the event.   His performance was sensational and he won over many American white fans to swell his fan base. His star was on the rise and there was promise of greater things.

With the growing popularity of his recordings and his sensational stage presence Reddingwas booked to appear at the biggest gig of the day.  The Monterey International Pop Festival was the first of the really big Pop festivals and its list of performing bands and artists was impressive and included many of the top music acts of the day, including The Mamas and Papas, Jefferson, Airplane, Jimi Hendrix, Janis Joplin, The Who, Simon and Garfunkel and many more.

Redding’s performance at the festival was a landmark him for because it was the first time he had played to a largely white audience that was made up mostly of white Hippies and the performers were mostly white Hippie bands and artists..  Although he had a strong white fan following in the UK and Europe he had played to mostly black audiences in his homeland.

Tragically, on the 10th of December, 1967 while flying with his backing group, The Bar-Kays, to perform in Madison, Wisconsin, his plane crashed in nearby LakeMonona.  Redding lost his life along with his backing group except Ben Cauley who was the only survivor.  Otis Redding was 26 years and left behind his wife, Zelma and their three children.

Today his heart and soul can still be found in his songs that remain as emotive and passionate today as when he first performed them.

Thanks Mira, very much appreciated. I have always loved his songs and performances always finding his delivery exciting, raw and touching - Soul music! Aretha changed the words slightly to give a more female perspective and delivered a truly wonderful version of 'Respect' http://en.wikipedia.org/wiki/Respect_... which is still one of my favorites!

I love Otis Redding! I didn't know Respect was his song, before it became Aretha's! Loved that bit about winning the $5 15 consecutive times -- ha ha!:) Since you mentioned Otis at Monterey, I looked it up on YouTube -- amazing!! Listening to I've Been Loving You -- what a song, and what a performance. Otis Reddings gives me goose bumps every time, and for quite a while now :-). Pinned to my new Music Board at Pinterest.

Just a few of my heroes from my misspent youth! Thanks for commenting.

Oh, I just love his music! Actually, I'm a big fan of all musicians that you wrote about.

Hi Paul, I never saw him live but have always been a big fan of his music and his achievements. Thanks for commenting!

Yes it was a terrible shame! Thanks for commenting.

It was a very sad loss. A clean living singer but yet he did not make it past that magic age of 27. In the music business too many die young from abuse. RIP

I think he was the sort of guy who would have been good at anything he tried. He always put his heart and soul in what he was doing. Thanks for commenting!

I was not familiar with Otis Redding. I tought it was a baseball player for some reason! 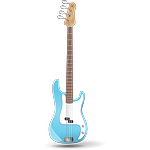