Ozone in the stratosphere is necessary. It shields us from harmful rays that originate in the sun. But, the layer of ozone has been damaged and continues to be damaged.

Ozone depletion has been a concern for some time, and having taught college students about this for years I have come to realize many people do not know exactly what this means. And if they do, they are not certain how it occurs, and why we should have concern.

In fact, there are two ozone problems that are distinct from one another, one is ozone depletion and the other has to do with too much ozone. Both are of concern, but the second problem occurs in industrial areas, and the ozone is low to the ground. We need ozone, but not at the height of the air we breathe. Ozone as a pollutant is serious, but not what this article will address. Here we will concentrate on the ozone in the ozone layer, and what having less of it means.

We Must Start by Knowing What Ozone Is

Ozone is a form of oxygen, but unlike the oxygen we breathe that has two oxygen atoms it has three atoms.  The oxygen we breathe has only two atoms, and is the normal way it is found.  This extra atom makes ozone react differently with both matter and energy.

How Does Ozone Help Us?

What Is Ozone’s Function?

When we get to small particles like atoms and molecules, and even smaller particles, things are different.  Small particles have a second set of rules.  Small particles move at discrete velocities meaning there are velocities they can go, but cannot have a velocity in between.  They take on added energy in certain allowable amounts, and only those amounts.  And their electrons can add energy, but only in allowable amounts.  This is the key to understanding how ozone does its job.

Light, and other waves like light collectively called electromagnetic waves are composed of discrete packets of energy called photons.  Each photon of a given frequency has a certain amount of energy associated with it.  When harmful ultraviolet waves enter the ozone layer the photons have just the right amount of energy to be absorbed.  This stops them high in the atmosphere.  Actually, a band of frequencies are absorbed, because it is so hot in the ozone layer that the incoming waves undergo a frequency change relative to the fast moving molecules.  This shift is called the Doppler shift.

Our Planet, Take Care of It

Where Is the Beneficial Ozone?

Is Beneficial Ozone High Above the Ground?

How Can Ozone Be Restored?

Ozone depletion occurs when chemicals cause the ozone to break down and unite with other molecules.  This can be caused by many different such chemicals, including some man has control over.  The propellants in aerosol cans used years ago had chemicals harmful to ozone.  Jet exhaust is another source of chemicals of concern.  And volcanic eruptions can pour much harmful gas high in the atmosphere.

Given time the ozone layer will fix itself.  Ozone is made by the ultraviolet rays in sunlight falling on oxygen, causing the oxygen to break down into two separated atoms.  These molecules combine with other oxygen to form ozone.  So, as long as the sun comes up and there is oxygen in the upper atmosphere ozone will form.

What Is the Ozone Hole?

The ozone hole is an area around the South Pole where the ozone gets scarce every year.  It seems to have grown since first detected.  But, the polar region has six months of night, and it occurs when the sun is not significant in the area.

This is used to sound an alarm that the hole could indicate a decrease in ozone around the world.  This decrease worldwide seems to be occurring.

One thing that I realized was possible is the panic that ozone might become extinct.  It seemed to me the alarmists meant to convey this, or were conveying it inadvertently.  Well, ozone is not a living thing, so extinction is not a concern.  Even of every molecule of ozone were to disappear, more would form.  It is a chemical compound made of oxygen, so it can be restored no matter the extent of the damage.  Sunlight will start the restoration process.

Why Do We Need Ozone?

Can We Do Without It?

We need ozone because if more ultraviolet waves reach the Earth skin cancer would increase, and sunscreen would not be enough to completely halt the increase.  Actually, there is a certain band of frequencies of ultraviolet that pose the real danger.  It happens ozone absorbs ultraviolet in this band.  Ultraviolet waves would impact both plants and animals.

The ultraviolet waves that are stopped also carry energy, which if absorbed by the ground would add to the energy of the lower atmosphere.  It is incorrect to blame global warming on ozone depletion, but it does contribute.  These are distinct problems, but not unrelated.  The photons strike the ground and cause molecules to shake.  They share the energy with each other, and with the atmosphere.  When the ground gives back energy it often is in the infrared part of the spectrum.  These are the rays that are captured by greenhouse gases, so the energy gets trapped in the Earth and lower atmosphere.

The inroductory image is one of our Zazzle products using a NASA image that is in public domain.

I forgot to answer the question about space junk. The answer is no. It is becoming significant, but not yet a critical problem.

Frank, I have glasses, and my wife;s cousin is an eye doctor. He told me I needed tinted glasses to prevent eye damage from uv rays, so I see how your problem could have occurred. I have early cataracts as well, The interference with nature has many problems. What is now needed is time so the ozone hole can heal, but in that time we must avoid further damage.

DiedriuMarriner, I am aware of the hole in Antarctica, and australia does go far south. Realize it is not like a hole cut in a piece of paper, the ozone would thin over a large expanse of time before the actual "hole" occurs, so it would seem natural to have an effect over southern Australia.,

The information about ultra-violet light is pertinent to me because a couple of years ago the optician detected slight clouding in my eyes, the very earliest stages of cataract. I attribute the condition to the fact that I live an outdoor life and did not wear sunglasses, so I have suffered from ultra-violet exposure. I now wear refraction lenses which darken when exposed to ultra-violet light, and happily since then the condition has not worsened. I suppose that ozone depletion has not helped.

blackspanielgallery, The feel, look and scent of early morning air confirms for us that Mother Nature knows how to heal, almost no matter the excesses of the previous day and night.
Doesn't the ozone hole result in Aussies in some parts of the Land Down Under having to wear head and neck protection at least part of the year?
In another direction, have you written on space trash? Please excuse me for asking the question if you already have done so, but I'm just starting to read through your Wizzleys.

Discussing Orgone and how Orgonite has changed the skies in South Africa and ... 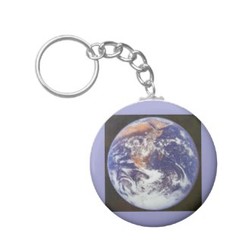 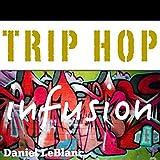 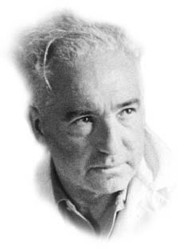 Discussing Orgone and how Orgonite has changed the skies in South Africa and Zimbabwe. Gifting for the future.
84%  4   5 LiamBean
Engineering