You'll be humming "Give Peace a Chance" as you nod off to sleep in this chic hippie bedding.

Sixties hippie culture is alive an well in many of the hearts of today's teen agers. My mom thinks its a hoot. She remembers everyone in her college dorm tie dying sheets and then taking a wooden stamp and decorating the tie dyed sheets with peace signs. That way they could either sleep on the peace sign sheets or hang them out the window in support of the protest marches against the War or in favor of civil rights. Somehow she says it just blended all together like the tie-dyed sheets.

While it's hard to believe that we could actually be nostalgic for those times, it is understandable to want the passion of big dreams that were alive then. JFK said we're going to the moon (and coming back) and a generation followed him. They raced fast cars on the beach at Daytona, drank beer, and danced to the Beach Boys. MLK inspired thousands to march for their freedom and others. And then the War came and got big and it drowned out everything - except for the plea of young generation Give Peace a Chance.

Styles from Groovy to Psychedelic

Tweens and teens seem mesmerized by peace sign decor. I think it's more than just a fascination with a graphic design and bright colors. They watch the rebelliousness of those times and the passion with which a generation spoke - and quite frankly they're jealous. They are searching for a voice and they're finding style. But whether their generation will find a passion, I'm not so sure. Our leaders gave us a Race for the Moon in the Sixties and we then loved science and math. Today's leaders gave their children standardized tests and more grades - and math and science scores fell yet again.

You don't have to be a tuned-out hippie to love peace sign decor, you can love your hippie style even if you're part of the Silent Majority. Whether you decorate yourself in a peace sign necklace or a flag shirt, you can still want peace on earth. There are a lot of dimensions to patriotism and loyalty to this country. Many times you'll see peace signs decorated in patriotic red, white and blue flag motif.

There are lots of choices in peace sign bedding and sheets. You can go for the bold peace signs or the smaller ditzy print peace signs. You'll have to decide which scale is right for your personality and bedroom. Usually with a bold graphic print you have to pick a solid companion color to anchor it. The prints are so varied these days that both boys and girls will easily be able to design their rooms around a peace sign print.

Peace sign bedding and sheets come in a wide area of cotton, microfibers and flannel, So you'll be comfortable sleeping year round. A peace sign bedroom is a positive way to let your tween grow from their younger years into a more mature design style. They can start with a peace sign comforter and then start adding some other bedroom accessories if they choose. If they decide to stay with just the bedding and sheets, it's still a great visual focal point.

A buckwheat pillow is filled with natural buckwheat hulls. It's a traditional...

For a beautiful tropical themed bedroom, start with a Hawaiian quilt. Choose ... 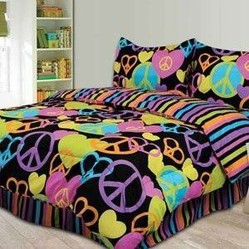 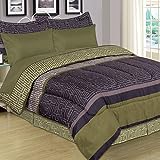 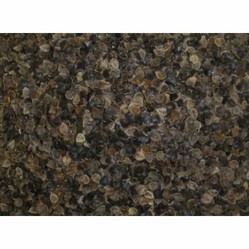 A buckwheat pillow is filled with natural buckwheat hulls. It's a traditional Japanese approach to a good night's sleep. Great for allergies, comfort and keeping cool.
46%  6   4 ExploreDecor
Bedding and Pillows 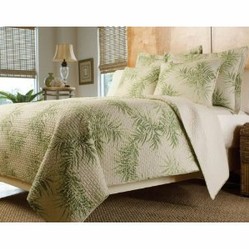 For a beautiful tropical themed bedroom, start with a Hawaiian quilt. Choose from many colors and designs to transform your boring bedroom into an island dream.
Loading ...
Error!