A Pet Sematary Blu-ray has finally risen from the horror movie back catalog burial ground. Check out the cult Stephen King classic in high definition on blu-ray.

A Pet Sematary Blu-ray has finally risen, perhaps finally giving eternally restless fans of the 1989 film the opportunity to rest in peace. Horror movie junkies and naive newcomers: prepare to be terrified watching the cult classic in high definition.

The Pet Sematary movie taught us a couple of things. Firstly, don’t start a pet cemetery on top of an Indian burial ground and secondly, prepared to be scared when you watch a Stephen King horror-adaption.

Read on to learn about the movie and the blu-ray release as well a review and information about the soundtrack, novel and how the Pet Sematary film sits alongside King’s other film adaptations.

Watch the original movie trailer for Pet Sematary in high definition below:

Stephen King has been terrorizing movie goers since Carrie in 1976. The film adaptations of his books read like a Halloween checklist for movies to watch if you want nightmares. Think of the iconic Stanley Kubrick and Jack Nicholson film The Shining in 1980 and Firestarter in 1984, not to mention Cujo (1983), The Dead Zone (1983), Christine (1983), Children of the Corn (1984) and Misery (1990). There are also cinema classics like Stand by Me (1986), The Shawshank Redemption (1994) and The Green Mile (1999) that movie fans can thank Stephen King for.

In short, it’s hardly news that Stephen King is an institution when it comes to cinema. Pet Sematary may not sit on the shelf with some of his film classics, but it is no doubt a classic of the horror genre. The novel itself is the only book King has written that he has admitted scared even himself.

The screenplay was written by Stephen King, the first time he had adapted one of his own novels. The result was a movie adaptation that King was far more involved in than earlier productions, including insistence on certain filming locations and adherence to the screenplay. This may have been a result of King’s experience with the adaptation of The Shining in 1980, which he initially did not enjoy due to Kubric changing some of the thematic elements of the original novel.

The movie certainly falls into the category of ‘cult classic’, as it certainly isn’t one of King’s most critically acclaimed film adaption. However, most fans of the horror genre love the movie and it was met with financial success, grossing US$57 million on release on an $11 million budget.

Paramount Pictures distributed the film and Richard P. Rubinstein produced it with Mary Lambert directing. As if the novel wasn’t scary enough, Lambert ramped up the gory special effects. Although some of those effects may have dated, the movie’s subject matter, the haunting score by Elliot Goldenthal and some powerful acting performances still ensure high levels of discomfort when watching this movie alone.

Released in 1984, modern movie watchers won’t recognize many of the cast. However, Fred Gwynne who played Jud Crandall, may look familiar from his long list of supporting film roles and for playing Herman Munster on The Munsters.  The Creed family was played by Dale Midkiff as the dad, Louis, Denise Crosby as Rachel the mom, an unsettling performance by Miko Hughes as Gage, and Blaze and Beau Berdahl as Ellie. A man, Andrew Hubatsek, was selected to play Rachel Creed’s undead sister Zelda, in order to make the character even more gaunt and scary. Other cast members include Brad Greenquist as Victor Pascow and Michael Lombard as Irwin Goldman. Pet Sematary featured King himself in a cameo as a minister.

The plot revolves around the Creed family, who has just moved into a new home. Unfortunately the house is sandwiched between an old burial ground and a busy road frequented by speeding trucks. Naturally, the townsfolk are reluctant to talk about the cemetery, but Louis Creed soon has a nightmare where he is visited by a neighbor who has just died, warning him about its true nature.

The Creed family bury their cat ‘Church’, another victim of that road, in a pet cemetery next to the burial ground and the cat later rises as a vicious, undead reanimated corpse. When his son Gage dies, Louis must face the inevitable question of whether he should bury him in the burial ground in the hope he will come back. His answer and the resulting terror will not surprise you, but it will scare you.

The film was followed by a sequel, Pet Sematary Two in 1992. It was not as successful as the original, critically or financially. However, it did boast a cast more familiar to modern audiences. It starred Edward Furlong, Anthony Edwards and Clancy Brown. Long destined for a remake, Matthew Greenberg is currently writing a screenplay to be produced by Steven Schneider for Paramount Pictures.

The Pet Sematary blu-ray release date is October 2nd, 2012. Click here to pre-order from Amazon or click the blu-ray image on the right.

Not only does the Pet Sematary Blu-ray feature the horror classic in high definition, 1080p, but it contains a number of special features. The special features include a commentary by director Mary Lambert as well as three behind-the-scenes featurettes. One of the featurettes is about the characters and another is a short feature titled 'filming the horror' about the making of the movie. The final featurette is called Stephen King Territory, and features King discussing the novel’s settings and filming locations.

Pet Sematary is presented in its original aspect ratio of 1.85:1. It also has a 5.1 DTS-HD Master Audio track. Subtitles are available in English, French, Portuguese and Spanish. As can be expected, the blu-ray has AC-3, Dolby and DTS Surround Sound.

King wrote Pet Sematary after being inspired by the busy road next to where he was staying near University of Maine at Orono, and the unofficial pet cemetery it spawned nearby. King’s own cat Smucky was buried there by his daughter Naomi.  Originally he and his family thought he had gone too far with the novel’s subject matter and had decided to leave it unpublished. However, it was eventually used to fill a contract requirement with his publishing company.

It was released in 1983 and went onto inspire the motion picture, its sequel, a hit song by the Ramones, a BBC Radio 4 dramatization, and has long been destined for another film remake.

The original novel was nominated for the World Fantasy Award for Best Novel in 1984, but lost out to The Dragon Waiting by John M. Ford. Stephen King has been nominated for the award many times. In fact, he was nominated in the second year of the awards for Salem's Lot in 1976 but that year he lost to Bid Time Return by Richard Matheson. Despite all his nominations he has yet to win. He has been nominated this year for 11/22/63.

Pet Sematary was also notable for its acclaimed score and for giving The Ramones one of their biggest hits for "Pet Sematary", a song they wrote for the film’s credits. Admittedly, the song was not popular with the Ramone's regular fan base but it did help them achieve more mainstream success. One of their other songs, "Sheena Is a Punk Rocker”, is also played during the movie itself. Stephen King was a Ramones fan, which led to their involvement in the movie.

The score showcased composer Elliot Goldenthal in his mainstream score debut. Since then Goldenthal has gone onto compose music for Alien 3 (1992), Demolition Man (1993), Batman Forever and Heat in 1995, S.W.A.T. (2003), Public Enemies (2009), and many more. He received Oscar nominations for Interview with the Vampire in 1994 and Michael Collins in 1996. In 2002 Goldenthal won the Oscar for Best Original Score in 2002 for Frida.

The Pet Sematary Soundtrack used a small orchestral, electronics and a boys' choir, The Zarathustra Boys Chorus, to create a haunting sound that truly encapsulates the horror faced by the characters in the film.

The Pet Sematary: Original Motion Picture Soundtrack that was released in 1989 had 22 tracks with a runtime of 27:39. It was released by Varèse Sarabande.

Neither of The Ramones tracks were featured on the 1989 soundtrack release.

Stephen King: Master of the Genre

There’s no doubt that Stephen King is a master of the horror genre. Here’s a video by Reelz listing the top 10 Stephen King movies as selected by movie fans. Of those listed only three don’t fit easily into the horror category. Those three, The Shawshank Redemption, Stand By Me and The Green Mile have all received critical acclaim in mainstream cinema.

As voted on Reelz

Check out some of these great works from Stephen King:

Get the Gringo DVD and Movie Review
Mel Gibson returns to type in 2012's Get the Gringo, a gritty action movie where the main character shoots firsts and asks questions later. Check out the DVD and movie review.

Oh my Pet Sematary is such a spine tingling thriller/horror can't wait to see it in 3D. :)K

Thanks for your comment :) No, it's definitely not for those who scare easy!

Great article with a lot of interesting information! Seems a bit too scary for me though!

Rocky: The Undisputed Collection is the best complete set of Rocky movies ava... 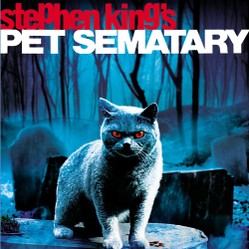 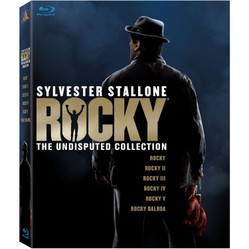 Rocky: The Undisputed Collection is the best complete set of Rocky movies available. It contains all of the movies on Blu-ray as well as an additional 7th disk of special features.
30%  1   4 Mike_W
Action and Adventure Movies