Pig-Man: The Half Human Hybrid Running Around Cannock Chase

For over seventy years, Staffordshire people have been seeing a strange entity in the Chase. Is there really a humanoid pig on the loose?

Lying across vast swathes of the South Staffordshire coalfield, Cannock Chase has always had a bit of a weird reputation.

Ghosts, big cats, sasquatch and serial killers have all had their stories linked to the place. It's seen more than its fair share of UFOs too. Yet nothing glimpsed between its trees has been quite as bizarre as the Pig-Man.

Humanoid and the height of a tall, stocky man, this creature has the head of a pig. It squeals like one too, yet it wears clothes. What on Earth is going on?

The Pig-Man in Mysterious Cannock Chase

It's a very old forest. There's still an iron age fortress built by the ancient Celts up there! So what is lurking in it, and why? 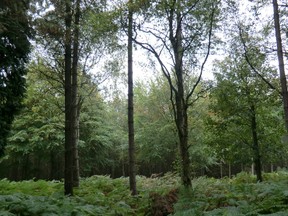 Pick any of the old mining towns around Cannock Chase, go back to the 1940s, and you'll hear the children singing a skipping song:

“When night falls, enter the woods at your peril,
For inside lurks something worse than the devil.
Avoid at all costs the gathering place,
Where at midnight the pig-man roams on Cannock Chase.”

It could be dismissed as a bit of childish folly, but for one pertinent fact. The Pig-Man was being seen then, and it's still being seen now. It was spotted as recently as this year.

Haunting squeals have sounded through the trees and heathland of this Staffordshire beauty spot. Such reports are much more hilarious, when told in a Black Country pub, than when caught alone in the forest. Then the visibility closes in. The dense woodland that hid serial killer Raymond Morris now stops many finding the source of that angry oink.

They just know that it's out there. And it could have them in its sights.

UFOs, Werewolves and The Pig-Man by Lee Bickley

Or check it out on Amazon UK: UFOs, Werewolves & The Pig-Man.

Theories about the Pig-Man of Cannock Chase

Naturally such a story has attracted many ideas concerning its origin. Some outlandish, some pragmatic. 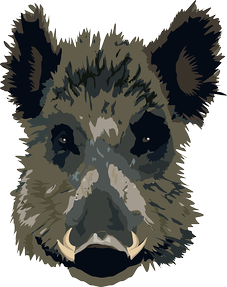 Wild boar was once sought in Cannock Chase, until the Medieval huntsmen wiped them all out of existence. It's been theorized that Pig-Man could be a sighting of a survivor, whose ancestors have kept themselves safely entrenched in the forest depths.

But how does that explain the human clothing?

There's a local tradition about werewolves prowling the Chase at full moon.  Could the Pig-Man be some kind of porcine cousin?  A human being, who turns into a swine instead?

Yet more have pointed out that the military have used (and still use) Cannock Chase for all manner of manoeuvrings.  Ruins of Prisoner of War camps, and the attendant German cemeteries, line glades in that forest, not to mention the Barracks Museum up Marquess Drive. Unwary wanderers have heard the shots of the modern army in training amidst the ferns and other foliage.

(And I can personally testify to that, having been surprised by rapid gunfire around midnight up Castle Ring.  I don't think my friends and I have ever run so fast, as back to our car that night!)

So what if something more occurred within those bunkers?  Experiments perchance, amongst the chemical weapons and other accoutrements of warfare? Is that how Pig-Man came into existence?

Or merely a military scare story designed to keep the children away?

Hi Lee, Thank you very much for stopping by, and for your lovely offer. I've got your book on my wish list for Christmas, but I don't know if I'll wait that long to get it! :)

Hi guys, I actually wrote this book and I'm so glad it has resulted in such a long and thorough conversation! Just thought I'd stop by and let you all know that I'm free and willing to answer any questions you might have about the Legend of the Pig-man in Cannock Chase ;)

I have had some moments of lovely pareidolia in the Chase. Then there was the time when I looked, assumed pareidolia, then the thing moved. It turned out to be a stag, not far away.

Ordinarily, I'd be nodding in agreement with your ancient Pagan theory. But there's no evidence that this legend dates back before the 1940s, when there was a lot of WWII activity up there. Maybe it was easier to imagine a Pig-Man squealing in the woods, than to acknowledge the POW camp and the ever growing German cemetery.

I love the boar crest theory. This was Mercian territory around here. We're about 20 mins - half an hour away from Offa's Dyke. Before that, this was Powys. For the indigenous Celts, the Mercians coming through would certainly have seemed like bogeyman.

Legends often have several roots, streams that flow together to make them. Another thought struck me. The Anglo-Saxon earls would have an official called a hog guard, the pig warden, to protect their large herds of pigs. Pigs would have been herded on the woodland of Cannock Chase, and there would have been a hog guard. A particularly nasty hog guard may have contributed to the legend. He was the pigman. When someone particularly nasty dies, some people fear his roaming spirit. Just as Alexander the Great is a bogeyman to Indian children 2300 years after his death, the pig man might have become a bogeyman in the Cannock Chase area.

I have just done some research. Anglo-Saxon warriors often used boar crest helmets, as the boar was a magical animal. Could this be a contribution to the legend?

There is the problem that when an object is fleetingly seen, the mind joins up the dots and imposes a pattern on it, which will be drawn from the brain's stock of visual images. I suspect that this is what is happening with pigman sightings, which occur after dark has fallen. People see the pigman because they expect to see it.

Behind the pigman is, I suspect, a legend that goes back to ancient times. A shaman often wore an animal mask, as we can see from pictures in ancient caves. It was also the case that paganism did not die out when Christianity arrived, and people carried on their old rituals. A shaman in a pig's mask may well have performed rituals, and this could have gone on well into the middle ages. Thus the memory of the pigman lurked in popular consciousness. He is now a kind of bogeyman.

As for squeals, pigs are woodland creatures adept at hiding among the trees. Pigs that have got loose in woods are almost uncatchable. There coukd well be a feral pig population in the area, and this would have been reinforced by wild boar, that are now spreading

John - It's an old mining area. The region is full of closed pits and ex-miners. But plenty of room to hide a secret research facility, especially hidden in an old coal shaft. Ooooh! The plot thickens!

Frank - I think that the main thing is that it's been woodland since the Ice Age. The Cornovii had their hill forts up there, the Mercians hunted there, the Normans built castles on the outskirts (well, one castle), and it's continued to be a forest ever since. That's a lot of time for things to happen. Plus it's where the POW camps were during the Second World War. The German cemetery is quite big, which tells us a lot about conditions in those camps.

And, indeed, there are a lot of pubs.

Rupert - Some cropped up in Animal Farm. It was hard to tell the difference between them and the humans...

Just did some searches on Cannock Chase. Seems to be a lot of jobs for lab technicians there. But no real labs... Just a hospital... Maybe the pigman escaped from a secret research facility nearby??

Is There a British Bigfoot on Ben MacDhui?

Hunting Sasquatch? Equipment you will Need to Find Bigfoot

These secretive humanoid creatures have been seen all over North America. You... 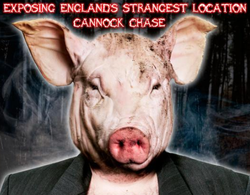 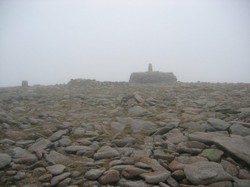 Is There a British Bigfoot on Ben MacDhui?

It's big; it's hairy; it lives in a remote, wild place; and it has a bipedal humanoid shape. But this isn't the Pacific North-West. It's Scotland.
80%  2   8 JoHarrington
Sasquatch 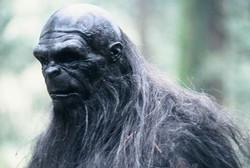 Hunting Sasquatch? Equipment you will Need to Find Bigfoot

These secretive humanoid creatures have been seen all over North America. You will need to be prepared, if you want your own sighting.
100%  21   8 JoHarrington
Legends