Places I Plan To Go in My RV

One of the things on my "Bucket List" says to "Visit 100 Places To Go Before You Die". These are those 100 places I want to go. I'll edit this list as I go to each place

The RV Trip To Alaska

(Or Why I am Creating This List and How I'll Be Using It...)

I'm hoping to have the RV and be ready to leave for Alaska by summer 2012. I'm planning to visit all 50 states and all 13 providences/territories on my way to Alaska. The trip is planned to take 10 years. I plan to fund the trip (food, gas, campground fees) totally 100% by writing and photography - I'm kind of out to prove that it can be done, so I plan to write an article for every place I visit along the way, which means I'll eventually be writing an article for each of the places on this list, and you'll be seeing them listed here as I write them.

As you may or my not already know (depending on if you read my articles and blogs or not) I am currently saving up for a Winnebago Access/Chalet 31J, which I'll be registering as a GeoCaching.com Travel Bug. I have been homeless for many years now living back and forth between a tent and a Volvo and staying at my dad's apartment during the coldest/wettest weather, when tent/car living is not really an option. For the first few years of homelessness (due to a flood) my goal was to get back in a house once again. However as the years have gone by (today June 6, 2011 marks 5 years and 28 days since the flood) I have found myself growing less and less inclined to want a house. It seems that I am well suited to life in a tent, living close to nature, and traveling from one spot to the next, in fact now that I've been doing this, I look at the idea of getting back into a house almost as if it was going to prison. Strange thought I suppose, but as I have changed, so too have my goals and no more am I working towards getting back into a house. Instead, I'm working towards getting an RV and spending the rest of my life traveling across the country.

I am planning a trip to Alaska in an RV, stopping for hiking, bird watching, and traveling almost exclusively using scenic byways and little used back roads (avoiding major highways when ever possible) across the United States and Canada. It is a planned 10-year trip during which time I will be photographing and writing books on living full time in an RV while traveling across the USA & Canada.

I hope to be leaving Maine in the RV in summer 2012. We (me, 14 cats, and a dog) well be crossing into the Canadian boarder probably 10 times during the trip (from a different state each time) before finally making the last leg of the trip up and across to Alaska.

It's a very zig-zaggy trip as we plan to visit all 50 USA states and all 13 Canadian providences/territories. Though how we are going to get the RV to Hawaii is still up to debate, but as being a registered Travel Bug requires the vehical to physically be present at the location to be counted, and the goal of this particular Travel Bug is all 50 states plus all 13 provideances, the RV itself must also be physically IN Hawaii to be counted as having been in all 50 locations! I think there is a long boat trip ahead once we reach California. (I'll write an article on Travel Bugs and GeoCaching soon, for thouse who don't know what it means.)

I am at the moment preparing for this trip by looking for information, brochures, etc of interest to a self-employed person living full time in a motor-home, with a special interest in natural history, native cultures, bird watching, geocaching, and pet-friendly activities (as I have 14 cats and a retired racing Greyhound is soon to be joining our family).

Well, as the hundreds of brochures come in the mail (I'm getting an average of 30 to 40 per day! I sent for A LOT of stuff!) I'm slowly going through them and marking off the places I want to see along the way, and that is where this list comes in. I'm making a list of the 100 places I plan to be going to on my way to Alaska.

As you will notice, the list is partially empty as I'll be adding to it as I think of places to go. Plan on this list being updated a few times a week over the next several months. And if you have a favorite place you have seen and think we should see along the way, please, by all means, leave a comment and let me know what it is and where it is. (As long as it's in the USA or Canada)

(Not in actual travel order - boy would THAT be a zig-zag mess!)

I've seen it before, but I was 6 years old and want to see it again.

I've been to New York but never seen her, got to go back and see America's most famous statue.

It's one of those things I've always wanted to see.

Because I keep watching "Close Encounters of the Third Kind" and every time I see that movie I tell myself, someday I'm going to go see that weird freaky mountain that looks like it came from outer space.

Anybody who really knows me, knows the reason this one is here. This lake/volcano gets featured in nearly every book and short story I write.

6. That Dinosaur museum in North Dakota

I forget the name so I'll have to go look it up and add it here later! LOL!

EDIT: I just looked it up, it's called The Dakota Dinosaur Museum! Duh!

No idea why, it just popped into my head as one of those things I need to see just so I can say I saw it.

What I said about Crater Lake? Ditto for this one.

Which is currently closed and I am waiting to hear when they will be opening it again. They are looking for a new location so it'll be opening again some day, just no idea when or where it's going to be.

I've seen it before, I know where it is and how to get there, I just want to go back so I can say I was there as part of my RV trip. :)

This'll be near the end of my trip, unless I go to Alaska twice, but I may just do that, you never know.

And there's more to come....I'm still searching and trying to figure out where else to go!

Have you ever been on an RV Trip?

More Pages By Me:

100 Ways to Improve Your Life (Part 1)
Otherwise known as "100 Things I Would Like to Do to Improve My Own Life". Might as well help you improve your own life at the same time, right?

Travel Pages By Others:

Horseshoe Bend / Canyon Posters and Prints
Get ready to see one of the most amazing rock formations of all times. This place is a work of art from heavenly hands.

As I mentioned above, this list is partially empty (it's supposed to have 100 things on it and I haven't thought of 100 places yet!) and far from finished, as I'll be adding to it as I think of places to go. This trip is still in the planning stages, and I'm still a few months away from being able to buy the RV. So, please keep coming back to see what's been added here, as I plan on this list being updated a few times a week over the next several months. And as I mentioned above if you have a favorite place you have seen and think we should see along the way, please, by all means, leave a comment and let me know what it is and where it is. Any place you like, weird, famous, little known, historical, natural, manmade, place of interest, place of beauty, museums, amusement parks, any thing, every thing as long as it's in the USA or Canada., leave a comment below and let me know about it so I can add it to my list and plan to stop and see it on my way! Heck, if you want, once this trip gets going I can even let you know what date I plan to be there and you could stop by the RV for tea. I do love meeting my fans and readers.

Many hugs to all.

Thank you for reading my page!

This sounds like it's going to be an incredible trip! I'm looking forward to all your updates. Are you going to post them here or keep a separate blog? I don't live in N. America and have only seen one of the sights you mentioned so my ideas are all rather predictable but I'd personally visit the Grand Canyon and some of those beautiful National Parks on both sides of the border.

By Judith Glynn Hop-on, hop-off or tour the Kentucky Bourbon Trail® in three ...

Where to plan your next road trip in the USA, from National Parks to big citi... 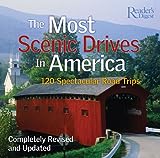 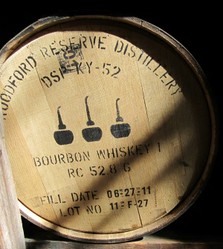 By Judith Glynn Hop-on, hop-off or tour the Kentucky Bourbon Trail® in three days. Guides at the distilleries. Learn how bourbon is made. Sip samples. Stop in towns along the way.
30%  1   4 kiwisoutback
US Road Trips 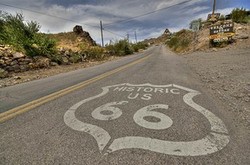 Where to plan your next road trip in the USA, from National Parks to big cities, this guide covers it all.
Loading ...
Error!