Once found in abundance the tiger in India faces extinction. The decline happened at the turn of the 20th century. Project Tiger a conservation initiative is the savior...

The tiger arrived in India from the cold climes of Siberia and perhaps China. It settled well in Sunderbans in the Bengal State and hence called the Bengal Tiger. It then spread all over the country in forest and grassland ecosystems. Its population at peak reached more than hundred thousand very much in recent times i.e. beginning the 20th Century. Then the slide began...

The sordid saga of death and near extinction began whence firearms arrived and made it possible to hunt the big cat (wildlife) indiscriminately. This accompanied by habitat destruction brought the predator on brink of extinction. In the seventies, the picture became much sordid whence only 1400 hundred or fewer tigers were left in the wild.

At the helm was prime minister Indira Gandhi who valued the country's heritage and decided to come forward in aid of the big cat the National Animal. Project Tiger was thus launched in the year 1973 post the legislation Wildlife Protection Act 1972. And the story turned around... 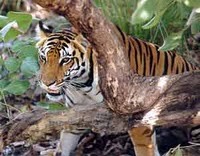 The hunting menace started with the arrival of the British in India, besides erstwhile Maharajahs & Nawabs, and continued with greater menace post-independence. Many hunting companies had taken a foothold in the country by then. They became revenue earners, for a paltry sum one could hunt the beast, while the companies organized the trips.

The elites and the Maharajahs continued to hunt, sometimes the numbers were horrendous. Killing thirty tigers in a month or over a hundred of them was not a matter of surprise. Without realizing the sharp decline the enterprise continued. Whence the realization dawned that very few were left in the wild the Project Tiger came into the picture. Earlier the Wildlife Protection Act 1972 had put a full stop to the killing of wild animals in India much to the chagrin of hunters ad poachers.

The Project Tiger Program began to assimilate bits and pieces of shards in order to recoup the big cat numbers. The picture was dismal, and in order to provide the animal with protection and suitable habitats the tiger reserves part of the protected area, concept were established. This was one of the major steps that proved hugely successful after initial hiccups.

With more and more reserves being established the future of big cats began to appear bright. The upswing had begun, and the country's wildlife managers and conservation enthusiasts were euphoric. After continued conservation efforts the number was presumed to have increased to 4000 plus. This was a fallacy as the census was not in a scientific manner. The pug mark counting method had its flaws.

Anyway, complacency proved disastrous. Without any realization, the nascent program was being smitten by poachers eager to fulfill the demand for bones in TCM or the Chinese System of Medicine. These countries had decimated all their big cats and looked towards India as a supply source.

As mentioned earlier illegal wildlife trade had a network of promoters in India, and the poverty-stricken traditional hunting tribes could easily be bought with a paltry sum for the heinous acts. This happened with the connivance of some forest officials and guards.

In the year 2008, the complete absence of the predators in the Panna Tiger Reserve in MP came to notice. But it was too late, all the tigers had been wiped out by the nexus between poachers and smugglers involved in the illegal wildlife trade. A report published in 2011 stated precisely the same, and the crime was being carried out since the year 1989. The cases against the perpetrators were closed with absurd explanations, and no major investigation agency like CBI was called in.

The story was the same as in Sariska Tiger Reserve in Rajasthan as well. Probably the same modus operandi had lead to the complete wipeout of big cats from Sariska in 2005. At the helm of both tragic instances was a smuggler called Sansar Chand who during forty years of wildlife trafficking was never arrested. This fact came to notice much later.

A sudden jolt struck those behind the conservation of tiger, and the awakening lead to a grand recovery post-2014, and it continues till this day. Though the threat looms large from local poachers, wildlife parts traffickers, and man-animal conflict near the reserves the mitigation has resulted in successful breeding. But nevertheless, extra vigilance tightening of the security apparatus, and numerous conservation initiatives has brought the animal back from the brink but the struggle remains.

Status of Tigers in India 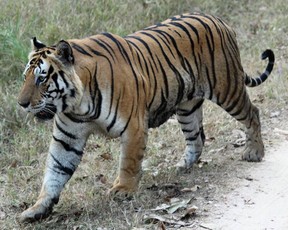 The census is conducted scientifically after every five years the numbers are encouraging, and the population in fifty tiger reserves and outside together stand at 2967 constituting seventy-five percent of the global population. The census is near accurate using camera traps, historical evidence, reports, and much more.

All viable habitats are being reclaimed/developed and turned into tiger reserves. The mechanism of protection is the strongest in the core areas, and weak in the outer rings or buffer where fewer cats exist...

In core areas, human habitation is not allowed only the workforce lives there. No commercial activities are permitted except controlled tourism in twenty percent of the core. In recent times tourism is also organized in forests with good crown cover in the outer ring.

All through the tiger reserves pan India, fire watchers huts and anti-poaching camps have been established to protect the animals and  the forests. Subject to intense patrolling and alacrity the poaching incidence has been successfully mitigated to a great extent. Overall attention paid towards wildlife conservation is paying rich dividends. The forest staff and wildlife managers are committed and dedicated to their tasks with sincerity, hence the population is recovering in most of the reserves.

Tiger conservation in the country is all-encompassing and holistic thanks to scientific institutions, able wildlife managers, and the foot soldiers the sentinels of the wild.

Tourism has empowered local communities through skills and finances. They have become part of additional support systems proudly aiding the conservation of their heritage. A tide has been turned for saving the tiger in India.

NGOs like the WPSI have fought tooth and nail against the poachers. Funds from WWF for nature and other institutions have been extremely helpful. Local NGOs and village-level societies too contribute towards habitat and wildlife protection by being part of the system.

The Highlands of Central India - Land of Korkus and Gonds
From Heaven unto the Earth a Land DivineThe Satpura Range HighlandsJames Forsyth a wonderful storyteller becoming one perhaps by circumstance unlike Kipling, nar...

Saving the sink precursor to the survival of the tigers in India
The Contingency & The PA Concept   I remember my first visit to Kanha National Park in the early seventies. The Wildlife Protection Act was promulga... 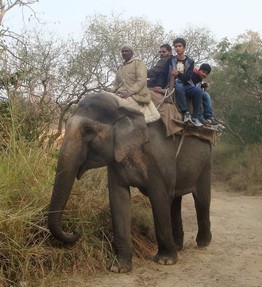 Tourism is an appreciable source of revenue generation. This revenue is plowed back into conservation, and park maintenance. Funds are also contributed by the Central and State Governments besides many NGOs.

The tourism activities in the parks are well regulated and constantly monitored by quasi-government bodies like NTCA  hence no harm is being done. On the contrary, the tiger reserves provide ample employment to the locals ,and so do the tourism and the local hospitality businesses. Ecosystem revival is a mind-boggling success.

The reserves have proven to be the shining stars of tiger protection and wildlife conservation in India. The future for the big cats seems bright but in spite, the battle seems to have been half won. The animals on brink of extinction are slowly making a comeback.

"Do nothing And do not let anyone do anything" .(Let Nature Prevail and Heal Itself)

To this day human interventions are minimized in the reserves.

Tigers are majestic animals yes.
Read More About Them

Tigers are superb animals. I'd love to learn more about them. It's so wonderful when these wild animals have a habitat to call their own, and so natural, in fact! That 1972 is quite marvelous and necessary. Incidentally, I find zoos terribly depressing, and wish there were more ways for kids and adults to see these animals in the wild.

That is the way the World goes!

Humans should die naturally, killing humans is only justifiable as a last resort to prevent a greater evil.

Pug marks counting was relied upon before technology stepped in. It along with hidden camera and scientific calculations the census is now more accurate however tigers are mysterious animals and hundred percent accuracy is difficult to reach. The numbers in India at present juncture are growing. Thanks for the comment!

Pug marks counting was relied upon before technology stepped in. It along with hidden camera and scientific calculations the census is now more accurate however tigers are mysterious animals and hundred percent accuracy is difficult to reach. The numbers in India at present juncture are growing. Thanks for the comment!

When you kill wild animal for food make sure their population is much over the brink. In India there is complete ban on hunting wildlife since 1972. The country is strong on vegetarian ethos hence the ban. Wildlife is slowly bouncing back. Thanks for the comment.

When you kill wild animal for food make sure their population is much over the brink. In India there is complete ban on hunting wildlife since 1972. The country is strong on vegetarian ethos hence the ban. Wildlife is slowly bouncing back. Thanks for the comment.

pateluday, Thank you for the practical information, pretty pictures and product lines.
Did the census takers and analysts know at the time that pug mark counting is flawed? Is it possible that that was the only means to be carried out at the time or was it the cheapest and easiest?
It's reassuring to know that big cats are being saved in the subcontinent since it appears to me from their pictures that they like their Indian habitats.

Found only on Hawaiian island of Moloka'i, Paroreomyza flammea, known as the ... 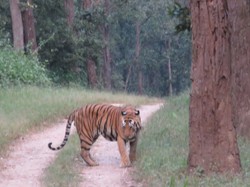 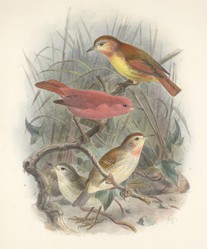 Found only on Hawaiian island of Moloka'i, Paroreomyza flammea, known as the Moloka'i creeper, has not been sighted since the 1960s. Is this scarlet creeper rare (safe) or extinct?
80%  8   7 DerdriuMarriner
Biodiversity 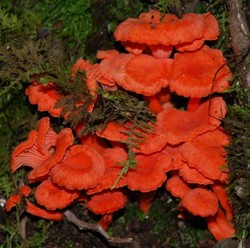