Features and launch date of the new PS Vita, specs, launch titles and prices. Find out everything about the newest handheld gaming device from Playstation.

The newest handheld from Sony Playstation, the Ps Vita, will be released in February. With only a short few weeks to go there is much speculation as to what we can expect from what has been dubbed the next generation of handheld gaming consoles, and the Ps Vita has some impressive specs.

There are a few options for anyone who can't wait to get their hands on the newest model, and plenty of questions from gamers about what the playstation vita has to offer.

If you are looking to get your hands on one as soon as possible then the good news is that there are two Ps vita release dates! The first early edition will be released a week before the official release date on the 15th of February 2012 and is a bundle pack, it;'s more expensive as you would expect (rrp of $349.99) but as a bundle seems like a pretty sweet deal.

So What is Included in the Ps Vita first Edition Bundle?

Well, the bundle includes the more expensive 3g/wifi model, a 4gb memory card and a limited edition case as well as the new little Deviants game. This is pretty much everything you need to start playing.

Of course if you don't mind waiting an extra week you can pick up the wifi only model for around $249.99. If you want to buy the Ps vita 3g/wifi model you will have to pay a little more at $299 but for that price it's well worth considering buying the early release and getting a memory card, game and case for another $50.

Whichever model you decide to buy the Ps Vita has a lot to offer from the best handheld graphics to Near gaming to keep in touch with their friends virtually wherever they are!

What game titles are set to launch with the Ps Vita bundle?

Because the PS Vita does not have a UMD drive there is no backwards compatibility with PSP games you have purchased on disk, however Sony have made many of the psp games available digitally on the playstation network so although there are quite a few new Ps Vita launch titles its good to know that any games you have bought previously on PSN can be downloaded for free.

The Ps Vita does not have internal memory so you will need a memory card.

As for launch titles, there are also two release dates, the 15th and 22nd of February.

So we can see that there are a few great options and game titles but what about the console?

If you are thinking of buying the ps vita this year then there are a few quick facts you should know.

Firstly you will need a memory card, the ps vita does not have internal memory.

The Ps Vita won't play UMD's but will play PSP games that are downloaded digitally from the playstation network.

There are two models, the wifi only model and the 3g/wifi model. If you buy the 3G model you will need a cellular networks plan with AT&T.

There are two camera's on the ps vita at the front and the back.

And finally although the ps vita does not support flash, does not have hdmi and gps is only available on the 3g model, it does offer a multi touch display, location based gaming, dual analog sticks, built in stereo speakers and microphone and a lot more!

Everything you need to know before buying a Nintendo 3DS for yourself or your... 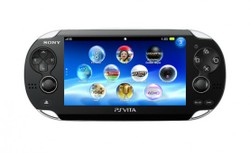 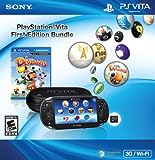 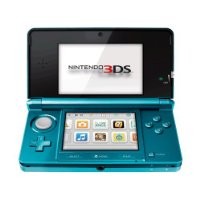 Everything you need to know before buying a Nintendo 3DS for yourself or your child.
100%  16   15 DerdriuMarriner
Play Games with your Kids 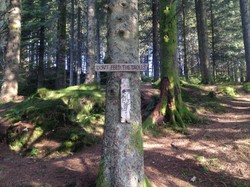