Reflections In A Crystal Wind

A song by Richard Farina has haunted my life.

Dreams Are Messengers And Messages Alike...

Every once in awhile he seems to knock at the door of my mind, and, when he does, sometimes he brings a friend with him. Bill Maraschiello was a musician I only met during two events, sessions of The Scottish Harp School held at Oberlin College in Ohio, in 1985 and 1986. They were events I managed to go to in spite of my parents' illnesses. They were part of my rare escapes from being a full time caregiver, and were meant to be just breaks in my routine.
They were more than that.
The last day of the first school, 1985, I was walking down the stairwell at Asia House when I felt this amazing energy coming towards me from below (remember I am psychic). When he appeared, I felt I already knew him very, very well. Bill Maraschiello was a friend of a friend of mine, someone who played just about every instrument except Scottish harp, and he had come for the closing party. I was so drawn to him I made myself leave Oberlin in the middle of the night. I knew if I didn't leave then I never would.
The next year, he came back for the entire school. Everyone kept him busy, and we rarely talked. He was making close friends, but I was afraid to be one of them, afraid I'd have that same reaction and not want to go home, where I was badly needed.
The night of the last party, he held my hands as I told him I hoped he'd be back the next year. A sudden shiver went through him, and a dark look came over his face, something I knew well as a feeling of forboding. He just said, "I hope so."
I never saw him again. He died the next November.
1988 January 13 [My mother's birthday] A Dream
His name was Bill Maraschiello. He was a musician they called "Bill Of Many Instruments" - I never knew how many he could play, from bagpipes to tin whistles to guitar. We had met at a Scottish Harp School at Oberlin College in Ohio.
At the time of the dream, he had been dead two years. My mother had been dead a year. My longtime companion had been dead for only two weeks. Sleep was hard, because all the dreams were full of death and dying.
I dreamed went into a dormitory style building filled with Scottish and Irish musicians. The piper's [Bill's] death was still fresh. I was devastated, but I couldn't tell anyone how I felt.
I found out from friends that a woman who loved him was coming to clear his room.

Ghosts were everywhere. Even the moon was a ghost. The woman was thin skinned, on the edge of hysteria. I asked her if I could help clean his room. She didn't want to do it herself, but she screamed no. She wanted the grief to herself.

I got down on my knees and begged, telling her that I loved him too, that I knew and had nothing of him. She gave up and let me come in.

His room was my mother's old room. Why? It was filled not just with his things, but his ghost was there, and so were the monsters of death.

The woman froze in fear. I walked forward and beat at them and yelled " Go away!" But I could only beat them back under the bed.

He walked forward then, half invisible in a  cloak. He put his hands on my shoulders and said,  "remember what we were."

I sat down in the dream, writing down the incident, and saw the lyrics of Richard Fariña's "Reflections" beside the paper on the table.
I looked at the note. I can't remember that dream now. It was written down just before he started coming to me regularly in dreams, becoming my spirit guide. In three months he would come and stand beside me as a presence in my waking life, putting his hands on my shoulders and pointing out a dark haired young man I had just met: "Go with him. Learn with him." The young man became what I needed. He led me on into doing the Celtic music Bill and I both loved. But that's another story.
A strange thing happened for a few years after his death. Friends of his who didn't know me, contacted me again and again after I wrote an obituary for him in a music journal. They felt we had been close. They told me of his music, and his life. He and I, it turned out, had something else in common - our lives had stopped to take care of ailing of parents. And we were both writers, and lyricists. who played many instruments. What more, I don't know. A past life connection, I think, yes. As for the future "the readiness is all."

When I first found the note after many years. and read the dream again, I didn't know what it meant by Richard Fariña's "Reflections." I didn't know the song. I do now, for I have found it. The Internet makes it easy for "ghosts" to speak to us. And it's definitely a message, not just from Bill, but from Richard - because this song seems a precognition of Richard's own death in a motorcycle accident in 1966, on the day his book Been Down So Long It Looks Like Up To Me was released. The two men are linked in my mind now, both writers and musicians who left us much too soon. They are also the voices in my ear that tell me to keep on going no matter what.
Bill told me to remember what we were. I wish I knew who we had been, but, the what of us, I understand. We are the voices of many words, not just players of many instruments.
Listen to the songs. One is by Richard and Mimi, Reflections In A Crystal Wind. The other is a song Bill wrote the lyrics for, called The Waters of Time. It reminds me of all the waiting I've done to wait for the tide. It's never worked. I don't do that anymore.

I learned about Richard Fariña after he had died, through the music of Judy Collins and Joan Baez. I hadn't heard his actual music, recorded with his wife Mimi (Joan Baez's sister). The Internet finally brought hus music to me. Yet it's not his music that calls me out - it's his life, reflected in songs like the one I'm sharing here. Not the details of his life - the texture of it, the fabric of a young man looking for life in so many places and changing what he found into wonderful words. I find in Richard Fariña a brother. I feel Richard had the life Bill wished he had led more fully.

Read more about him on Wikipedia

Richard George Fariña was an American writer and folksinger.

The Waters of Time

Celtic and Filk Music was his life.

The Roman legions left in AD 410; but are some Romans still with us?

Chanctonbury Ring in Sussex is an ancient hill fort with a reputation for so... 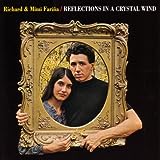 The Roman legions left in AD 410; but are some Romans still with us?
39%  6   3 frankbeswick
Paranormal Experiences 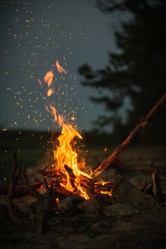 Chanctonbury Ring in Sussex is an ancient hill fort with a reputation for some scary experiences.
Loading ...
Error!