Religion Not The Evil In Paris Attacks

Prier Pour Paris. Pray for Paris. I've seen many posts today declaring we shouldn't pray for Paris because religion is the cause of the terrorist attacks.

Religion has nothing to do with the horror and catastrophe which rained down in Paris last night. The evil which coordinated the murder of innocent people is propelled by a feverish desire to establish a new world government. A movement spurred by radical extremists who know nothing about the peaceful acceptance and love taught by all world's religions.These are individuals who want to create a new political system enforced by laws which seek to subvert and enslave people--not promote freedom.

The Goal of IS

What the Islamic State Wants

The goal of IS is to create a world caliphate established by bloodshed and military power. However, their understanding of a caliphate is distorted and warped and driven by a seething anger against anything not in line with their concepts. They seek to control by terror, fear and atrocities. This is not religion no matter how many times they scream "Allahu Akbar" when they devastate innocent human lives.

Just this morning, not even mere hours after the carnage they reaped on Paris, they have released a statement declaring this is just the beginning. Russia is on their radar and downing  the plane over Egypt was just a taste of the havoc they seek to create. They have declared they will establish caliphates in Russia and extend their political empire.

According to the Koran, "a caliphate restores Islam to its original purity, purged of the corruptions that have crept into it. It replaces fear with peace and security." The terrorists of IS are in complete opposition to the true mission of a caliphate. They terrorize even their own Muslim brothers as well as Christians and other religious believers. A true caliphate rejects violence, defends freedom of conscience and inspires service to one's brothers and country.

The Response of Religion

What Should We Do?

As religious people, of all faiths, we should pray for Paris but also pray for the world. We are under the shadow of an insidious evil, a demonic hatred, and we need to pray. Pray for our leaders to effectively deal with this cancer which is rapidly metastasizing across every boundary in the world. To cure the disease you attack the root of the problem aggressively. You don't make half-hearted stabs at the tumor and hope it goes away. It needs to be fought and destroyed. It is not contained as our President would have us believe.

Pray for people who are affected by the policies and perpetrators of this political, military machine. This is why thousands of families are fleeing Syria and the Middle East to find sanctuary in another country. They are leaving their homes, their jobs and their history because to stay means facing the horrors and risking torture and death. Now, the terror is stepping across the threshold of Europe and is hiding in the shadows of even our own country--plotting and scheming destruction.

Pray for the millions of peaceful, non-violent Muslims who must bear the stigma and hatred created by the rogue minions of a wicked offshoot of their religion. Families and individuals who want to find safety, a home and a place to raise their children in peace are shunned and viewed with suspicion because of the radical extremists who claim they are trampling over and executing innocents in the name of their god. 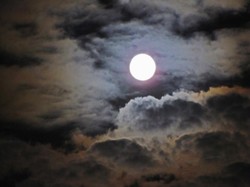