Donald Trump, the UK and Islamaphobia

Donald Trump's proposition for a moratorium on Muslim immigration ignited a fire storm of opposition. Is his idea unhinged or is he tapping into a shared fear?

Donald Trump is at it again. At a recent rally in South Carolina, the Republican presidential front-runner made a statement many are decrying as "inflammatory" and "racist". "Donald J. Trump is calling for a total and complete shutdown of Muslims entering the United States until our country's representatives can figure out what is going on," a press release stated. When he read the statement, at the rally, his words were accepted with a standing ovation and cheers. But, his Republican fellows are distancing themselves from his rhetoric. Senator Ted Cruz said he doesn't believe Trump's proposal is the right solution and former Governor Jeb Bush called him "unhinged". Trump, however, is plugged into the fear, uncertainty and mistrust of a majority of Americans when it comes to anything Islam. He has not only proposed halting immigration of Muslims but has advocated monitoring mosques and Muslims already in the country. Donald Trump is not alone--his ideas are not only espoused here in the United States but the same sentiment is growing in the United Kingdom and other countries around the world.

Anti-Muslim Sentiment in the UK

Recently, Imams and prominent Muslim leaders posted a letter of protest to an East London community, Newham, concerning Islamaphobia and anti-Muslim sentiment. According to a survey, 61% of Britons believe Islam is incompatible with British culture and 45% believe there are too many Muslims in the UK. The Muslim leaders believe this is directly the responsibility of the British government and the media which they say spew "an incessant stream of negative press reporting.” As a result, they say, Muslim children and young people are subjected to an unfair amount of surveillance and monitoring which white children do not receive. Imams accept the fact some young people may be "at risk" for being radicalized but the majority simply want to exercise their faith without interference.

The UK has a PREVENT program which has been tasked with finding and identifying terrorist threats and eliminating them before they can be implemented. Muslim leaders claim the PREVENT program is only adding to the discrimination they are already feeling in their communities. It is creating government overreach into their personal lives, anti-Muslim rhetoric and even violence has increased,  and this is going to be ultimately responsible for the radicalization of vulnerable young people who feel disenfranchised and do not trust the government in their home country.

Why do Britons feel Islam is incompatible with their culture? Most believe if Islam were purely a religious practice--such as Christianity, Judaism or Buddhism--the push back wouldn't exist. Most view Islam, however, as equally religious and political. As such, many Britons fear Muslims desiring to implement Shari'a law in contrast to their parliamentary system. The thought is not far-fetched as the population of Muslims increases and they want equal representation in the government. Currently Muslims account for 4.5%, or close to 2,800,000, of the population of the UK.

Anti-Muslim Sentiment in the United States

What Is Our Rationale?

Worldwide Muslim population is estimated at 1.6 billion. The Muslim population in the United States is less than 1% yet according to many people that is more than enough. Anti-Muslim sentiment began to proliferate after the attacks of 9/11 and they have continued to grow with each threat from Al Qaeda and ISIS and most recently with the terror attack in San Bernardino. With the announcement of a proposed resettlement of Syrian refugees in the States, many Americans vehemently objected. Opening our borders to potential terrorists is seen as a betrayal of our government to protect us. Is our fear and anxiety well-founded or is it an exaggeration?

In her article titled, "The Mosques Behind Jihad Attacks In America," Pamela Geller lists a number of mosques in the United States with which terrorists have been affiliated with. The Tsarnaev brothers, who perpetrated the Boston Bombing, were members of The Islamic Society of Boston. The founder of the society, Abdulrahman Alamoudi, was later discovered to be a major financier of Al Qaeda and is currently in prison. Jah’Keem Yisrael, aka Alton Nolen, was a member of The Islamic Society of Greater Oklahoma City when he beheaded one of his co-workers in September 2014. The terrorists who attempted to commit murder in Garland, Texas at Geller's Free Speech event were members of the Islamic Community Center of Phoenix. Many Americans seeing these events and their identification with an Islamic mosque associate potential threats with these supposed places of worship. According to some independent reports, there are over 83 radical mosques spread across the United States.

James Comey, director of the FBI, has reported active investigations of terrorists in almost every state in our country. ISIS themselves have said there are terror cells in at least 15 U.S. states. These terrorists have declared their allegiance to Allah, to Islam and the Quran and to facilitating the demise of infidels. Is it any wonder then most Americans associate Islam with violence and dread?

So, we're back to Donald Trump and his prescription for solving the problem. He has advocated for monitoring mosques, tracking Muslims in this country and closing our borders to any Muslim wanting to enter. Many normal Americans are latching on to his plan and embracing it while many Muslim leaders and politicians reject his thinking as "racist", "profiling" and "ridiculous".

Given the history of several mosques in this country supporting terrorists and terrorist organizations, is monitoring so invasive? Is it implausible to investigate mosques known to teach radical theologies which contribute to creating individuals with extreme ideals? Christian churches have been monitored including the infamous Westboro Baptist Church, Faith Christian Church in Tucson, and Christ Church in Moscow, Idaho to name a few. These radical, extremist churches have been investigated as they should be. No religion should be exempt if it promulgates violence in its assembly.

It is unfair to categorize all Muslims as radicals just as it is to call all Christians extremists. Certain sects emerge which distort the intent of the religion and shed a bad light on all adherents of the faith. In order to counteract the anti-Muslim sentiments in this country I believe the moderate Muslims, who have assimilated into our culture, need to take a more prominent stand and denounce the violent, terrorist factions which purport to represent all Muslims. By remaining silent, the majority of Muslims are agreeing by proxy to the extremist language, violence and intent of the outliers. Thus, they are contributing in a sense to the anti-Muslim rhetoric--they are closing the borders to those who desire to practice their faith and live in peace in a diverse society.

Is Donald Trump so extreme or is he simply putting words to the concerns, fears and worries of an American public who have become distrustful? I don't think it is unreasonable to want accurate, current background information on those coming into the country. I don't think its unreasonable to monitor those known to have terrorist connections. I also don't think its crazy to close the borders until, as Mr. Trump said, our government gets its act together and can accurately report on those who would want to enter our country. I think San Bernardino is a case in point.

I love the look of Muslim jewellery: it's elegant and exotic. If you're a Mus... 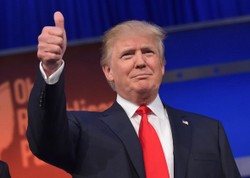 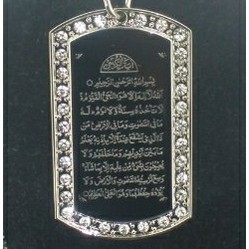 I love the look of Muslim jewellery: it's elegant and exotic. If you're a Muslim yourself, or a friend is, it probably looks familiar to you and expresses your pride in your faith.
100%  30   15 frankbeswick
Christianity