Our first instinct is to throw up the "STOP" sign and refuse to open our country to the refugees but what message is that conveying?

My gut instinct on hearing about the proposed influx of Middle Eastern refugees was, "No way!" After the abomination in Paris, and learning at least one of the terrorists had a Syrian passport, my initial thought was, "We can't allow that here in America." The only problem with that logic is that terrorists are already here, living among us, and plotting to do harm and they came in the legal way. They didn't come in with a flow of terrified people fleeing the horrors of war. What is this saying to the world when we refuse to embrace war weary families with children looking for peace?

ISIS is counting on America to perpetuate the stereotype we are out to destroy all Muslims. They have no shortage of ammunition on our part. All you have to do is look on Facebook and see the pictures and the quotes about wiping them all off the face of the earth. When we feed into this insidious hatred we are feeding the next generation of radical terrorists who will want to destroy us. We aren't changing the narrative and demonstrating we are a nation who is there to help the poor, the hungry and the downtrodden.

I'm not a bleeding heart liberal by any sense of the word but when I put myself in the position of a mother who is trying to keep her children safe and provide them with food and shelter I can't help but sympathize with her decision to leave everything she knows and flee for her family's life. Imagine the only choice you feel you have is to take off on foot, in the dark of night, to seek asylum somewhere not knowing if you will be accepted because you are a Muslim and people associate terror with Islam.

History in the region has fueled the fires of hate for "imperialist" countries who have bombed, conquered and divided ancient lands. Outsiders who have no understanding of the intricate political and religious forces have tried to change or impose their own governance. It is no excuse for the vicious, barbaric actions of this jihadist fraternity but it is the rationalization for their desire to establish a caliphate, their own kingdom, where their beliefs and laws would be enforced.

I am a Christian, I love my country, I believe in a strong military presence, I believe terrorism needs to be eradicated but the core issue, what this boils down to, is the hearts and minds of the people who need our help. Tell them, "No", and the children will remember being turned away in their most vulnerable moment and the denial will fester in their hearts until they are old enough to join a terrorist cell and wreak revenge and havoc. Tell them, "Yes", and demonstrate love, acceptance, help, and kindness and erase the poisonous messages preached to them by the radicals.

So, give sanctuary to the families with children looking for some respite from the barbarism of war. Completely and thoroughly check the backgrounds of adult men and women who could be infiltrators trying to sneak in with legitimate refugees. Require passports, visas, identification papers, birth certificates, etc. Don't let anyone enter if you can't find any information on them. Send them away, ship them out, deport them. No questions asked, don't stop at Go, don't collect $200.

Secondly, monitor the families. Inform law enforcement, of the towns and cities, who is moving to their community. Keep track of them and require them to report to an agency. If they are receiving financial assistance they should be required to be accountable for their whereabouts. If they are receiving housing assistance they should be subject to home inspections unannounced. Require them to attend ESL classes or citizenship classes. They are refugees not American citizens and they should have to earn their rights by proving their respect for and allegiance to our country.

Thirdly, criminal behavior of any type should not be tolerated. This includes having weapons in the home, treasonous speech or activity. The first offense is an automatic ticket back to Syria or Iraq for the offender.

Is There A Solution?

I admit the thought of allowing more diseased terrorists to slither into our country fills my heart with a sickening dread. If I say let the refugees come and unprecedented attacks slaughter my fellow Americans do I hold responsibility for that? If I say, "No", to absolutely refuse sanctuary to women and innocent children and families who believe their only choices are life and death then am I responsible for their ultimate suffering? How do I as a human being, as a Christian, respond to this situation?

Can our government thoroughly check the background and histories of every adult coming into the country? Can they promise to protect us from terrorist attacks? Will they do everything in their power to hunt down the evil and destroy it? Does our government have the resources to do this?

Jesus said, "Let the little children come to me for of such are the kingdom of heaven." When we open our arms to little children who have physical and psychic wounds beyond anything we could understand we are saying, "We are better than what you have been told. We are not monsters and we don't want to change you. We want to give you rest." We are lights in a dark world and the terrified hearts find in our kindness a reason not to hate and a reason not to destroy. They neutralize the acid eating away the souls of the radicals and take the power away from them. They see a glimpse of heaven.

A timely tale of three cities

Cities are large permanent settlements. Why do they lose their permanence?

Republicans MIGHT forgive him being gay, but for this other th... 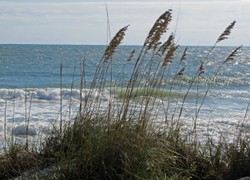 The Syrian Refugee Crisis and Lessons from the Iraqi Refugee E...
99%  19   8 Fargy
Immigration 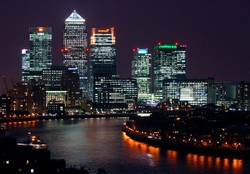 A timely tale of three cities

Cities are large permanent settlements. Why do they lose their permanence?
7%  0   1 DeepBrainMedia
Immigration 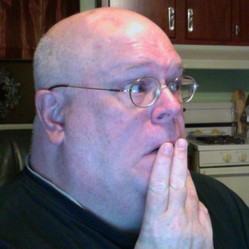 Republicans MIGHT forgive him being gay, but for this other thing? Um