Memorial Day is upon us, and with it, many tributes to our fallen heroes. Let's not forget the forgotten heroes of another time...

The FIRST attack on American Soil

Most people remember 9/11. How could they not? The brazen attack on American soil which came as a complete surprise. Those images are burned into people's memories. However, it was not the first time that War was felt in America.

From 1939-1945, Hitler and his henchmen managed to cause death and destruction, the memories of which would last forever. It was a six year war that had initially had Britian and France in battle with Germany. In the end, every world power would have had a part in this memorable time in history.When it was over, more than 60 billion people had lost their lives, and Europe and Asia were in ruins.

Imagine, if you will, the shock and surprise, as well as the disbelif when the President said on the radio:

Yesterday, December 7, 1941 - a date which will live in infamy - The United States of America was suddenly and deliberately attacked by naval and air forces of the Empire of Japan.

The media coverage wasn't what it is today. There were not scores of reporters converging on the scene, although, yes, there were some.The Allies fought a valiant fight, and in the end they were successful in bringing the Hitler terror to an end. This is a wrap up of the known casualties (Alliied) of WWII:

Needless to say, the Allied heroes paid a great price for the freedom of the entire world. These aren't just numbers. These were people. People who had wives, children, husbands that loved them. They were white, black, brown and everything between. 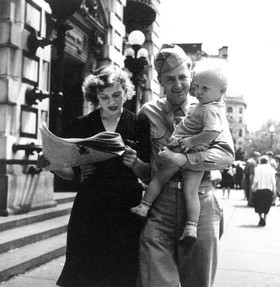 This Memorial Day, let us remember not only those of the United States who have fallen, but the Allies who fought side by side with our own. Salute!

My War Hero: My Father

A WWII Veteran, and member of the VFW and American Legion

Sadly, I have no pictures of my father in uniform. I do remember his stories, however. Most of them were humorous, as back then, the "bad things" just weren't discussed by military men and women. My Dad kept up with his Army Air Corps buddies and they had a reunion each year which my dad travelled to the east coast for.

Serving in the Miliatry was something of which  my dad was proud. He told so many stories, and recounted so many events that kept us enthralled. I do remember, however, that in his later years, he commented that not many of the "younger" vets joined the many groups, such as the American Legion, or the VFW. He was a member, and a stickler for the rules too. He quit the Legion for a time because someone folded the flag the wrong way! Also, if he saw someone flying a tattered or worn flag--he would not let it go.

According to the VA, of the 16 million American soldiers who served in WWII, there are 2 million left. This is despite independant reports that there are only a handful left. However, many of these vets are now in their 80's, and in 2025, it is estimated that only 57,000 will remain.  My own WWII hero passed away in 2004, and through him I developed, and learned a great respect for those who served, and continue to serve in the military.

Video of WWII events and memories

Remember the Heroes of WWii

Have you or a loved one served in a war?

They are ALL heroes

Heroes of other wars

I in no way intend to minimize the sacrifices of Military men and women who served in other wars, or "conflicts". They all have paid, and are paying the price for freedom. We honor all who have answered the call of duty and risked, if not paid, the ultimate price. Let us not forget, either, the number of innocent people who have paid the price.

To the Veterans of Vietnam, Korea, Afghanistan, Iraq, and others.....I salute you!

I remember a line from one of my favorite old movies where the character said that World War I was called the "Great War" and that was before they knew enough to know that they needed to start counting. I wish everyone would count wars and replace the postive sign with a negative. Yep. Just reverse the wars, net it to zero, and don't let them happen again.

A great tribute to those who fought for our freedom. My husband served proudly in Vietnam, and Memorial Day has always held a special meaning for us.

They should never be forgotten. If I only had an ounce of the bravery of a soldier....

Thanks for creating this wonderful memorial to our brave soldiers. I hold all of them in high regard.

My father served in WWII. For the "other" side. He didn't like it one bit. Spoke highly of American soldiers.

Well done! and so appropriate for this Memorial Day weekend. The photographs are priceless. We must never forget and forever be thankful!

I'm reminded of the song..."All gave some and some gave all". May we never forget to honor those who have served so that we can be free. 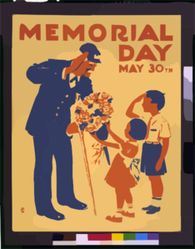 Currahee
100%  6   9 CountrySunshine
Other US Holidays

Grab some beer, put on some Country music, decorate your yard and offer a horseshoe game. There's more than one way to celebrate National Bubba Day on June 2nd!
84%  4   5 sockii
Gift Giving