America's manned space program has made nearly unimaginable accomplishments. But they came at a price. It was a high one for astronauts aboard two space shuttles.

The early 1980’s were heady times in the United States. We were on a collective high – a space high

Those amazing spacecraft became a reality for most of us when Columbia lifted off in April of 1981. Ordinary folks marveled at what NASA had wrought. And we held our astronauts in high esteem.

We rode high during the first half of the eighties, and celebrated the debut of the second shuttle vehicle, Challenger, in 1983. We were on top of the world, and our men in space were out of this world, quite literally.

And then, in 1986, the unthinkable happened. We all had known it could happen, but most of us didn't allow ourselves to believe it would.

I Will Never Forget Those Two Days

When the Shuttle Disasters Happened 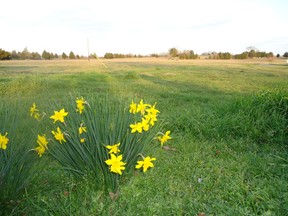 That day, I was teaching at a computer company in Houston, and had just dismissed the class for a short break.  As I passed the computer room, the mainframe operator came out and pulled me aside.  From the look on his face, I knew something was wrong. It was unbelievable.  How could such a thing happen?

Then, break was over.  I knew the next topic would not be computerized inventory.

Somehow, I found the words to tell them we had lost our shuttle, and, presumably, our astronauts along with it. At first, I saw looks of disbelief. Then, there was shock and sadness when they realized that I wasn't telling one of my bad jokes, just delivering some awfully, awfully bad news.  The mood turned somber.

At lunch,  confirmation filtered in that all seven were gone. Up until then, we were all holding out hope that somehow they had miraculously survived.

My brother, my two cousins and I were in Indiana on family business.  We had agreed that we would watch the shuttle landing on TV before setting about our tasks for the day.

Challenger was over Texas.  And then ...  it wasn't. We all felt a sense of shock.  I thought of the men and women aboard, and wondered if they knew it was about to happen.    Briefly, I wondered if any of my husband's family in Texas had heard or seen anything.

Later, I would learn that NASA sent search teams out to grid walk just about every square inch of land in what they believed was the debris field.  That included our land, and that of other family members.  Though we weren't there at the time, we heard plenty of details about how serious and thorough the teams were.

Liftoff for Her Next to Last Mission

Challenger blasts off for her next to last mission on October 30, 1985

On this flight, STS-61-A, she carried on board the German space lab, and also the first Dutchman to go to space.  It was her next to last mission.

It seemed the whole world was paying attention on January 28, 1986, as America's manned space flight program prepared to send its first teacher into space. The program had captured everyone's imagination. 73 seconds after liftoff, everyone’s excitement turned to disbelief, then horror, as Challenger went to pieces before our very eyes.

The teacher, Commander "Dick" Scobee, and the rest of the crew never made it out of the earth's atmosphere. It was America's first space shuttle disaster, and we mourned the seven:

Own a Scale Model of Challenger

Or Read Why Allen McDonald's Warned Them NOT to Launch 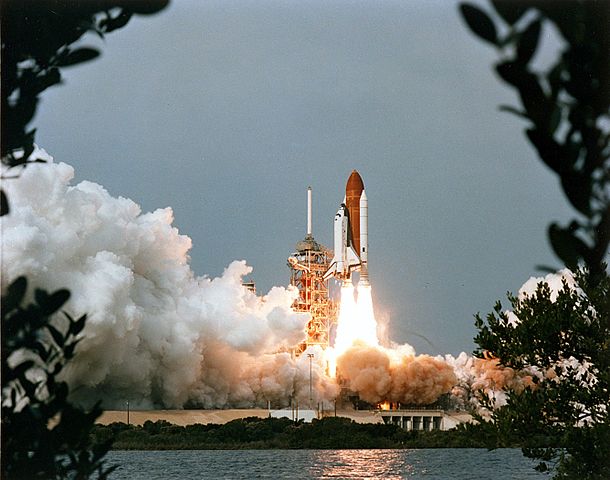 STS-9 was Columbia's sixth mission, and her last before undergoing an extensive upgrade.  The mission carried the first Spacelab experiments, and the first ever six man crew.  One of those six was the the well known astronaut, Mission Commander John W. Young, making his final space flight.

By 2003, so many safe launches and re-entries had taken place that once again, we had pretty much stopped holding our national breath.  Some people had even stopped paying close attention to what went on at the cape.

I hadn't though, because by that time, I was actually living close enough to see and hear the launches from my yard   Folks around here paid attention to launches, and we thrilled at every successful liftoff and landing.

But, then, it happened again.

Columbia was returning to earth from her 28th mission.  During re-entry on the mission designated  STS-107, the space vehicle disappeared from radar as she disintegrated over Texas.

All seven astronauts perished with her.  May they rest in peace.

The Lost Astronauts are Remembered and Honored in Many Ways

In 2004, President George W. Bush awarded each of the fallen astronauts (posthumously) with the Congressional Space Medal of Honor.

They represent fully half of all those who have ever received this high honor.

This particular medal is separate and apart for the Medal of Honor, which is for exceptional bravery in battle.

This one is specifically designated to be awarded to  "any astronaut who in the performance of his duties has distinguished himself by exceptionally meritorious efforts and contributions to the welfare of the Nation and mankind."

The Space Medal of Honor, P.D. 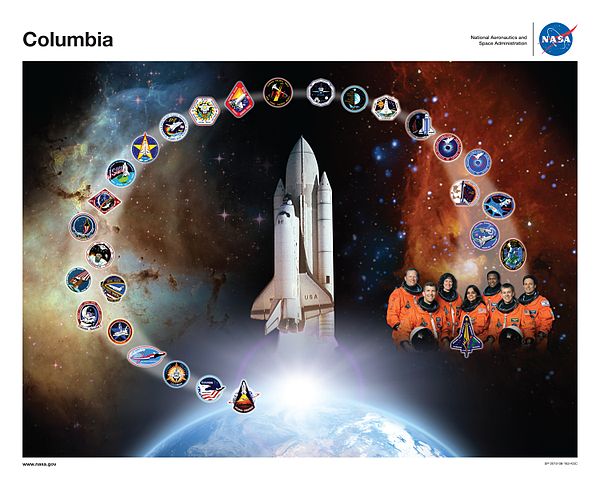 And Reproductions You Can Own

At Kennedy Space Center, in Cape Canaveral, Florida, two beautiful pieces of art pay silent tribute to the crews of the two shuttles.  Each one carries an artistic rendering of the spacecraft itself, the individual crew members, and the mission patches for all the missions flown by the vehicle.  Both hang in Firing Room 4, along with tribute pieces for each of the surviving shuttles.

The Columbia tribute, by Amy Lombardo, shows the shuttle blasting off from Cape Canaveral for the first shuttle mission ever, STS -1.

The Challenger tribute, by Lynda Brammer, shows the spacecraft making the first ever night landing at Edwards Air Force Base in California.

If you'd like to own a reproduction of one or both of these, a good place to find something suitable is at Zazzle, where there are a number of different products with each tribute reproduced on them. You'll find several types of wall art, throw blankets, lamps, magnets, wallets, and more to choose from.

A Video Tribute to a Destroyed Shuttle and Her Replacement

Challenging Endeavors is Worth Watching

A new shuttle was eventually built to replace Challenger. Like the vehicle that was lost, her name also came from a famous exploration ship: Endeavour.

The following video, A Challenging Endeavor, is a "musical look at the careers" of the combined 35 flights of the two spaceraft.

Monuments and Statues Have Been Erected

Things are Named After Them 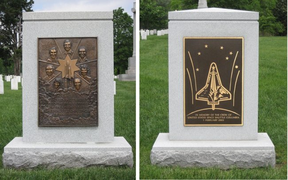 Since the two tragedies, tribute has been paid to the shuttles and those aboard them in hundreds, possibly even thousands, of ways.

Schools, parks, streets and roads, science centers, satellites, even mountain peaks, stars and a supercomputer have been named or renamed in their honor.

In Amarillo, Texas hometown of Columbia's mission commander, has the Rick Husband Amarillo International Airport, and there's a statue of the astronaut there.

In my own county, we have a number of tributes, including:

Foundations have been started which carry out various  charitable and educational endeavors in their names.

Pages About the Shuttles

And How NASA Chose Their Names

Are there any memorials to the astronauts in your area?

CruiseReady, It's heartwarming to think of all the ways that the 14 souls -- and Roger Chaffee, Gus Grissom and Ed White from Jan. 27, 1967 -- are remembered.

It still makes me sad to remember them. Had I been at home that day, my husband and I would have been watching from our front yard. Our routine was always much like yours and many who live near KSC - Watch the countdown on the NASA TV channel, the go outside. There was often applause from various yards in our neighborhood at separation. That day would have been far different.

Living near the east coast of Florida meant that our family could watch the shuttles fly. We'd watch on TV until it lifted off the ground, then we'd go outside and watch for it to rise over the tree line. Usually we could see the rocket boosters separate too.
After about 4 or 5 minutes the rumble from the engines would reach my house. It was always exciting.
In 1986 I had just left the Winn Dixie with my 3 year old son, and out in the parking lot people were gathered around cars listening to the radio. They were saying that the shuttle had exploded. My son and I had waited at home to watch Challenger fly, but it kept getting delayed because of the cold weather. Finally, I gave up and went grocery shopping.
On my way home from the store I was heading east, toward the coast, and I will never forget the look of the sky because of the explosion. Usually, after a shuttle lift off, a big puffy single plume contrail was left in the sky. This time many white trails zigzagged across the sky.
Christa McAuliffe was a teacher in New Hampshire, where I now live, and I've been to the museum in Concord named for her. All these losses are very sad. 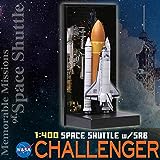