Reusable cloth panty liners are a great idea if you don't like the wastage associated with disposable liners. If your local stores don't sell them, you can find them online.

Having reached my mid-forties, I'm finding that my periods aren't as… regular as they used to be.  I'm not quite menopausal yet, but I now realise that this particular phase of my life isn't far off.  Because I'm no longer quite sure when I'm going to be "caught short" (as it were), I've taken to wearing panty liners every day, and carrying a little privacy pouch in my handbag; the pouch is filled with tampons of varying sizes, along with a couple of pads for good measure.

Now, I don't mind wearing panty liners.  They're very comfortable, and they're also great at absorbing odours and the tiny amounts of urine that I pass whenever I laugh or sneeze.  Message for those of you younger women out there who are reading this: you might think that age-associated bladder weakness only occurs in women who've had children.  Well, as someone who's never had children, I can tell you that it ain't necessarily so.  Keep doing those pelvic floor exercises ladies - prevention is better than cure LOL.

Panty liners aren't just useful for women at my time of life - they're also great for younger women who have irregular periods, who are pregnant, or who experience mid-cycle "spotting". And even if your periods are as regular as clockwork, panty liners are still invaluable right at the tail end of your period when you feel a tampon or full-sized pad is too much, but you don't want to be totally unprotected, as it were.

Seeing as I now wear panty liners more days than not, I've been looking into buying reusable panty liners, so that I don't keep having to buy the disposable ones and then throw them away where they end up in landfill. They're not available in my local stores, so I've done some research to see if you can buy them online. And indeed you can - one place you can buy them is at Amazon.com.

Obviously you will have to spend more initially than when buying disposable panty liners, but you should find that they pay for themselves in the long run. Reusable panty liners (particularly the organic cotton ones) can also be beneficial for people with sensitive skin or who are prone to allergies. Most of the ones featured in the capsules on the right and below have "wings" that are designed to wrap around your panties, and are held in place with a snap/popper.

As with any type of garment, how you do this depends on how soiled they are. If there's no blood, just pop them in the wash. Obviously it's worth following the instructions on the pack but if there aren't any, I recommend a relatively low temperature machine wash (60 deg. C or less), using non bio liquid detergent. If you put the panty liners in one of those mesh bags before washing, you can simply hang the bag on the line without taking the panty liners out! If you've got any blood on the panty liner, then I recommend soaking in cold water first before washing.

Better yet, rub some soap on the affected area (any household soap will do), and then soak overnight before squeezing and gently rubbing to remove most of the stain. Why cold water? Because blood stains become sort of baked on if you try soaking or washing them in hot water. Once that happens, the only way to get them out properly is with bleach! But if you look after your reusable panty liners properly, you should find that they last months if not years.

Wearing wool thermal underwear is a wonderful solution for the woman who is a... 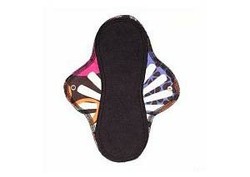 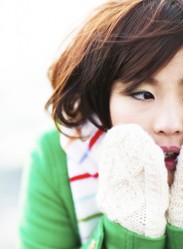 Wearing wool thermal underwear is a wonderful solution for the woman who is always cold. It makes a dramatic difference in how you cope with winter's low temperatures.
Loading ...
Error!