I purchased these at the store yesterday to prepare as a side dish. What did I think of it?

Product Description: Processed lo mein noodles in a teriyaki sauce prepared either in the microwave or on the stove top (I prepared it on the stove) by adding water and butter. I purchased two packages of this yesterday at one of our local grocery stores for $1.85 per pack and prepared the noodles as part of a chicken dinner. 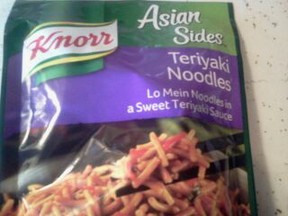 I found some chicken wings on sale at one of our local grocery stores yesterday morning and decided to make them for dinner last night. Knowing we didn't have too many options in our house for side dishes, I decided to stop in that part of the store and look for something to serve with the meat.

I had a few different options to choose from. After some consideration, I ended up purchasing a couple packages of Knorr Asian Sides Teriyaki Noodles because it sounded like it would be something different and because I figured it would complement the chicken. As it turns out, it was a great decision.

I decided to make the chicken in the crock pot and, by dinner time, it was already done. Because of that, the only thing I had to make was this product. This proved to be much easier than expected. All I had to do was add water and butter then cook it on the stove for a few minutes. In total, it took me about 10 minutes, something I appreciated because, by that point, I was getting very hungry.

I purchased two packages of this product thinking one package wouldn't be enough. As it turns out, it would have been plenty and, because I made two, we had plenty of leftovers. As a result of this, I do only recommend purchasing one package unless you plan on having a lot of people over for dinner.

As far as the taste goes, I had no complaints. This was obviously a pre-packaged product rather than something that was freshly made. However, unlike many similar products, it wasn't overly salty or over seasoned. It just had a nice teriyaki flavor to it that, as I hoped, complemented the chicken I had purchased. I also think it would work well with beef and pork too. This, again, is something I do appreciate when it comes to items like this because I like products that give me some flexibility.

I wasn't completely sure what to expect from this product when I first purchased it. However, the Knorr Asian Sides Teriyaki Noodles ended up being a great product. It was affordable and offered both decent quantity and taste and is something I would recommend as a result of that.

Thanks for the review. I haven't tried the Teriyaki Noodles yet, but I have enjoyed several others in the Asian Sides collection, so maybe I'll check this one out next time.

I purchased a 12-pack of this drink this past weekend. What did I think of it?

I decided to purchase this product yesterday and had it with dinner. Read to ... 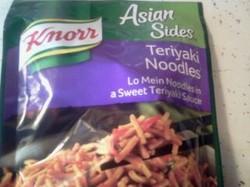 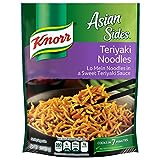 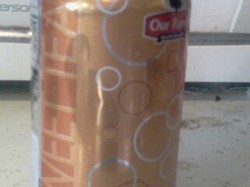 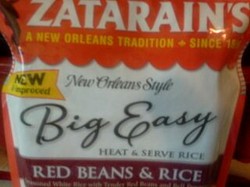 I decided to purchase this product yesterday and had it with dinner. Read to find out what I thought of it.
Loading ...
Error!