Review of the Show Monsters Inside Me

Episode titles like 'Killer in My Neck' are just a glimpse of the fascinating show, Monsters Inside Me, on Animal Planet.

The first time I watched Monsters Inside me I was horrified, a bit disturbed, and downright fascinated. Chilling tales of flesh-eating parasites, bacteria who feeds on your brain, and freaky viruses are the norm in this unique show. First hand accounts of those who faced these monsters is what makes this a show you will not want to miss.

Monsters Inside Me Synopsis

Monsters Inside Me is the Animal Planet show which took me by complete surprise. I knew the title was quite unusual but no one, no one told me what to expect. Monsters Inside Me hits you immediately with its dramatic beginnings. 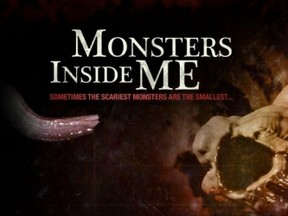 You know you are in for one horrifying hour when you hear the words 'they hijack our bodies.'

Not horrified by those words alone? Expect to be. This will be no dry lecture or bland informative show. Monsters Inside Me focuses on telling the story of first-hand encounters with unusual parasites, deadly bacteria, and their journey within us. To ensure you really get the picture they include a dramatic re-enactment or two with an animation of the 'monster' as it does its work.

Justin Peed puts his vocal talents to work as the narrator of this spine-tingling true show. Dan Riskin, described simply as a biologist, explains how the victims fell prey to these 'monsters.' He also makes sure to explain the why and how you can avoid the same fate.

Monsters Inside Me Episodes

Monsters Inside Me is one of Animal Planet's best on-going shows. For those who absolutely dread those horrid dramatic reenactments found far to often in most first-hand shows don't count out Monsters Inside Me. They keep those reenactments to a minimum (thank goodness) and let experiences speak for themselves. That being said the 'dramatics' of the show occasionally go a bit over the top. You can only do so many meaningful eye blinks at a time before it loses some charm.

Monster's Inside Me is not a show I would recommend watching with young children. The content is on a more mature level and occasionally graphic in nature. Most of it is in descriptions as the show is focused around telling the story, not making you squeamish.

I highly recommend anyone in the biology/medical/science field to take a good look into Monsters Inside Me. The same for anyone else out there looking for a great show to watch. You don't need to know a thing about these 'monsters' to find the show fascinating.

Personal Monster's Inside Me Review

Episodes Speak for Themselves 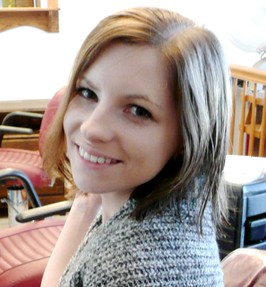 I find something to marvel about in every episode of Monster's Inside Me. All of them bring out a new fact or thought to get my mind going. Sometimes there is just something downright horrifying about it. Seeing an episode like, Something's Eating My Son Inside Out, disturbed me to the point where I could not watch the show for months by myself. Imagine, One day you are swimming in a river, the next you assume it's a case of sinusitis, and next thing you know a Chromobacterium violaceum is eating your flesh. The thought is terrifying enough to make you swear off swimming in rivers for a life time.

I thought Animal Planet just could not top such an episode. Then Monsters Inside Me unexpectedly branched out from nature's monsters to man-made ones. 'You Left What Inside Me?' is the classic example I could not stop talking about. Monsters Inside Me told the tale of one man who had the unfortunate experience of human error. Make that a big error.

The man in the episode had had major surgery to remove a large tumor. During the recovery process he complained of serious pain from abdomen to chest. After getting lectured over and over about it being 'recovery pains' he was getting a bit frustrated. No one really took it seriously until the x-ray. The results were incredible. His successful surgeons had left behind a huge retractor which was floating around his mid-section. How they forgot such a huge piece of the operational equipment behind is monstrously scary.

If you are wondering, yes, I am watching episodes alone again. For some reason 'You Left What Inside Me?' changed my worries. I've had multiple surgeries without anyone losing something in there. The possibility of becoming the victim of a 'monster' is always there and by following the show's advice (plus common sense) I can live life without worrying 24/7.

Welcome to Wizzley, Kalafina! I imagine positive imaging would be hard to do after watching this show, but it sounds like an interesting documentary nevertheless :) 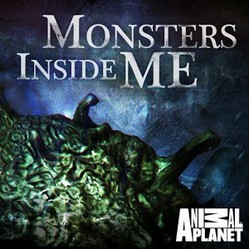