I purchased this sauce this past weekend. Read to find out why I liked it.

Product Description: Jarred tomato pasta sauce from the Walgreen’s Good & Delish brand containing Parmesan, Romano, provolone and ricotta cheese as well as “all natural ingredients”. I purchased a jar of this at our local Walgreen’s pharmacy on Saturday for around $2.50 and used it when making a ground beef, mushroom and rigatoni casserole at home that night.

Purchased it Because of Price 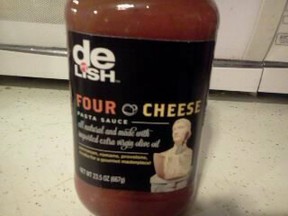 I wanted to do something a bit different for dinner Saturday night and, remembering the casseroles my mom used to make us when my brother and I were kids, decided to recreate one of them from memory (I hate using recipes). Since this was a somewhat spur-of-the-moment thing, I elected to just pick up my missing ingredients at our local Walgreen’s because I had to run up there for something anyway.

One of the items I needed was pasta sauce and, when I got there, I discovered I had three different choices. I ended up picking the four cheese sauce from the store’s Good & Delish brand primarily because I was trying to keep my overall costs down and it was the least expensive of the three.

When I got home and started making dinner, I realized I should have purchased two jars instead of just the one. However, that also turned out to be the only mistake I made when it came to purchasing this product.

The sauce was considerably thicker than I thought it would be; something I did appreciate because I really don’t like pasta sauces that look more like water than sauce. And, unlike some other bargain sauces, this sauce stayed thick even after it was cooked.

As far as seasonings go, I had no complaints. I didn’t add much to my dish other than some garlic powder (which was mostly on the hamburger) and we ended up enjoying the flavor. There were just enough seasonings to give it taste without it being too spicy. And, as a result of that, my casserole turned out the way I was hoping it would with each of us having seconds.

Again, this was a spur-of-the-moment purchase that was made primarily because of a limited selection and price. However, it turned out to be a good purchase and, after using it this past weekend, is a product I definitely will consider purchasing again in the future, even if it isn’t a last-second decision and I do have other choices in sauces.

StevenHelmer, Thank you for pictures, practicalities and product.
What are the two competitors that lost out to the four-cheese pasta sauce?
Your food-related wizzleys look like they cluster around reviews. So you probably wouldn't be publishing your family casserole recipe here, right? 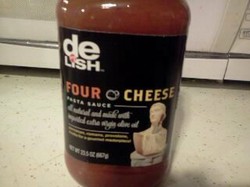 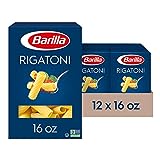 I purchased this pasta earlier this week. Read to find out what I thought about it.
73%  1   12 StevenHelmer
Other Food & Cooking