Science fiction inspired by the apocalypse

End of the world science fiction is a genre in itself. However, some of these novels stay closer to the biblical apocalypse than others. On this page I review a few such novels.

SPOILER ALERT! I love science fiction of all sorts. Apocalyptic science fiction that stays close to the biblical account has a something extra, perhaps because one always wonders how the Bible will play out this time... The novels that inspired this article aren't apocalyptic in a literal sense: the world doesn't actually end in either case.

Mostly set in early 21st century Bath where nothing is reminiscent of Jane Austen except the hint of an ideal love there.

I could not possibly try to even hint at all the story lines here. The layers and character development are quite complex: complicated further by time travel and there being several versions to the main characters.

The author is compared to Neil Gaiman by several amazon reviewers: with good reason. Paul Cornell too is very British, funny and develops characters in a similar way.

Although there is a space ship in this book, flying about and fighting aliens doesn't play a huge part here.

In fact this book is utopian: we get heaven on earth, in the end, with a democratic version of communism. Money is the root of all evil, as humanity realizes in the end. So the majority decide to voluntarily share all things equally. And since there is birth control, the population becomes manageable as well. This would of course really not make a very interesting book, so the possibility of such a world is only a backdrop to the story.

Most of the novel is set in fact in a world so depressing the main character can hardly manage. It's a depressing version of our real world and of course, in the context here that world is in fact hell.

What these novels share, aside from being very British, is a fondness for ordinary people who end up having extraordinary adventures.

Hilarious, surprising and did I mention funny?

The apocalypse has been planned. Angels and devils work for their own side, to make sure the right side wins. However, on the ground they work together. They've even discovered they like free will...

Biblical and literary references can be found on every page of this novel. It's as though the authors just decided to have as much fun with the apocalypse as they could. And they succeeded.

What do you think happened to the one truly prophetical work in existence? When a potential ruler of the world is raised in British suburbia, how devilish will he turn out? Is evil any fun without good? And vice versa?

We meet Hunger, War, witchfinder, a witch, Tibetans roam the British countryside and real satanists. The latter resemble devils about as much as the average Christian resembles an angel.

The Apocalypse in the Bible

Most apocalyptic stories are inspired by the Bible book Revelation

St. John wrote Revelation the most mystical book in the Bible. That is: it's the least comprehensible. No wonder Paul Cornell describes the apostle John as half a madman, even though Jesus respects him. In fact: Paul Cornell creates a fictional Bible which leaves out the book revelation altogether. In his version of the Apocalypse (which never quite happens) Revelation is inspired by the devil.

Revelation is mystical: that is, it doesn't make any sense unless interpreted. It does contain loads of powerful symbols which is perhaps why it's such a famous book. The four horsemen, swords, the famous number 666 etc.

The book revelation continues the Jewish tradition of prophetic literature - much of which made it into the Bible. The two main ideas current in Jewish prophecies are the coming Messiah and the return to Israel. The first theme plays a part in both the novels discussed. The second doesn't figure at all. The idea of a Messiah is common to Islam as well.

A couple's Guide to Sexual Addiction
My review of 'a step-by-step plan to rebuild trust & restore intimacy'.

Best Books on Buddhism
Buddhism is very popular these days. These books will help you understand why: they're from best selling authors who can really inspire as well as introduce their topic well.

Best Vegan Cookbooks 2023
Cookbooks that embrace the vegan lifestyle with recipes that will delight the palete.

More from the British

What novels featuring the apocalypse should I check up on? Are there more like these?

I love to watch movies on this topic. Love your articles. 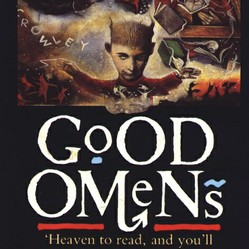