It should have been a new life, a new beginning, in lands made peaceful after the war. But the villagers of Kisilova were preparing to flee from a vampire in their midst.

There was a reason that the Habsburg Empire reacted so fast and so thoroughly to the case of Arnold Paole. They already knew about Peter Plogojowitz.

There had been no time to fully investigate that strange story. The corpse had already been reduced to ashes by the time the report reached Vienna. Yet it had been enough to severely shake the world-view of the only Austrian official to experience events first hand.

As far as the Serbian population of Kisilova were concerned, there was no question about it. The Vampire Peter Plogojowitz had killed ten of their people.

Vampires: The Occult Truth by Konstantinos

In 1725, an Austrian administrator found himself well out of his comfort zone, deep within rural Serbia. He was asked to protect villagers from a vampire. 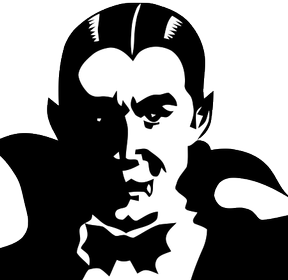 Kameralprovisor Frombald was evidently in a state of some disquiet. As an Austrian overseer, it was his job to ensure the smooth administration of his part of Serbia. But that plan hadn't factored in the locals.

As the Habsburg Empire swelled to take in parts of Europe previously occupied by the Turks, the war-torn displaced were settled into previously deserted towns and villages.

Kisilova (now KIisiljevo in Serbia) was just one of them. German speaking Serbs had been transported in to repopulate the land. The Habsburg military might would keep them safe.

But the people of Kisilova had an unsettling story to tell. That village had not been turned into a ghost town through war.  A few years previously, Kisilova had been plagued by a vampire, and many of its inhabitants had been killed. Their Ottoman Empire overlords had not taken the claims seriously at all. The remaining villagers had fled for their lives, abandoning their homes, land and possessions in the process.

Just like his Turkish counterparts, pompous Frombald naturally laughed away all talk of vampires. He was a pragmatic Austrian. He did not believe in such things. As far as he was concerned, the only nod towards the preternatural should be that sanctioned and taught by the Christian Church. All else should conform to the calm, rational mores of the Habsburg Empire.

Only now, the villagers were threatening to evacuate again, for all the same reasons as before.

Nine people were dead. A young man had been horrifically murdered. Were the people of Kisilova supposed to just sit back and wait their turn to die?

The Kisilova villagers already had their suspect.  His name, in Serbian, was Петар Благојевић. It is usually Romanized as Peter Plogojowitz or Petar Blagojević. His wife had already fled.

The man had died ten weeks previously. Many of his neighbors had attended his funeral. But now he was reportedly back.

Mrs Plogojowitz had been the first to raise the alarm. She had been at home, when her deceased husband had turned up asking for his shoes. In terror, she had handed him the opanci, which was his habitual footwear while alive. On that occasion, he had apparently quietly left.

But her undead husband had not gone far.  Over the next few days, no less than nine individuals had been discovered listless and pale, all reporting that Peter Plogojowitz had attacked them. He'd throttled them into submission, then fed from their semi-conscious forms, sucking the blood from their stomachs and throats. Each one had subsequently died within 24 hours.

When Plogojowitz returned to his former home, he demanded food. His wife cowered inside the house, while his adult son refused outright. In a fit of rage, Plogojowitz attacked his son, brutally murdering him in front of the widow. It was this which finally convinced the traumatized woman to escape the village, leaving behind all she knew and owned.

It was this sequence of events which led to the surviving Kisilova people to seek action. They knew how to deal with a vampire, even if Kameralprovisor Frombald did not; and if permission was refused, then they would follow Mrs Plogojowitz on the road out of there.

The Serbian Response to a Vampire Threat

What began as a huge dilemma for the Austrian Kameralprovisor developed into an even bigger crisis of faith. 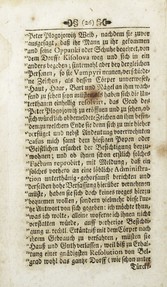 The Imperial Provisor was in a quandary. Fundamentally a civil servant, he was more used to obeying orders than making decisions.

Moreover, it was Frombald's career on the line, if he allowed 'his' villagers to just leave. But if he permitted them to do as they asked - exhume the body and deal with the vampire - then his supervisors might question his fitness for the job. Talk of vampires was likely to be laughed out of the Viennese corridors of power.

Caught between local hysteria and distant rational disdain, Frombald mollified those close at hand. He accompanied the local priest and a party of local men to Peter Plogojowitz's graveside, and oversaw the exhumation.

To his shock, the corpse was not decayed. It looked plump and healthy. Though the dead man's pallor was a little white, some of his skin had peeled away to reveal a new pinkish growth of skin underneath. There was a trickle of blood dried at the corner of the dead man's mouth. His nails and beard had apparently grown in the grave. The former seemed to have regrown, in fact; as old fingernails lay discarded at the base of the coffin, while new ones appeared in their place.

Desperately shaken, he did not intervene when the furious Serbs drove a metal stake through Plogojowitz's chest. Frombald saw what appeared to be fresh blood pump from the wound, as well as from the body's nose, mouth and ears. The Kisilova villagers were not finished. They took the corpse and burnt it to ashes on a previously prepared pyre.

Frombald's official report seems to have been written in a state of some agitation. He detailed all that happened, all that he personally witnessed, then hoped that his actions would not be viewed as remiss. He took great pains to inform his Austrian superiors that none of this was his idea.

'I at first disapproved, telling them that the praiseworthy administration should first be dutifully and humbly informed, and its exalted opinion about this should be heard, they did not want to accommodate themselves to this at all.'

He did it in order to maintain the peace, as the 'rabble' were 'beside themselves with fear' and threatening to leave the fledgling Austrian colony.

Frombald needn't have worried. His superiors in Belgrade and Austria alike judged that he'd made the correct decision, and no further action was necessary.

The 18th Century Vampire Controversy
Throughout the 1700s, a vampire epidemic overtook Europe. Clerics, monarchs and even the cynical philosopher Voltaire had their say, before the panic finally abated.

Mercy Brown: The Last New England Vampire
In Exeter, Rhode Island, the villagers gathered to exhume the body of a suspected vampire. It happened right on the eve of the 20th century.

The Peter Plogojowitz story explains why, just one year later, the Austrian authorities in Serbia were so quick to react to a similar tale emerging from Medveđa. The Arnold Poale case elicited a full inquiry with high-ranking military men and physicians sent to the scene.

Once that story had hit the newspapers in Germany, those in Austria were quick to resurrect this earlier report. The Vienna based journal Wienerisches Diarium (now Die Wiener Zeitung) ran the Plogojowitz news shortly after repeating the Paole story.

I'm glad that you enjoyed reading it.

Its nice.. thanku for sharing

You're very welcome. I'm really fascinated by where all of these stories came from. It's amazing to see how much of it is rooted in real histories.

I truly enjoyed reading this one. With Vampire stories running rampant, it is nice to know some of the history. Thanks for sharing.

You know, this is one case which actually has me stumped. Usually I can work out the reality by reading between the lines, but this one has foxed me.

Presuming he wasn't a vampire, what was going on here?

You're very welcome, and thank you for your kind words.

Thanks Jo. You have such a way if writting that really makes these stories come alive. Thank you

Throughout the 1700s, a vampire epidemic overtook Europe. Clerics, monarchs a... 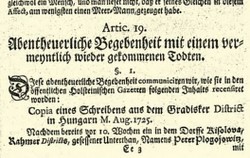 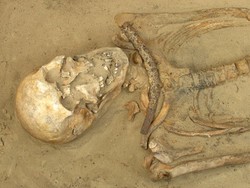 Throughout the 1700s, a vampire epidemic overtook Europe. Clerics, monarchs and even the cynical philosopher Voltaire had their say, before the panic finally abated.
100%  13   14 wrylilt
Vampires

Sick of those vamps hanging around every time you get a paper cut? Here's how to get rid of them!
Loading ...
Error!