Sneinton Festival 2014: What’s On When and Where

This year, Sneinton Festival celebrates its 30th anniversary. The annual festival was first held in 1984 and comprises a mixture of fun and entertainment for all the family, from an international food evening, to a gala day and the main carnival parade and festival itself. Most of the events are fee and all are run by members of the local community.

Sneinton on the east side of Nottingham is dominated by Green’s Windmill, which can be seen from across the city. Each year, the area holds a summer festival and this year the Sneinton Festival will run from Saturday 5th July 2014 to Saturday 12th July 2014, and there is free entry to most events.

The festival starts with a school fayre and a free cycling event on the Saturday before the first of the main events, the gala day at Colwick Woods on the Sunday. This year, unlike last year, the organisers have gone back to having events during the week including the very popular international food evening on the Tuesday.

This year’s Sneinton festival starts at 11.30am at Iona School on Sneinton Dale with a school fayre running until 4pm. It will include a barbecue, craft market and entertainment but is the only event that is not free. A family ticket will cost you £6.

What is free is the cycling event at Hermitage Square from noon till 2pm. A cycling mechanic will be there to give your bike a free check-up and there is also free food for those who bring their bikes. There will be two family bike rides leaving at 2pm, neither too strenuous; the short one will be less than five miles and the long one ten miles. Prizes and surprises are promised on the day.

This is the tenth annual gala day organised by Friends of Colwick Wood. This wildlife-themed family funday will have stalls, entertainment, refreshments and various activities. Running from noon until 4pm, the venue provides some excellent views over Nottingham as well as a nature reserve to explore. Events will include archery, belly dancers, food, English combat, silly hat contest and music. Volunteers are needed on the day.

One of the festival’s most popular evening events, this will be held from 6pm till 9pm at St Christopher’s Church Hall on Trent Road. You can enjoy a selection of food from around the world or cook your own and share with others. Music will keep you entertained while you eat.

There will be two mid-week parties. On Wednesday 9th July there will be a big-lunch party in the park by Green’s Windmill from 4pm till 9pm. People are asked to bring food to share. There will be open-mike music as well as games and activities. The following day (Thursday 10th July) there will be a party at King Edwards Park from 4pm till 7pm. This is being billed at a family funday organised with the Stop Group.

Meet up at Green’s Windmill from 11am for free face painting. The parade itself will start at about noon and will wind its way through the streets of Sneinton. The theme is the 1980s, 1990s and 2000s, so pick a decade, get dressed up and join in the fun. There will be music and floats as well as a samba band and stilt walkers.

The carnival parade will arrive at Greenway Park for the main event that runs from noon until 8pm. As well as the main stage, the park will have an under-5s play area, bouncy castles, sumo suits, spacehoppers, food stalls, face painting and various other stalls and activities. There will be free icecream from the Street Pastors from noon till 3pm.

DJ Shelly will be running the main stage and it will include a talent show from 2.50 to 3.50pm including dancing, karoke and kickboxing. In the evening from 5pm till 8pm there will be a selection of bands and a variety of music.

There will be a wind-down party at the Lord Nelson pub in Sneinton from 6pm until midnight, so enjoy a few drinks and don't forget to thank the committee members who organised the events.

The first Sneinton Festival was held in 1984, so this year is the 30th anniversary. The first festival was held on the other side of the railway line to the Greenway Centre. Since then, it has been held at the Mounts and Hermitage Square. Many still believe it should still be held at Hermitage Square as there it feels more a part of the community.

Steve Rogerson gives a personal view of being part of the Magpie team in the ... 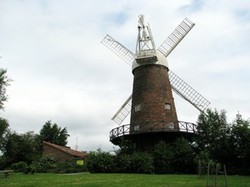 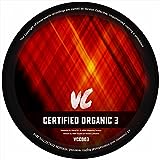