If your kids loved Sofia the First: Once Upon a Princess then we have good news and bad news. Sofia the First themed party supplies will be launching, but much later in 2013.

There is no doubt that Disney’s upcoming animated series Sofia the First will be a huge hit with the kids. Sofia the First: Once Upon a Princess was well received and we're sure the ongoing series –which premieres on January 11, 2013- will definitely be a favorite on Disney Junior. Like all other popular Disney themes and releases Sofia the First party supplies will follow – expected sometime in Summer 2013. Until then, it should be fairly easy to put together a Sofia birthday party. There's plenty of Disney Princess themed party supplies already available.

Sofia the First: Once Upon a Princess

Launched on November 18, 2012 Sofia the First: Once Upon a Princess is the pilot episode of the upcoming animated series Sofia the First, which is scheduled to premiere in spring 2013. Starring Sofia, a brown haired princess in training, the pilot episode proved to be popular amongst young girls. The movie also featured beloved Disney fairies from Sleeping Beauty: Fauna, Flora and Merryweather.

Sofia's return in the ongoing series will be another fun and charming ride for the kids. Like in the pilot movie Sofia continues her training at the Royal Training Academy, with Flora, Fauna and Mayweather as the headmistresses. Cedric's mischievousness will continue as he uses his old tricks to try and take the kingdom for himself. It'll be up to Sofia to safeguard the King's gift to her, the Amulet of Avalor, as she thwarts Cedric's plans.

Of course, she'll continue to talk to animals throughout the series and the kids will love the appearances of some of Disney's other highly popular princesses.

A Birthday Theme You Can't Go Wrong With

Even though the Sofia the First party supplies won't be available until the Summer you can still plan a Sofia birthday party. Sofia the First features Disney's other Princesses so finding themed tableware, favors and decorations won't be a problem.  There are many Disney themed games and activities available. This makes it easy to come up with fun and exciting activities for the girls to do.

Another way to celebrate a birthday in Sofia-style is with princess colors. Solid colored tableware, decorations and other party supplies such as pinks, purples and light blues work best.  For example, Sofia herself prefers to wear a purple dress.

Favor and activity ideas for a Sofia birthday party are actually pretty easy and readily available. Princess favors, such as tiaras, make for excellent gifts the girls will love. Incorporate the idea of a Royal Training Academy as an activity for the girls and you'll definitely make their day. You could even buy Sofia the First: Once Upon a Princess for the birthday girl then allow the kids to watch during the party.

Despicable Me Birthday Party Supplies
Due to the success of Despicable Me, Universal Pictures will launch a sequel in July 2013. With that sequel come the new Despicable Me birthday party supplies.

Doc McStuffins Birthday Party And Party Supplies
A Doc McStuffins birthday party is the perfect idea for your kid’s next birthday. This guide will help you choose some party supplies, party activities and fun games.

Monster High Party
Throw a Monster High Party with these great ideas! Also, included is a basic party planning step-by-step guide.
Updated: 04/17/2013, AlanB
Thank you! Would you like to post a comment now?
1

Are your kids looking forward to the upcoming Sofia the First animated series? 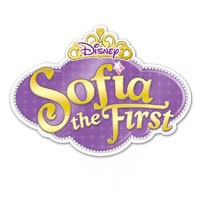