Along with the tableware comes invitations, decorations and favors

A look ahead to that extra special Monsters Inc. 1st Birthday party

Despicable Me Birthday Party Supplies
Due to the success of Despicable Me, Universal Pictures will launch a sequel in July 2013. With that sequel come the new Despicable Me birthday party supplies.

Sofia The First Birthday Party And Party Supplies
If your kids loved Sofia the First: Once Upon a Princess then we have good news and bad news. Sofia the First themed party supplies will be launching, but much later in 2013.

Doc McStuffins Birthday Party And Party Supplies
A Doc McStuffins birthday party is the perfect idea for your kid’s next birthday. This guide will help you choose some party supplies, party activities and fun games.

Monster High Party
Throw a Monster High Party with these great ideas! Also, included is a basic party planning step-by-step guide.
Updated: 03/08/2013, AlanB
Thank you! Would you like to post a comment now?
1

What do you think of the Monsters Inc. 1st Birthday party supplies?

omg how do I order these monsters inc.. 1st bday supplies?? I need need them for my grandsons party..We based the whole theme on these images that are all over the internet and now I cant get them...??

I'm extremely upset! I can't find this party set anywhere!!!! I have been searching for a week! They have all been discontinued! I love monsters inc and my son's room is completely done with monsters theme and I thought it would be awesome to do his birthday party with this set. I'm so sad... :(

Hi, Elizabeth. This theme has been discontinued. You may want to try Amazon or Ebay, but I'm not sure you'll be able to find this on any of the party supply sites.

Hi I would like to know where can i order this monsters inc 1st bday supplies because i will be doing my son bday party. Please let me know how can i order or what website will i need to go to. Thanks :)

Just wanted to let everyone know that the party supplies have launched and that I plan to either update this article or create a new Monsters, Inc. 1st Birthday party planning guide.

Hi Jez. It seems that February is a popular release date for movie themed party supplies.

A tweetup is defined as an organized or impromptu gathering of people that us... 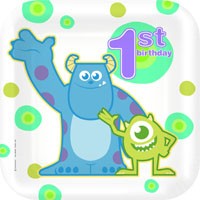 A tweetup is defined as an organized or impromptu gathering of people that use Twitter. Do you have tweetups in your area? If not, you can start a tweetup trend yourself.
95%  8   12 DerdriuMarriner
Party Themes 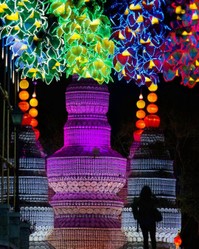