Disney Pixar’s Cars is about to get a spin-off called Disney Planes. Of course, this also means there will be official Disney Planes themed party supplies as well.

Cars is one of Pixar Animation’s biggest successes. Disney Pixar would go on to create a sequel simply called Cars 2. Capitalizing on the success of the Cars movies Disney will release Disney Planes in August 2013. Like most big Disney releases Disney Planes will receive their own official party supplies. The Disney Planes party supplies are set to launch shortly after the release of Disney Planes on August 9th, 2013.

Where best to have a Cars spin-off than in the air?

Disney Planes is about a fast-flying crop duster named Dusty Crophopper.  Dusty has dreams of one day taking part in an around-the-world air race, but two things are stopping him: he’s not built for racing and he’s afraid of heights.  In true Disney fashion Dusty overcomes these two obstacles with the help of his mentor, naval aviator Skipper. Dusty overcomes his fear –with encouragement from Skipper- to barely qualify for the around-the-world race.

The main antagonist in Disney Planes is the defending champ named Ripslinger.  Not liking some of Dusty’s qualities, like sportsmanship and speed, Ripslinger tries everything he can to ensure Dusty fails.  Overcoming Ripslinger and a disaster in the final race requires Dusty to find courage.  This ultimate test of courage will surely lead to inspiration for kids and adults alike.

Like all Disney movies, this movie will surely be another hit and will inspire a new franchise for Disney; even though it’s a spin-off of Cars.  The character designs are definitely inspired by the Cars characters, but it is important to note that Disney Pixar won’t be producing this film.  Instead, DisneyToon Studios –an animation studio owned by The Walt Disney Company- will be producing Disney Planes.  Also, Disney Planes is expected to be a direct-to-video release.

All images are copyright© 2013 The Walt Disney Company.

Do you think Disney Planes will live up to Disney Pixar's Cars? 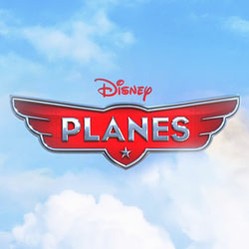 What are the top animated children's movies for 2011? There are some great kid's movies premiering this year from some of the top studios including Disney Pixar, and Dreamworks.
59%  5   5 lauryallan
Kids Movies

Looking for something good for the kids to watch at the cinema or just some good family viewing? Then check out this list of the best new kids movies 2013.
51%  1   7 StevenHelmer
Kids Movies