Southcliffe, a four-part drama looking at the effects of mass murder on a small community, starts on Channel Four on Sunday 4 August 2013.

Rory Kinnear, Sean Harris and Chris Cooper star in Southcliffe, a four-part drama that explores the darkness of a small market town that has been devastated by a killing spree that leaves fifteen people dead. The first of the four hour-long episodes is due to be broadcast on Channel Four on Sunday 4 August 2013.

One day changes a small English market town forever. A spate of shootings rips apart the community. That is the story behind Southcliffe, a four-part drama due to start on Channel Four on Sunday 4 August 2013.

The programme starts when loner Stephen Morton (played by Sean Harris) goes on a killing spree that leaves fifteen people dead. Rory Kinnear plays TV journalist David Whitehead, who returns to his hometown to report on the shootings and try to find answers to why it happened, but he has his own secrets from when he lived in the town.

This is a dark show, which probes into the behaviour of seemingly ordinary people. The cover is taken off the motives for people’s actions and what lies underneath is not always pleasant.

Rory Kinnear won a British Independent Film Award in 2012 for best supporting actor for his role as Bob Oswald in the film Broken. He is also well known for playing Bill Tanner in the James Bond movies Quantum of Solace and Skyfall. He is the son of actor Roy Kinnear. TV appearances include Kyle Betts in Five Days, Denis Thatcher in Margaret Thatcher: The Long Walk to Finchley, James Mitcham in Waking the Dead, Septimus Ludlow in Cranford, Dan Bishop in Vexed, Michael Callow in Black Mirror and Reverend Septimus Crisparkle in The Mystery of Edwin Drood.

“David has spent 25 years suppressing his feelings towards the people of Southcliffe and never forgetting what they did to him and his family,” said Kinnear about his character. “He’s never confronted it – to the extent that he drinks heavily, is unfaithful to his wife and treats news as a commodity of entertainment. He has no compunctions about exploiting and manipulating the emotions of others, until he’s finally forced to cover a story that means something to him, that takes place in the town where he grew up.”

Sean Harris is a regular on TV screens in his role as Cesare Borgia’s henchman Micheletto in The Borgias. In 2011 he won a Horror Jury Prize at the Austin Fantastic Fest for his role as Mr Kidd in A Lonely Place to Die. He was also nominated for a Chlotrudis Award for playing Ian Curtis in 24 Hour Party People. His career dates back to the late 1990s with a number of one-offs, including three separate appearances as different characters in The Bill. His first recurring role was as Ormond in Cape Wrath. He recently played Fifield in the film Prometheus.

“Southcliffe is a fictional market town inhabited by fictional characters, but with similarities to many actual people and places in Britain today,” said Grisoni. “Invisible people, anonymous places. Rather than analyse or moralise about our characters’ actions, we share in them. Southcliffe is an anthem to ordinary people’s ability to reinvent themselves in the face of ultimate darkness.”

You always find the most interesting programmes. 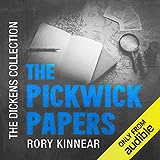 As long as he can keep regenerating, the Doctor can now live forever. But for much of his 50 years on our screens, he wasn't that immortal.
99%  14   8 kimbesa
British TV