The Circuit de Catalunya in Barcelona will host round five of the 2013 Formula One racing championship on Sunday 12 May 2013.

Sebastian Vettel leads the drivers championship and Red Bull the constructors championship as the teams head for Europe and the Spanish Grand Prix in Barcelona. But many will be watching the McLaren team closely as it has been working on a number of upgrades following a disappointing start to the season. And Lotus will be looking to build on a very good Bahrain Grand Prix last time out.

All eyes will be on McLaren as the Formula One racing teams prepare for the Spanish Grand Prix in Barcelona on Sunday 12 May 2013. The new McLaren car has performed well below expectations in the opening four grands prix as can be witnessed by the paltry 23 points the two drivers – Jenson Button and Sergio Perez – have picked up so far this season. But team bosses promised to use the three-week gap since the previous race in Bahrain to bring in a number of planned improvements that they hope will make the car competitive.

Meanwhile, Red Bull and their lead driver world champion Sebastian Vettel have got off to a strong start with both leading their respective tables despite the ongoing row between Vettel and his teammate Mark Webber. Lotus though are the surprise holders of the second place slot in the constructors championship after their two drivers – Kimi Räikkönen and Romain Grosjean – came in second and third behind Vettel in Bahrain. Force India driver Paul di Resta also raised some eyebrows in Bahrain with a creditable fourth place finish that elevated the team to fifth in the championship, ahead of McLaren.

Ferrari and Mercedes didn’t live up to their early promise last time out with Lewis Hamilton only managing fifth for Mercedes and Fernando Alonso eighth for Ferrari. Williams came close to getting their first point of the season when Pastor Maldonado just missed out, finishing eleventh. Still no points yet either for Caterham or Marussia, and Sauber and Toro Rosso, though both on the board, are struggling for form.

The Circuit de Catalunya has been difficult for overtaking, but kers and DRS are helping; there will be two DRS zones this time. None of the drivers seem to like the chicane inserted a few years ago near the end to slow the cars down, but there are no signs of it being removed. Wind is also a factor, especially as it changes direction frequently. But the drivers do a lot of testing here, and so most will be familiar with the layout. Pastor Maldonado was the surprise winner last year.

Pirelli has decided to go for harder tyre compounds after many complaints about degradation in the opening races. The orange hard tyre has been made even harder and it will be backed by the white medium compound tyre. Tyre management though will still be important as the rear tyres especially can overheat on this circuit.

Sebastian Vettel has become the first Formula One driver to test the new, though as yet unfinished, Sochi Olympic Park Circuit, which hopes to host the Russian Grand Prix in 2014. At 5.9km, it will be the third longest on the calendar, behind Spa in Belgium and Silverstone in Great Britain.

The FIA is to hold a meeting in Barcelona with team bosses to discuss a proposed new penalty system for teams and drivers. The idea is that rather then grid penalties and fines, drivers will accrue penalty points for misdemeanours, which will lead to suspensions for one or more races.

The struggling Williams team has posted a nearly US$8m pre-tax loss for last year despite being profitable in 2011. But the team insists that it is still profitable as the figure does not include $15m Formula One income and that it is still planning on building a new research and development centre.

Watching Lotus and McClaren will be entertaining but Vettle needs to watch Alonso and Massa. Alonso would have challenged for top spot on the poduim in Bahrain had his DRS not malfunctioned. 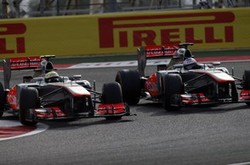 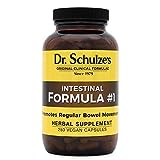