Spray Painted Batteries May Be The Next Evolution Of Power

Turn Any Surface Into A Battery: Rice researchers have innovated/invented a way to create a battery by spray painting the layers commonly found in bigger batteries onto any surface

Batteries are often a big chunk of the weight in portable devices. They are also responsible for taking up a lot of the precious real-estate in a device making it harder to shape it or shrink it without losing power. Researchers at R.I.C.E. have spent years perfecting what may be the next greatest thing. A battery that requires no hard shell or sizable space in the device but that creates more power in a smaller space.

Imagine being able to buy a device like an iPhone that is so light weight they can add even more coolness to it and make it so thin you may cut your hand when you pick it up (*Grin*). With better battery storage such as that which can be painted on means new and more intriguing designs of coming electronic devices including shapes that were not possible with the old chunky battery styles.

Batteries have long been one of the biggest problems for device manufactures. They need a lot of power, lasting power, and this generally meant the battery needed more ingredients to make that happen. This lead to the bigger battery and in turn the device had to be bigger.

Older devices were already clunky like Walkman and the like, but today's electronics are trying to get smaller and smaller with more power.

A team at a research lab called RICE have been working tirelessly to generate a new type of battery that infuses the "layers" of ingredients into several types of paints so it can be spray painted on. It uses some nano tube technologies and the types of paints had to be in specific chemical formulations to work with the various layers/chemicals.

They've finally done it by creating a set of paints that can be spray painted, dried, then the next layer applied until the complete battery is finished.

The beauty of this concept is it can be painted onto anything from glass to wood to paint and more. The power generated has shown to be pretty stable even through several charge/discharges.

Batteries work through a set of reactions that happen naturally with certain types of metals/chemicals that generate and hold power. You can actually make a battery from a grapefruit or any acidic fruit and some Gatorade (but that's another article coming) which is a great way to educate your children about the "power" contained in fruit and electrolytes!

Below is a video from the research group themselves explaining in more detail how their painted on battery works and showing you it working in real time as they lit up the word "RICE" in lights similar to those found in the new LED flashlights. They painted the battery onto bathroom tiles then networked them in serial to up the power rating.

One area they are working on using this is in solar cells, a perfect marriage of technologies that would allow storage of power without taking up space (the power cells/painted battery would be housed behind the device).

How It Works, Looks, and See It In Action!

Now this is amazing, what cutting edge thinking. I love this, thanks for bringing such innovative works to our attention. Spray on batteries will be so useful! :)K

Glad you liked it, I'm excited to see this go mainstream- at the moment it's a (working) idea that they are perfecting specifically for solar cells and digital devices

This is great information. I would love to see this made available. My husband is working on a solar system for our home and I am sure he would like to be able to use the spray on batteries for it! I have to send him this article ... so cool.

Metal fabrication is an age-old method to accord shape to objects used as str... 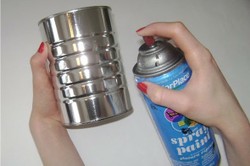 Years ago I became obsessed with Telechron clocks. I still have most of them in boxes. The desire to collect is strong and the vintage alarm clock has lots of history to admire.
55%  3   7 pateluday
Metallurgy 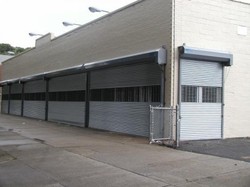 Metal fabrication is an age-old method to accord shape to objects used as structures buildings and the construction process. The metals used are usually structural steel and iron.
Loading ...
Error!