Star Wars prequel movie reviews. The Phantom Menace, Attack Of The Clones and Revenge Of The Sith all reviewed in one. Why were the Star Wars prequels so bad? And what could have made them better?

Why Were The Star Wars Prequels Bad?

Star Wars for me was a much loved movie trilogy with a familiar good vs evil story that unfolded for me in the early 1980's when I was a child and to me they were the movies that inspired and captured my imagination. The very idea of a Jedi fighting against the Empire and the dark side of the force just really made my day. And Darth Vader was a classic movie villain with that distinctive James Earl Jones voice and all the other characters that helped to shape the Star Wars universe into something unbelievable and almost magical.

Then out of the blue in the 1990's George Lucas announced that he was going to make some prequels and the rumor was he would make some sequels to the originals which in my opinion would have been far better. Instead he decided on the former and wanted to tell the story of how Anakin Skywalker became Darth Vader in 3 movies that were to become the most villified movies of the whole series.

We shall start by casting our critical eye over the first instalment The Phantom Menace which epitomized everything that was wrong with the prequels as a whole.

The air of excitement soon diminished when everyone watched this movie and it had two of the most irritating things ever to appear in a potential blockbuster movie. Jar Jar Binks was one of them, even the very voice of this annoying character really grated with me and lots of other Star Wars fans.The second thing was that there was no real menace that was suggested in the films title. As Darth Maul was a bit of a wet lettuce even though he was portrayed by Andy Park for christ sake!

The subtle hints of The Emperor were great as those who had seen the original movies knew that Palpatine was the Emperor. And perhaps this was the only great thing about the prequels, the build up of revealing the Sith lord to the Republic and the Jedi order.

Also the fact that in the Phantom Menace Qui Jon Gin explains the Force away with a scientific labelling of little meta chlorines which sounded like a load of rubbish as this wasn't mentioned when Alec Guiness's Obi Wan Kenobi explains the Force to Luke Skywalker. It just sounded like they were trying to expand on something that didn't need expanding upon because personally I liked the mysterious nature of the Force a sort of Chi to balance the universe between good and bad.

The CGI effects of all of these prequels were top notch. But it seemed that the production design and the computer effects over rided the story with some of the boring elements like Queen Amadala and some of the Jedi Council meetings which were just dull.

Best bits - The best bits of The Phantom Menace were when Darth Maul got chopped in half by Obi Wan at the end. And C3PO and R2D2 who were the classic droids from the original movies also appeared.

The pod race was also one of the best bits of this film, the rest was just fluff!

Attack Of The Clones

Attack of the Clones again had good and bad qualities to it. The Amadala/ Anakin love story was just too sugary and should have been glossed over really as the dialogue between the two of them served no real purpose. I felt like it should have been cut from the film or reduced in my opinion. Of course it was probably needed for the emotional impact of the closing scenes of Episode 3.

Episode 2 here also kicks off the Clone Wars which if you remember Luke Skywalker mentions way back in Episode 4 A New Hope when he is talking to Obi Wan Kenobi about Anakin his father. The Clone Wars has it's own spin off show which just expands the war story in computer animated form which is actually quite good.

The beginning half of the movie I thought was dull. It picked up midway though when Christopher Lee appears weilding a light sabre as a villain of the dark side and later fights Yoda. This on it's own is one of the best bits of the whole film.

Again with this second movie the effects take precedence over plot. And we see a story progression that doesn't excite or go much of anywhere except it just plods along at it's own pace filling in the blanks with whatever George Lucas felt like at the time.

Best bits - Christopher Lee as a villain always is amazing. Yoda flying all around the screen with his light sabre whilst fighting Christopher Lee (or his stunt double lol!) Anakin gets his arms chopped off the whiny little brat.

We also get to see the plans for the Death Star which appears in the original Star Wars movies. Also it's nice seeing some imperial storm troopers and ships that are starting to look like they exist in the Star Wars universe for a change oh and more droids which was nice.

Revenge Of The Sith

Episode 3 although part of the disaster of these prequels sort of redeems itself as the best of the lot with minimal bad bits with lots of good stuff that makes the transition and can actually call itself a Star Wars film. With the Sith Lord revealed in this movie. Things shift at a cracking pace with Anakin going bad in his own whiny way as he exterminates all the young Jedi. Then he joins the dark side as the Emperor fools him into believing that he can save Amadala from dying as he had visions that she would die.

There's explosions of force galore as Senator Palpatine is revealed as the Emperor/Sith lord and he and Yoda have a battle of the Force with flying podiums. Pretty much all of the Jedis get killed which means that Yoda obviously exiles himself to the swamps of degobar.

All in all this was the best of the lot of these very bad prequel movies.

Best bits - The light sabre fight between Obi Wan and Anakin right at the end is the best bit. The Emperor does some lightning force antics which amused. Darth Vader appears right at the end looking on at a partially built Death Star.

Revenge Of The Sith DVD

As mentioned before the production came first before the story so we didn't expect much in terms of good character development as this became a secondary priority that wasn't explored fully. Palpatine/Emperor I felt was explored a bit further and developed more as a rounded villainous character.

Jar Jar Binks should have been killed in Episode 3 sliced and diced to appeal to the fans nuff said!

The prequel movies themselves existed on their own as a separate entity that seemed to distance themselves from the original movies in such a way that when it came to the final film were left with a sense of is that it?

Remember the original movies and not these abominations is your best bet. I wonder if there is a good way of wiping my mind of these Star Wars Prequels?

Well now that Disney owns the rights to the Star Wars movie franchise after Lucas Retires from everything Star Wars, they are going to make more Star Wars movies and this means that anything could and will happen. Whether they do direct sequels of the original movies is as yet unclear, but with Director JJ Abrams on board, it might actually turn into something special who knows!

The potential is there to try and make decent Star Wars movies again like the original film trilogy. I think they should only use a few of the old characters and bring completely new characters in from the Star Wars comic books as really those books continued the saga really well and there are lots of cool story lines from them comics and graphic novels!

I personally am looking forward to new Star Wars movies as we really need to get past the awful prequels and start to think of opening up the universe and see new cool stuff!

What do you hope the new films will have in them? Do you think Hans Solo or Luke Skywalker should be in the new movies? Or do you think they should completely reboot the movies like they did with Star Trek?

I agree - I enjoyed the "original" 3 episodes much more than the prequels.

Cheers now! I love the original Star Wars movies with luke skywalker and Darth Vader they were much better. I like Star Trek too. Can't wait for the next movie to come out!

I enjoyed reading your reviews on SW prequel movies. I completely agree with you, that there were some dull moments there and bad dialogs. But in general I love the SW.
But still, I am huge fan of Star Trek. Trekie in heart! :)

There are 13 Districts in Panem, plus a controlling Capitol. The Hunger Games...

An Unexpected Journey is the first of two Hobbit movies by Peter Jackson.
29%  2   3 SeanMac
Fantasy Movies 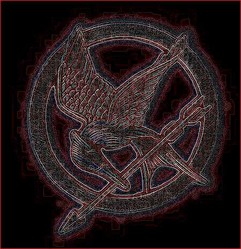 There are 13 Districts in Panem, plus a controlling Capitol. The Hunger Games, where kids fight and die, is the fictionalized, future North America, created by Suzanne Collins.
Loading ...
Error!