The Hungergames trilogy has rocketed. Often there is no rhyme or reason to why things take off, but this movie is an exception. It is easy to see why this narrative soars.

Collin's didactic approach to consciousness raising has been a long time coming. The book and the movies that come from them are about television wars and their staging.
Perhaps - just perhaps - through this movie, the world will wake up and see. If so - we will have a lot to be Susanne Collins for.

A Report on the Banality of Evil

Arendt matters - why we see ourselves in the Hungergames

Suzanne Collins seems to have read a great deal of the work of Hannah Arendt.   Through The Hungergames narratives, we are asked to think through seemingly incomprehensible arguments about justifications for war.

As the plot develops across three distinct sections, we are asked to confront the realities of war. The book has been structured in much same way that Arendt uses Socratic techniques to work through situational ethics.  She makes visible the processing that the human mind must go through to eventually arrive at an authentic, individuated capacity for morality and compassion.  The implication is that developing the capacity to 'see' truth and to evaluate the morality of actions can only be arrived at through processes as developed by internal dialogue.

Jennifer Lawrence cast as Katniss Everdeen is drawn into a world where she will have to decide whether to kill or be killed.  It is by "being in and with her thoughts" that we are asked to decide what we would do if we were in her shoes.  Her situation is complicated by the fact that others depend on her.

Although it would be arguable whether Hannah Arendt is one of the greatest thinkers of the 20th Century, we cannot overlook her contribution to society.  She like Friere, Boal, Chomsky, Bauman and Bourdieu sought to discover frameworks within which we are able to think about war, violence and the seemingly inevitably circular nature of this phenomenon.  Although The Life of the Mind (Arendt 1981) remained incomplete, it is a brilliant work that focuses on the mental faculties of thinking and willing.  Arendt focuses mainly on Socrates and his notion of thinking as a solitary dialogue between Me and Myself, and in so doing causes us to think about concepts of conscience.

The Serious Themes of The Hungergames

What can be acceptable and under what circumstances

The dialogue Katniss has with herself is a fantastic example of this internal 'Socratic' conversation. This framework for thinking provides Katniss with no positive prescriptions, but instead, she has to work through what she can or cannot do if she would remain friends with herself.  The final scene of the trilogy takes this Socratic notion even further.  Katniss is wondering what she will tell her children when they are old enough to ask about The Hungergames.

Arendt's work was controversial because the process of argumentation did not use Eichmann, a Nazi Officer in the Second World War, as a scapegoat.  On the contrary, Arendt looked at every side of the issues involved with his horrific crimes and came to this conclusion....

Just as you [Eichmann] supported and carried out a policy of not wanting to share the earth with the Jewish people and the people of a number of other nations—as though you and your superiors had any right to determine who should and who should not inhabit the world—we find that no one, that is, no member of the human race, can be expected to want to share the earth with you. This is the reason, and the only reason, you must hang. (Eichmann in Jerusalem: A Report on the Banality of Evil. 1963)

This thematic question "What can be acceptable and under what circumstances" is the permeating leitmotif of The Hungergames.  We stay inside the head of the heroine, listening to the confusion of her thoughts until the end of the last installment of the trilogy - The Mockinjay.

A Writer of Serious Literature

If you obtain a copy of the Hungergames DVD  Part 1, it is worthwhile watching the second bonus DVD that takes you through the entire construction, philosophy and rationale behind the making of The Hungergames.  Suzanne Collins is an incredible writer.    The team that worked with her to make her books come to life through the movie have all been committed to staying truthful to the books. They have done a remarkable job of animating the story.

If you browse IMD The Hungergames Reviews, they are far from glowing.  The main complaint seems to be that the characters have not been developed.  This deep emotional analysis would be impossible to achieve in the shorter space of the movie.  The book is a narration carried out through Katniss' internal dialogue.  This privacy of thought can't be achieved in an action drama of the style of the movie.  Already The Mockingjay, the final book of the trilogy, has had to be broken into two parts because the read time of the audio lasts 11 hours.  In all of the reviews, you will notice that no-one has criticised the books themselves. They have only been scathing that, in their opinion, the movies haven't been able to capture the depth of insight that Collins has woven into the story.

When I first heard of the Hungergames, I was doing a course on writing and we were asked to study the 'lead in' to the "reaping".  We were directed to pay attention to the way the writer built tension and introduced the idea of child combat.  Significantly, only one of the children would be allowed to come back alive from these gruesome games.  I dismissed the whole idea of the books as ludicrous!

Looking back now, I ask myself why did I dismiss this idea when in our own lifetime we have seen children used to detonate land-mines, and we have seen brutal child combat in warring countries. Although I have read about Hitler's Youth, and explored the way young people were used as pawns of the Second World War - somehow I still dismissed the idea as ludicrous.

Not surprisingly, I have been asked to work with excerpts of the book numerous times, but it was not until I began a course on Gamification and the topic surfaced, "Define what makes a game.", that it dawned on me, "I had better see these movies".

I have now seen Part One and Two and listened to the audio of Part Three (which has two parts) I have also read a great deal and watched the accompanying DVD, which shows how the movie was made and how much care was taken not to turn the story into a cheap Hollywood fake.  This was quite an accomplishment.  Authenticity was partly achieved by juxtaposing raw hard terror with a pretentious facade of a fake plastic world peopled by people who would gamble on Hungergames.

Suzanne Collins shares her motivation for writing the series at the end of the audio version of The Mockingjay.  She asks the young people reading her book to think about theirs lives and to identify where they see themselves and the world around them portrayed in the trilogy.

She then goes on to talk with young people

I think it is important for everyone to read.  It exposes you to people and places and times and ideas that you may never encounter otherwise in such an intimate way.  There is this one on one connection.  No one is interpreting the material for you.  It’s this opportunity for your mind to meet the writer’s mind.  Grab it! (2010)

The didactic approach that Collins has taken has been a long time coming to the movie world.  In the world of education we have seen very brave figures like Freire and Boal teach older students how to recognise oppression, and by learning how to see, and to understand seeing, and in coming to understand oppression's structure, to resist it.

Collins has been able, through the thoughts of Katniss Everdeen, to show educators how to bring this kind of awareness into the lives of younger student cohorts.  In the brave new world of voyeuristic reality games, it is timely to help younger people see and recognise the powerful effects of staging.  In The Mockingjay there is a high pitched, very tense section of the story where Katniss is accusingly asked "Are you defending them?"   (People from the Capitol)

She says,  "Can't you see they are not awake? They can't see!"   This is the crux of the nightmare that characterises modernity.  Perhaps - just perhaps - through this movie, the world will wake up and see.   If so we will have a lot to be Susanne Collins for.

An Audio Book Taster and a Trailer

Take Care You Will Be Drawn In

What Can Australians Do About the Current Political Situation?
"What can I do about treatment of refugees," "I am appalled at what mining is doing to our country, but I don't know what to do about it!" These cries are now heard on many forums.

Holocaust Memorial Day Interview with Auschwitz Survivor Eva Mozes Kor
Eva Mozes Kor and her twin sister Miriam survived the Holocaust, because Dr Mengele needed them for medical experiments. Today she is speaking with Wizzley.
Updated: 02/11/2014, Jo_Murphy
Thank you! Would you like to post a comment now?
4 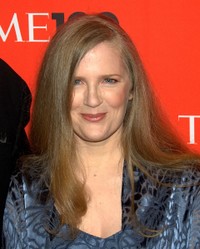 A rant about why the Star Wars Prequel movies were bad.
Loading ...
Error!