Victorian steampunk costumes are on the rise. Can you spruce up your anime and manga cosplay with a few sprockets?

A beautiful fusion of science fiction and Victoriana has exploded onto the convention scene.

Not since Jules Verne and H.G. Wells first set their imaginations to typeset has the world been so full of industrialized, sassy punks. Technology meets steam in a glorious fashion revolution!

Steampunk costumes are everywhere. Do you get what it's all about? And are you ready to alter your cosplay to fit the bill? If not, read on!

The Steampunk Bible by Jeff Vandermeer and S.J. Chambers

An Illustrated Guide to the World of Imaginary Airships, Corsets and Goggles, Mad Scientists, and Strange Literature.

It's a counter-culture movement designed to bring out the spirit of Victorian invention in your fashion and attitude. 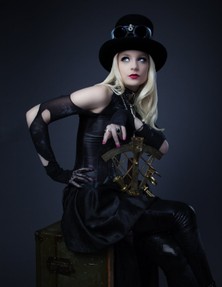 Steampunk takes the Hands On Imperative to a whole new level. It combines the elegance of Victorian England with the information explosion of the Age of the Internet.

But the technology here isn't all cyber (that's Cyberpunk), it's everything and anything that your imagination can conceive.

"It's the future that never happened," explained Eytan Kollin, the co-author (with his brother Dani) of the Steampunk novel The Unincorporated Man.  That sounds like a great nutshell definition to me!

Though if we're being more precise, it's what the future would have been if the modern cyberworld had been so advanced a century earlier. Gentlemen in top hats holding a cellphone; ladies in bustles chatting on-line; motorbikes roaring down the old promenades, competing at junctions with powered penny-farthings.

The energy here is steam and clockwork. The gadgetry is all on show. This is no world for insubstantial plastic, which hides its inner workings in throwaway cases. The pride is in demonstrating, for everyone to see, how your machinery does what it does. We're all mechanics now!

Books on Steampunk Costumes and Creations

Need some tips from the inventors extraordinaire? Buy these guides to discover what you can do with your steampunk cosplay!

On the Origins of Steampunk 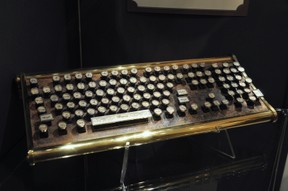 The genesis of Steampunk is obviously with the actual Victorian science-fiction writers.

As H.G. Wells imagined the future, this movement lives it.  The wild literary technology expressed by Jules Verne finds reality in Steampunk's arts and crafts.

Literature is important here. The whole movement began in works of fiction. Minds continuing the vision set by their Victorian predecessors; and applying what actually happened on top. It became a rich seam of wondering what could have been, had Wells and Verne seen truly. The worlds that they penned felt so real that they eventually seeped from the page into wardrobes and homes.

In terms of counter-culture, Steampunk gradually gained credence since the 1980s, creeping through the '90s to finally have its day now.

There's a deep psychology here. Steampunks look around themselves to a mainstream age of sameness. Clothes off the peg keeping everyone following the groove of narrow conformity.

Everyone looks the same, dresses the same, wear the same hair-styles. They buy (and then discard) the same items, furniture, cars, 'phones, gadgets, all because stores and media tell them to. Like sheep being herded into the same restrictive pens.

It's banal! It's boring! It's mass-produced goods bought to break or fall out of fashion a short while later. Where is the pride in it all?

Steampunks create their own clothes and personal items. The more skilled do it from scratch. The less proficient take what's on offer, then add their own decoration, or take off the lid and expose the innards. All is different here. It's creative and it's exciting. It makes people want to tell you what they did; and show you the results.

And above all, it's very, very elegant.

Rummage Through Steampunk Supplies on eBay

Adapting Your Anime Cosplay into Steampunk

You already have the base costume here. All you need to do is let your imagination soar! 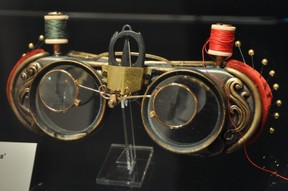 There are no guides to tell you how to transform your anime and manga cosplay into a Steampunk look. That would be defeating the object and doomed from the start!

However, there are ways to start your voyage into creating something utterly unique and exciting for the conventions.

The trick is to put on your cosplay, look in a mirror, walk around for a while and really think about your character. If he or she had been born in the Victorian age, what would they wear?  Would it be elegant or practical?  High born or common? Is there something that you're wearing that, with a bit of tweaking, could be described as Victorian anyway?

Next move onto their gadgets. If your character usually carries a weapon, 'phone or computer, then those are easily made Steampunk. If he or she has some mode of transport, then start pulling it apart to reveal the mechanisms.

Is there something plastic which could be made metal?  Is there jewelry which could be adapted with cogs and sprockets?  If there are spectacles, then prepare to turn them into goggles.  In fact, add goggles anyway. You'll need it with all that open air and steam around!

Really, the only thing stopping you here is your will to start and the constraints of your own imagination.  Think, dream, then make; and good luck!

More Steampunk Guides to Get you Started

Ready to get creative? Buy these books for more insights on how to put your dream cosplay together. Full steam ahead!

Tell us all about your anime and manga steampunk creations!

I've seen some Death Note steampunk that was done extremely well. Mello and Matt especially lend themselves to the genre.

I never thought about anime, manga and steampunk in same sentence. I am not even sure if I think in sentences...
Nice info here for all costume lovers:)

Get all the tips and products you need to help you realise the perfect Akatsu... 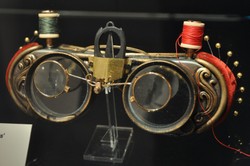 The Steampunk Bible: An Illustrated Guide to the World of Imag...
73%  9   7 NanciArvizu
Cosplay 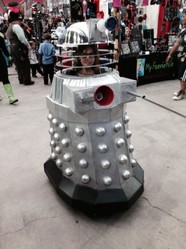 Comicon gives those who aren't usually in the spot light a chance to shine.
17%  0   2 AAAnime
Cosplay 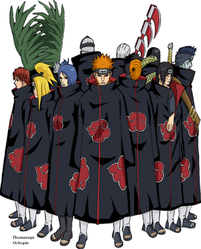 Get all the tips and products you need to help you realise the perfect Akatsuki cosplay.
73%  11   6 JoHarrington
Manga

Imagine finding a notebook on the floor. Imagine that any name written within it would cause that person to die. What then?
Loading ...
Error!