My experience with step eight in recovery. It sounds easy, but...

I thought this step would be as easy as pie. I thought, 'No problem!'

I was very wrong. When I finished writing my amends for the people I thought of and thought about it for a while, I thought I was finished with my list. My sponsor asked about all those people on my fourth step list that were not on my eighth step list. Uh-oh! I had to add them? That sucks!

I called my sponsor and we spent several minutes going through a couple of the names on the list to get me started. Then, I was on my own.

I sat down to write why I had to make an amends to one person on the list. Of course, the phone rang, a friend came over, I needed to do this or that, had to get groceries, etc...

By the time I got back around to doing the list, it was late and I was tired. I decided to wait 'till the next day. I wonder if I could have done it, if I had gotten back to it the next day?

Lists are helpful for many things

Recovery is not different

I have a hard time dividing myself

A little helpful time out

How the hell did I harm them?!?

I met with my sponsor to go over my list. I had done nothing on the list since I had spoken to her on the phone. I was ashamed of myself. How could it be I could not work on something so important? What was I thinking?

"We all have times like that. You just have to put the unimportant things off and do what is important to You. You have to take care of you, first. If you continue to do all those things that are important for everyone else, and not yourself, you will be out there using again." My sponsor said, "Now lets meet again next week and see how it went."

...and became willing to make amends...

I went inside and I prayed. I prayed for the knowledge to know how I had harmed these people and the courage to write it on paper. Then, I began to write and the words flowed out of me as if someone else was writing it. I was amazed! I had written the harm I had caused fifteen people in less than an hour! When I had spent more than an hour just trying to think of how I had harmed one of the people on the list! Wow! I was definitely impressed with God!

The next part of the step said "became willing to make amends to them all."

That should be easy, after all. I knew who I had harmed and what I had done, so...

I read through the list. There were names on there that I had not put on the original list with a description of what I had done to them. What the hell?!?!? I didn't do that to them! I would NEVER do that to them. Why would I write such a terrible thing?!?

I could not bring myself to rewrite the list or mark out the things I did not remember writing. Could it have been God who wrote them? I have no idea, but, as the week progressed, I remembered the stuff that was written and was ashamed of myself.

There were some on the list in which  everything inside me said, "They deserved what they got, just look at what they did to me! I don't owe them anything! I refuse to make amends to them because they did all those hurtful things to me! Screw that!"

Each and every one!

"Half measures availed us nothing. You have to become willing to make amends to the ALL. We cannot continue with your steps until you work this out." My sponsor told me.

Are you kidding me? I cannot continue until I am willing to make amends to four out of twenty five people on my list?!? Was she for real?!?

I have a very stubborn streak in me because after three weeks of working on this, we agreed that becoming willing to become willing was as good as it got for those three. I must keep them on my list and pray for them regularly, making sure they are in my next round with the steps.

Sometimes, we can only do what we can do.

I would love to hear from you... 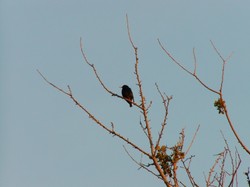