Steve Jobs never liked living under societies "rules". He felt they didn't apply to him and with a nice cleaver loophole- he was able to avoid having a license plate!

If your cleaver enough you can beat a lot of societies laws without breaking any actual laws. Lawyers do it all the time. Actually, the wealthy do it all the time too. What Jobs did, however, to avoid ever having a license place on his Mercedes, anyone can do, although it can get expensive.

Can you guess what it was? I'll give you a clue, it's a loophole in California law that allows it to happen.

'Jobs never liked following rules- but this one had a loophole he exploited!

Steve Jobs was a unique and ambitious guy, but anyone whose been reading his Biography book 'Steve Jobs' has heard, he simply hated authority and would do quirky things that would set himself apart from "societies rules".

One thing he didn't talk about with the biographer was WHY he would go around without a license plate on his car.

He did also say he just didn't want people to follow him home or draw attention to himself, and the guy asked, well won't that bring more attention not having a license plate??

I think it's just to prove that he could get away with it (and because he didn't like someone or some entity telling him what he could and couldn't do). But I know the question I was asking myself was how would he do this and not get enough tickets to cancel his driver's license out?

If you get 4 points (4 major or moving violations tickets) your license is suspended for a year or more (California)... but Steve did this legally and someone around him clued him in about California law.

Steve also would break laws like parking in handicap spaces as he felt the law was stupid, and had a severe attitude of entitlement. That one has no loophole but what does is license plates.

In California there is a law that allows you to drive around a new car with out a license plate for up to 6 months. Steve had made a deal with the dealership he leases his car from to replace his car every 6 months before the deadline. In this, he drove a brand new leased Mercedes and got a different one every 6 months and thus never had to put a plate on his vehicle! Ah to be rich and privileged!

One drawback is you have to pay the registration fee every 6 months and it's usually the highest possible- but with his money he didn't have to care.

We all have our own images of what out favourite celebrities are like but in ... 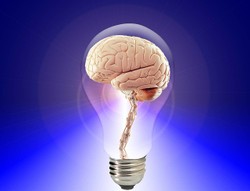 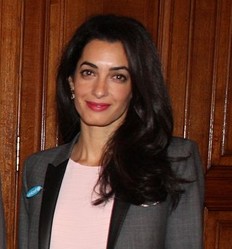 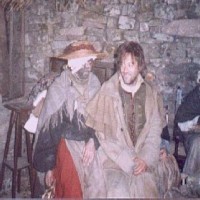 We all have our own images of what out favourite celebrities are like but in real life they are seldom really like the mental picture we have.
Loading ...
Error!