Most people remember Hedwig the Snowy Owl but there are a number of great stuffed Harry Potter soft toys which make perfect magical plush pets for the Hogwarts fantasy fan.

This page gives lots of ideas for soft toys that you can give to a HP fan. If you've read the books or seen the movies, then you'll know about Hedwig, which is the boy wizard's own owl. But there are also lots of other options as well including many soft Harry Potter plush toys.

Some plushies, like the dragons can only be purchased as the official versions which does make them a little less value for money because you do pay a premium for buying a licensed toy. With other items such as Scabbers the rat, or Crookshanks the cat you can simply purchase something very similar instead.

1) Familiar Pets, The Cats and Dogs!

Some of the most sought after Harry Potter Plush Toys and softies are actually not the weird and wonderful but the everyday cats and dogs. Hermione's cat is a cutie that is a particular favorite with girls and Hagrid's dog, Fang, is a nice size for kids to cuddle.

Hermione fans would love to have their own cat called Crookshanks. Crookshanks is a bit of a monster ginger cat - I'm sure Hermione fell in love with him because it reminded her of Ron! Crookshanks is actually meant to be a half cat and half kneazle which is a magical feline creature. But what is Crookshanks in real life? It's thought that Hermione's cat is actually a ginger Himalayan cat, though it also looks very similar to a Persian cat as well.

You can buy the official Stuffed Harry Potter Toy cat - or choose a ginger Persian or Himalayan plush. You might struggle to find a stuffed Himalayan cat but I once found a truly gorgeous honey color Persian kitten which I thought was actually cuter than Crookshanks. You may be able to find one on an auction site because I no longer see it for sale now.

Ron really loathed Hermione's cat because it kept chasing his pet rat, Scabbers. He thought Crookshanks was a monster but it actually turned out that Crookshanks had a very good reason for disliking Scabbers. So little Crooks came good in the end.

2) The Wonderful Birds of the Potter World

Of course, most young fans want their very own Hedwig the Owl. Hagrid gave Hedwig to young Master Potter on his 11th birthday - but it was Harry who actually gave the owl her name. You can purchase the official owl but there are also some brilliant stuffed Snowy Owls available which this bird is based on. What you buy depends on just how important it is that the recipient gets the official version or a different Snowy Owl plush.

Hedwig the Owl and Fawkes the Phoenix

Female Snowy Owls have darker markings than males and are never completely white. These speckled markings give great camouflage to the birds, especially in the summer months. This Wizarding World version is actually a puppet that makes sounds. It's a very nicely rounded puppet which you can pop your hand into in order to make the head turn. In addition to that, it also makes sounds too with owl effect noises so it is a really neat stuffed toy.

Fawkes the Phoenix was Albus Dumbledore's pet. This makes a very good choice for a fan of one of the greatest wizards in J.K. Rowling's imagined world. Fawkes was a very loyal companion and he helped Harry a number of times in the fight against the evil Lord Voldemort.

Oddly enough it was this Phoenix's feathers which formed the core of both Harry Potter's wand and, his enemy, Lord Voldemort's wand. Fawkes has scarlet feathers and a long golden tail. It would be near impossible to find this plush without purchasing the official version.

A Phoenix is not something that Ms. Rowling made up but actually a bird that comes from Greek mythology. It is not a real bird but one made of legend with the belief that it would burn and could then rise anew from its own ashes.

Harry had to face the fierce Hungarian Horntail dragon in the Triwizard Tournament in my favorite of the movies, The Goblet of Fire, and Fleur Delacour faced the Common Welsh Green Dragon.  You can only get this and most of the other mythical dragons if you buy the official versions. I'll be honest, they don't all have fantastic reviews from parents due to the fact that they seem expensive for what they are but kids love them so they still make a perfect plush present or gift.

Ron had a bit of a love / hate relationship with his pet rat, Scabbers. He was disappointed, for a start, that he had to inherit the rat from his brother, Percy, instead of being able to choose a new pet like Harry with his owl. Ron generally felt that his pet rat was useless.

Despite that, Ron did care for Scabbers. He got very worried when he thought that Hermione's cat, Crookshanks was going to eat the rat. It turned out that there was something very special about Scabbers but I won't say what here in case you haven't read that book or seen the movie!

There is an official Stuffed Scabbers to purchase but you can buy any rat plush which is probably going to be cuter and much more snuggable. Scabbers had light to medium brown fur, so you need to bear that in mind when choosing a rat toy.

Which Harry Potter Plush Toy will you get?

I love Scabbers the rat, Harry Potter plush. I think it's really cute. Which one is your favorite?

Do you have a dedicated Harry Potter fan who you are buying for? They are goi...

A magical journey awaits you! Create a magical atmosphere in your party with ... 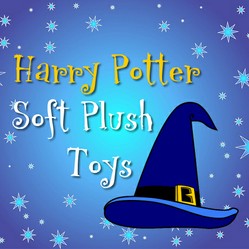 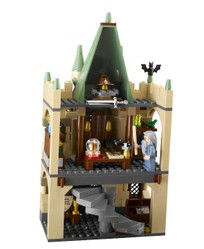 Do you have a dedicated Harry Potter fan who you are buying for? They are going to love the Harry Potter Lego Castle based on the famed Hogwarts School!
14%  0   2 Tehreem
Birthday Party Ideas 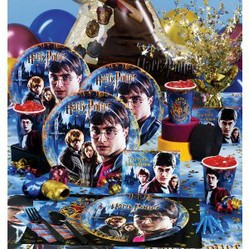 A magical journey awaits you! Create a magical atmosphere in your party with Harry Potter Party Supplies.
Loading ...
Error!