Finding tiny little gifts to fill a stocking can be brutally hard at times so I'm going to start planning for my stocking stuffers early! Actually, it's never too early to start.

I love to hang Christmas Stockings on the fireplace and have done so for years! ,They do look incredibly Christmasy, but it's the filling part that is kind of hard! My kids are all grown up now and filling the stockings with crayons, coloring books and markets, just won't work any more. So, in January of last year, I  came up with a new idea. I would keep a small notebook in my handbag and the minute I thought of something that would make someone in my family happy, I would jot it down!

What dreams are made of

Items That Cost Nothing

A few ideas to get you started :)

husbands are soooo hard to buy for. I will update the list as I come up with new ideas!

Memories from my childhood

A Little History of the Christmas Stocking

I have found two different stories about the origins of the Christmas. Which one is the most accurate, who knows. :)  I like them both.

It seems that Christmas stockings can be traced back to 3 sisters who were extremely poor and had little money for dowries.  St Nicholas apparently heard of the plight of these unfortunate girls and tossed coins into the stocking that were hanging on the fireplace drying. In the morning, the girls awakened to find enough money in their stockings to ensure full and happy lives for each.

Another story goes in a slightly different direction. Santa apparently dropped some coins from his pocket as he was climbing down the chimney one Christmas Eve.  If they hadn't landed in stocking hanging to dry, they would have dropped through a grate in the floor. The next morning, the children found the coins in their stockings. The word spread around the village and from that time on, children around the world began hanging stockings in hopes that Santa would leave small treasures to be found on Christmas morning.

I hope that you will stop by and share some of your memories :) 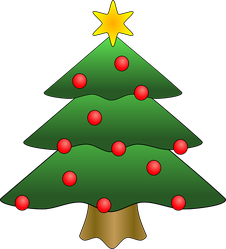 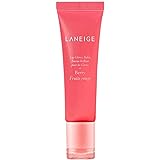