The Surrey Iron Railway was one of the first railways in the world, planned in 1801 and opened in 1803. Used to transport goods, the horse-drawn wagons ran on cast iron rails.

The Surrey Iron Railway was one of the first railways in the world, planned in 1801 and opened in 1803. Used to transport goods, the wagons ran on cast iron rails and were pulled by horses. Uniquely it was open to the public, making it the first public railway in the world.

It ran successfully for over forty years, but the advent of steam engines spelled the end for the railway. The horses were unable to compete with the speed of steam, and with iron rails unable to take the weight of the steam engines an upgrade was not possible. It closed in 1846.

As conceived in 1799, the railway was originally meant to be an eight-mile-long canal, to transport trade goods. However when investigated this proved impractical due to the need for water and the chalky soil. Instead the engineer suggested a railway, which could be drawn by horses. In 1801 Parliament agreed and passed its Act.

The railway that took shape was designed by Benjamin Outram. The last syllable of his name gave rise to the word Tram, and the Iron Railway is sometimes refered to as a Tramway. It allowed a single horse to tow a train of four or five carriages (about twenty tons) at three miles an hour.

Initially an eight mile stretch was built but by 1805 it had been extended and ran for eighteen miles, linking Wandsworth, Croydon and Mersham. It had a double track, allowing carriages to go up and down at the same time, and research has shown it had wooden flanges by the tracks, designed to prevent the wagons from derailing.

However although it was built for ferrying concrete (gypsum) from the mines to the factories, it did not make sense to leave the track empty for the rest of the day. Farmers were able to pay a small amount to use the track with their own wagons and horses, making it far easier to get their goods to market.

The End of the Iron Railway

The route was never greatly profitable. As steam became practical, cheaper and faster than the horse drawn route, attempts were made to use steam engines on the track. The cast iron rails were too fragile to take the weight. The idea of relaying the entire route with steel rails was abandoned due to cost. The railway finally closed in 1846. Parts of it were used in 1855 as part of a steam route.

Nowadays none of the original track is left, although traces of the railway can be found in location names like the Iron Railway Vineyard in Merstham.

In the modern day, sections of the route are now used by Croydon Tramlink, bringing it full circle; where the earliest of the railways ran, the same route is now covered by the advanced electric trams.

In the UK, the Surrey Iron Railway and other horse-drawn railways were quickly supplanted with the advent of steam.

However in the US they survived into the age of Photography and were used for transporting raw materials and goods, as the photo on the right shows.

A History of Croydon

The Surrey Iron Railway is mentioned briefly in the 1970s documentary about Croydon, which explains the environment it was set up in and the circumstances around its construction. The railway piece can be found at 4:50.

As part of the companion series to my lenses, an e-book is available for this lens. Meant as an introduction to the railways, it covers

A Note from the Author

Horse drawn railways were commonly used before steam and diesel, helping the horses pull heavier loads - as the video says, one horse could pull 36 tons.

If you have any information about one, please let us know, or if you've visited the Iron Railway share your views here.

This article used to be on Squidoo, dating back to 2009, but was moved when the site closed. This is an updated and refreshed version. The comments below were salvaged from the guestbook.

The new guestbook is below.

Excellent little lens on something I never knew was so close.

I really like the information and how you laid it all out. Very cool!

I live very close to the line and never new about it. I don't even think it is in Jowett! Blessed.

Excellent lens. The photos in particular are wonderful.

I was looking for information on anything to do with horses pulling trains - and here was your lense - pretty handy.

I am posting it on http://www.facebook.com/HorseNPonyOnline

As an ex resident of Surrey and Croydon I find all this fascinating. Great lens.

Excellent lens on local history- I wasn't aware that the first railways used horses! It makes sense, but I always thought railways were first used with steam trains- I've learnt something new and something about Surrey I never knew before!

As a child I lived just a few yards from where the Surrey Iron Railway used to run. Fascinating lens. Angel blessed. 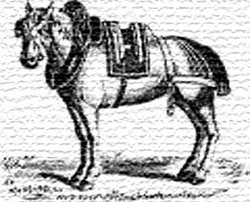 In the eighteenth century, Longitude positions could not be measured. Ships were being wrecked so the British Parliament passed an Act setting a prize for a solution.
84%  4   5 LiamBean
Engineering