The coastlines of the world and the lighthouses associated with them have provided artists with inspiration for centuries. Here are some inspired switch plates.

Light up a room with nautical switch plates featuring lighthouses and coastlines. They lend a special touch to either a nautical or coastal decor.

What could be more perfect for a switch cover than a lighthouse switch plate or some beautiful coastal artwork on a shoreline switch plate?

You'll find plenty of both here on this page! Lighthouses and coastlines are favorite subjects for sailors, cruisers, boaters, and those who just love the seashore or beach. There are plates for single and double toggles, and outlet covers, too - all with beautiful seafaring scenes and artwork on them.

Be sure to check out the sections about wave-washed lighthouses, and some brief, but cool, coastal facts. There’s also a video about the beautiful fjords of that grace the coast of Norway.

This is the scene that greets you as you sail into the harbor at Nassau, in The Bahamas. That's the west end of Paradise Island, formerly known as Hog Island, and the the Hog Island Light stands at its tip. The white tower is a familiar landmark to anyone who has ever been to Nassau.

Built in 1817, the nearly 200 year old tower is the oldest lighthouse in the Bahamas, and is still an active aid to navigation.

On this switch plate, you can see the famous pink Atlantis Resort Hotel in the background, and yes, the water there really IS a beautiful shade of aqua!

The switch plate cover shown here is from Zazzle.  Many of the plates there are available in single, double, and triple styles for both toggle and rocker switches.

From coast to coast, and even out in the water off the coast, artistic scenes with lighthouses are abundant. There seems to be no end to images that artists and photographers are drawn to capture when it comes to those beautiful structures.

Here's one built on some rocks out in the water. Those must have been lonely posts for lighthouse keepers.

Lighthouse on the Sea

Lighthouses Out IN the Water

Lighthouses that are built out in the water (rather than on the shoreline) are called "wave-washed," as they are built to withstand constant wave action, even the assault of large crashing waves during a storm.

Some of them are built on a solid rock outcropping, while others are anchored to the sea floor.

The Eddystone Rocks Light was one of the first wave-washed lighthouses, built in 1696. This famous light is well out at sea - about 14 miles off the SW coast of England.

The photo  above shows its current incarnation, the fourth on the site, with the remains of the base of the third off to the right.

The current Eddystone Rocks Light has been operating since 1882, but was only manned for its first 100 years. It was automated in 1982.

Lighthouses for Your Light Switches

Coastlines are as varied as you can imagine.

From the flat, white sand beaches of parts of the Caribbean, to the rocky cliffs of New England, to the Fjords of Norway, whatever your preference, there's a coastline somewhere that's sure to take your breath away!

By the Sea Light Switch Cover

What is Your Favorite Kind of Coastline?

Coastline Art: The Cliffs at Etretat

Beautiful coastlines are often the inspiration for works of art, whether the ocean meets the shore on a tropical beach, or a rocky cliff.

In 1885, French Impressionist painter Claude Monet was inspired to create a rather dramatic oil on canvas, called The Cliffs at Etretat.

A reproduction of that work appears on a switch plate, and can appear on your own wall, if you like.

The Art of Claude Monet

It's chalk (a sedimentary rock) that makes the 'white' in the White Cliffs of Dover, part of the coastline of England.
Florida's 1350 mile long coastline is not the longest in the U.S. That distinction belongs to Alaska, with over 6,600 miles of coastline. New Hampshire's is the shortest, at 13 miles.
Canada has more miles of coastline than any other nation.
Coastal fjords are usually much deeper than the adjacent sea.
Though Norway is famous for its fjords, other countries have them too, including Greenland and New Zealand. For those who don't live near enough to see these amazing coastal features for themselves, there's an interesting video below.

Coastlines Around the World

Fjords Are an Intriguing Coastal Feature

Learn a little bit about Norway's fjords, which were formed by glaciers, in the following short video

When you are choosing decorative wall plates, don't leave the kids out.

Here are some bright and colorful ideas for the room of a child or even a teenager that fit into the themes presented on this page.

CruiseReady, The next best thing to owning a lighthouse is possessing it as a switch plate!

Indeed, north_america... a little piece of art surrounding a light switch or electrical outlet is so unexpected that its effect is greater than its size

These colorful panels could have a big effect on a room.

Isn't it amazing what just taking a little care will do? Nature really is quite adept at self healing, given the chance.

We have a sanctuary area near the isle of Lundy in the Bristol Channel. Fishing is banned, and the look but don't take policy is applied to divers.The resulting regeneration of the sea bed is magnificent, and, moreover, the restored sea bed is spreading beyond the sanctuary. This policy has been a great success.

You are quite adventurous to aspire to a 125 mile walk, Frank! Here, we use the term Sanctuary for areas that are being preserved. There are underwater marine sanctuaries that are established to preserve coral reefs, and other sensitive submerged areas. They are accessible to divers, biut there's a strict 'look but don't touch' policy, and anchorage of boats is prohibited.

I have just done a little background research, and the Fowey inlets of which I speak are known as Pont Pill. It is known as a place of outstanding beauty and is a marine conservation zone.

Whether it is walking along a beach or a cliff top I love the experience. When we visit our daughter and her husband, who live near the sea on the Isle of Anglesey, we often go for a coastal walk along the Menai Straits, the fast flowing channel between Anglesey and the mainland. At places along this coast there are woody areas where you can combine coastal with woodland walking.

I would love to do the whole Anglesey coastal walk, but at 125 miles it would take four days.

Oh, Frank - your coastal walks sound lovely. My type of coastal walking is on flatter terrain than that which you usually experience. I like to shed my sandals, and slosh along in the edge of the water. That's my favorite... it's all about the feel of both the sand and the water.

The South West tip of Portugal at Cape St Vincent is worth a visit. There is a light there, but the coastline north of it is some of the toughest walking country that I have encountered: barren karst with some sandy spots. I managed to walk about two kilometres before turning round. But there was a very nice little market near there, where I bought a good, warm woolen hooded cardigan

Florida's St. Augustine Light is one of many lighthouses that's found its way...

Add a decorator switch plate in a nautical theme. You find ships and boats ... 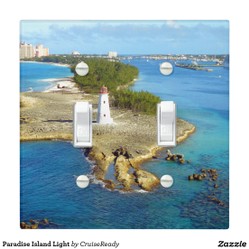 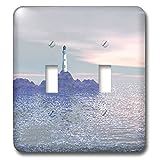 Florida's St. Augustine Light is one of many lighthouses that's found its way to home decor pieces. Find some great pillows, and learn a little about the famous beacon, too.
72%  10   6 CruiseReady
Windows, Doors and Walls 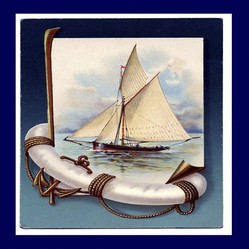 Add a decorator switch plate in a nautical theme. You find ships and boats that are fanciful, artistic, even historic for your wall. It's the easiest DIY project ever!
Loading ...
Error!