The Arcane Theory of Parallel Universe

Our universe might be truly, extremely large - but finite from the standards and units of Cosmos. Or it might be infinitely large and cannot be measured, extending infinitely in all directions. Either of these explanations however do not in any way make it easier to understand the properties of universe.

Imagining a single universe is complicated enough and to explain it using the law of physics increases the degree of difficulty. Moreover, the fact of existences of more than universe may baffle us completely. But breaking the Cosmos in parallel universes makes it possible for scientists to understand many perplexities.

Hyperspace: A Scientific Odyssey Through Parallel Universes, Time Warps, and the 10th Dimension

The Hidden Reality: Parallel Universes and the Deep Laws of the Cosmos by Brian Greene

How Big is the Cosmos?

The Infinite Limits of Space

The space stretches without any limit and if by some magic we could travel in a spaceship infinitely we would but be traveling for an infinite time before we reach the end or edge of a universe (only if there is any end to it). Using the laws governing the domain of astronomy which has been a consistent source of enigma and has puzzled many a scientists, our state of the art science and technology is incapable of decoding anything. We neither have tools, nor any spaceship that can reach the infinite depths of the space.

The Possibility of Other Universes

Does that sound complicated?

Many of the world's top physicists think they have discovered startling new proofs and substantial evidences for the existence of more than one universe. A strong chance supporting this fact is that the universe is so huge that a precise replica of our universe, our planet can exist in the Space. Does that mean we fill find ourselves in other universe? Does our carbon copy exist in the hypothetical parallel universe? DO we have more than one parallel universe?

These parallel universes exist inside our personal universe; in what scientist now term it as "The Multiverse". If something like that is discovered in near future it will alter our perception of life, our understanding of science, our universe and astronomy in general.

Do you believe in parallel universe?

In this universe my answer is yes, but I can't guarantee for other parallel universes.

I think it is likely that there are many things that we don't understand or even know about. I can barely understand what these physicists are talking about, but they come from very astute backgrounds, so one of them might be right!

Cute Theme of Outer Space Rooms for Kids
Outer space, glowing stars, spaceships and aliens, they are just not the subjects that fascinate astronomers, kids love to have cute themes of outer space rooms too.

If you happen to look at the sky in a clear night through a telescope you perceive what appears right into the magnifying lenses and observe stars in the galaxy spreading out infinitely in all the directions. You can easily comprehend the vastness of this monstrous figures of space. Seeing the galaxies spreading out in each and every direction also makes us feel how small we are and how miniscule is our planet and solar system in this gigantic space of creation.'

We wonder if there is ever a finish line to it and if there is one, what lies beyond that line. We want to know what is beyond space and time. Are there more dimensions to be fathomed? What are the new dimensions and how do we fit in them? How much time we have in universe till we are doomed with our planet earth and the death of the sun?

Our view of universe continues to be shattered as we advance in the field of science, there sure is a realization as technological advancements are made. We are open to the fact that there might be parallel universes after all. It might turn out, and you might find numerous incidents of life taking shape and happening concurrently in many dimensions, and it is feasible to see a universe identical to ours.

In fact the statistics and probability agrees to these facts. Therefore, this implies that within this multiverse, there exists with huge probabilities many parallel universes that might have identical identities or a complete different one comprising of perhaps some bizarre matter of transcendental, mystical origins. More importantly there is a lot of truth in these hypothetical theories and we will have to study, review them carefully in order not to get confused by their very existences.

How big is our universe?

WriterArtist, Thank you for the practical information and product lines.
Is it possible that the series about parallel universes was Fringe? That's what comes up as the most likely candidate from an internet search.
Alex Kurtzman of the ongoing Hawaii Five-0 series and of Fringe is involved with the Star Trek Discovery series that brings in parallel universes.

Well, one theory is that the universe is infinite, or at least expanding infinitely. Otherwise there would have to be an edge, kind of like when people thought the world was flat and they'd fall off if they sailed too far! I don't know if there are multiple universes, but I agree that exploring it in the imagination, or fiction (like the TV show "Fringe") is fascinating.

I think Einstein would explain it with our imagination - it is as big as we can imagine...

@frankbeswick - Scientists feel that the space is filled with dark matter which is not the usual stuff our earth and solar system is made of. We use the term "Baryons" for ordinary matter (the stuff physicists understand and can explain by the law of physics) which includes protons and neutrons.

This "Dark matter" is a hypothetical matter that cannot be detected and viewed by telescopes. Also, it neither emits or absorbs any electromagnetic radiation like light, magnetic energy etc. It is a real challenge for the physicists to explain "Dark matter" which they think is distributed around our galaxy.

If you ask me, I feel the space is empty, but then, I am not a scientist, I don't have the urge to explain the presence of energy and the need to invent some new subatomic particles to fill in the vacuum. Scientists have wondered what fills our galaxies, and then the space between galaxies making the universe, and then there is the space between 2 or more universes which make the Cosmos. Then comes the million dollar question what is that lies outside the Cosmos.

A philosophical question: physicists talk of dark matter, which makes up ninety per cent of the universe. It's a reality, but how do we know that it is matter? Is there not a philosophical assumption behind this statement?

@Mira - More likely it is the work of fiction, nothing scientific in it. There is a TV serial which shows 2 parallel universes existing and the crossing of people from these two universes into the wrong one, the depiction is quite fascinating and the events, full of surprises. I do not remember the name of the serial but I used to watch it without fail.

@frankbeswick - I too find it extremely difficult to think that there is another carbon copy of mine existing in the parallel universe. However; there are people who have tried giving explanation for such existence.

It's certainly fascinating to listen to Michio Kaku talk about the universe, and the video you provide at the bottom of your article is no exception. I find fiction based on this "sheer speculation" enchanting, so even if we can't know anything, at least we have a lot of fun exploring these things in our imagination.

At the moment we cannot know whether there is a parallel universe, all we can do is theorize. There may be clues that there is such a reality, but cosmology is so strange, to the point that human understanding comes to its limits, so the best position to take is to be open minded.

The amazing sensation of nature’s Aurora Borealis in other words Northern Lig...

Bird Watching Scope – How to Get Most Out of The Telescope?

Bird Watching Scope is essential to a person who loves watching birds. With t... 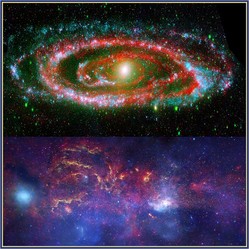 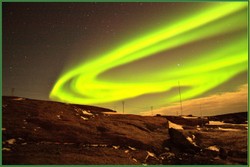 The amazing sensation of nature’s Aurora Borealis in other words Northern Lights have always made humans wonder if they could replicate anything like it.
33%  2   4 WriterArtist
Birds 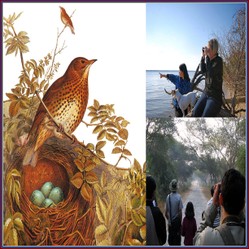 Bird Watching Scope – How to Get Most Out of The Telescope?

Bird Watching Scope is essential to a person who loves watching birds. With these powerful telescopes, he can explore the fascinating realm of the birds and their abode.
Loading ...
Error!