The Genealogy of the Wars of the Roses

It was known at the time as the Cousins War. The family tree grew very tangled between the House of Lancaster and the House of York.

A common ancestor could be claimed by all of the major players in the Wars of the Roses.

Not just the men leading on the battlefield, but their wives waiting at home, could generally trace their lineage back to Edward III. It was his grandchildren who caused all of the trouble, and it would take several generations to bring those branches back together.

Securing the throne, and peace in Britain, led to a lot of interbreeding within the House of Plantagenet. It eventually worked, but then, it had created the conflict in the first place!

The Four Sons of Edward III and Philippa of Hainaut

Edward III and his Dutch born Queen, Philippa of Hainaut, had thirteen children.  For the the sake of this genealogical run through, we're only concerned about four of them.

Listed above in order of succession, it is their descendants who would plunge Britain into a very unstable place during the 15th century.

The Usurpation of Richard II

We can deal with that first and eldest branch of the family tree quite quickly.  Edward, the Black Prince, died before his father.

He left just one son, who was duly crowned as Richard II.  However, Richard was deposed in 1399, and mysteriously died in prison a year later.

As Richard had no children of his own, the succession should have passed back up the line and into the next of Edward III's sons, Lionel.  It didn't.

This was mainly due to the fact that would have crowned a child, the eight year old Edmund Mortimer; and also because Henry Bolingbroke had a big sword and the army to back it up.

But this wasn't the end of that story.

The Ruling House of Lancaster

Henry Bolingbroke took the throne as Henry IV.  He spent the entirety of his reign defending it from all comers, but nevertheless held onto it.

His son Henry V succeeded him, and grandson Henry VI after him. Again this is very straight forward, with one eldest son following another for three generations.

But it landed Britain, in 1422, with a nine month old baby wearing the crown.  That was worse than the eight year old!

Nevertheless, Henry VI survived into adulthood. His son, Edward of Westminster, would have been king after him. Unfortunately Edward was executed at the Battle of Tewkesbury by Edward IV. This was the end of this line.

However, weeks before he died, Edward had married Anne Neville, another descendant of Edward III and Philippa of Hainaut. Keep an eye on Anne, she'll crop up again.

Back to Lionel's Line with the House of York

The House of Lancaster may have only just considered it politically expedient to latch onto a family member, but the House of York had been quite busy.

By the time they were strong enough to challenge the claim of Henry Bolingbroke, little Edmund Mortimer was dead, thus out of the running. However, his marriage had caused some controversy and a hefty fine, as he'd married his cousin Anne Stafford.

By the laws of succession - if we ignore the large army of Henry IV - the monarch should have been her only surviving son, Richard, Duke of York.

He was a descendant of Edward and Philippa on both sides of his family, as his mother had married her cousin too. Her husband, Richard, Earl of Cambridge, was the son of her great-great uncle, Edmund, Prince of York.

In short, both Mortimer children (legally the monarchs, if not in actuality) had bolstered family loyalties with weddings.

If not for the intervention of Henry Bolingbroke, back in 1399, then the current King of England would have been Richard, Duke of York.

By 1454, when Henry VI had a complete nervous breakdown, this uneasy truth was ready to rear its head again. Richard of York became the Protector of the Realm and immediately set about attempting to restore himself as actual monarch.

This was all to culminate in the first major clashes of the Wars of the Roses, and was to end in Richard's own death at the Battle of Wakefield.

However, he had also made a marriage within his own bloodline. The York cause was strengthened by his wedding to one of John of Gaunt's own descendants, Cecily Neville!

The Three Brothers of York

The children of Richard of York and Cecily Neville could trace their ancestry to Edward III, through three different routes. No wonder they all felt that they had a strong claim to the throne.

This was particularly true after the deaths of Henry VI and Edward of Westminster wiped out Bolingbroke's line.

No wonder that no-one approved of Elizabeth Woodville!

However, he had two brothers and they both kept it in the family.

Did you keep your eye on Anne Neville?  This was the second time she had married one of her cousins. Both weddings were within a couple of years of each other too!

Her marriage to Edward of Westminster occurred in 1470. This was while the Warwick family were in exile in France.  It was also on the very eve of an invasion of England, in order to reclaim the crown for his father Henry VI.

The result was the Battle of Tewkesbury, which Anne Neville witnessed.  Edward was executed and Anne taken into house arrest by George, Duke of Clarence.

She escaped the house and fled to Richard, who quickly married her in 1472.

The Rise of the House of Tudor

There were three sons of York, who managed to produce thirteen children between them. The throne was firmly in their hands and Bolingbroke's entire lineage was extinct.

It's hardly surprising that, by the 1480s, the House of York thought their monarchy was secure. But they'd taken their eye off the ball.

Another contender had crept up in exile.  Another descendant of John of Gaunt was ready to make his own bid for kingship.

In 1485, at the Battle of Bosworth, Henry Tudor was successful. He grabbed the crown by right of conquest, but also through his own descent from Edward III.

By the time he'd finished, he'd also eradicated the threat of everyone in the line of succession, in order to create the Tudor dynasty.

So where did he come from?!

One Final Plantagenet Marriage to Secure a Throne

Five months after Henry Tudor was crowned King of England, he married his cousin Elizabeth of York.  She was the eldest daughter of Edward IV and Elizabeth Woodville.  As her brothers were both missing, presumed murdered, she was the legal monarch anyway.

Thus the Wars of the Roses were ended by all branches either intermingling, attainted or dying out. The final, successful family tree looks like this.

The children of Elizabeth of York and Henry Tudor could claim their lineage back to Edward III through five different routes.  Elizabeth's was the stronger line, a fact which annoyed Henry VII no end.

But the strangled, legally dodgy way in which he'd attained the throne also left Henry Tudor very vulnerable to potential usurpers himself. Not to mention his unpopularity in a nation left raw and wounded by the decades of regal struggles which proceeded him.

Some of the Personalities in the Plantagenet Family Tree

The Truth about the Princes in the Tower
Two young royal boys disappeared in the Tower of London. But before we can speculate on the mystery, we need to know the history.

The Death of Margaret Beaufort: The Reason for the Tudor Dynasty
Margaret Beaufort was Henry VII's mother and the reason he was able to take the throne. She died on June 29, 1509, just two months after her son's death.

House of Tudor - The Unlikely Dynasty
The fascinating circumstances around the Tudor succession to the throne of England, and how it very nearly never happened.
Updated: 07/25/2014, JoHarrington
Thank you! Would you like to post a comment now?
10

I'm glad that this will prove useful to you. :) All this interconnectedness, plus the fact that the Tudor basically killed off any rivals, is why the English royal family effectively died out with Elizabeth I. Fortunately there was a Scottish king with Tudor blood...

Excellent breakdown of the connections.I could spend hoursgoing through them all. whenever I find a name in the later Tudor years I have to go back to see where the connection comes from.

That initial series of BlackAdder was brilliant! I can't visit Bosworth field without saying, 'Oh no! Richard III!'

I love your theory on 'this year's king'! LOL

This looks pretty complicated for a mere mortal. No wonder so many kings were simply called Edward. It really makes easier to find an answer on: "Hey, who is this year's king?"
I believe the initial series of Blackadder (with Richard IV who wasn't really king, but came from house of York) and Prince Edmund started on this background.

I had to take advice on this one! It's a Candy-Striped Rose: http://www.ars.org/wp-content/uploads...

I have no idea where to get one!

The history is great, but can you tell me the name of the rose with which you illustrate your article, and even better, where to obtain one?

It's not beyond the realms of possibility for that to happen, but the Plantagenets were quite good at keeping their own given names. Now that could have been REALLY confusing!

Yes! They were a bit like that, particularly when they keep repeating first names too!

Yes, it's pretty bad, isn't it? LOL You're welcome.

An Overview of the Wars of the Roses Part One

Known at the time as the Cousins' War, this was a dynastic battle for the Eng...

The Battle of Bosworth - An Event Which Changed the Course of ...

Bosworth was the final clash in the Wars of the Roses. It marked the end of t... 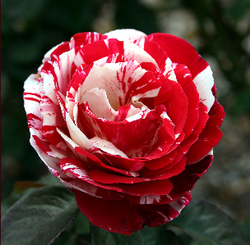 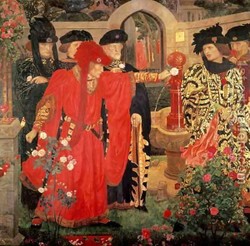 An Overview of the Wars of the Roses Part One

Known at the time as the Cousins' War, this was a dynastic battle for the English crown. It was the House of Lancaster (red rose) versus the House of York (white rose).
52%  8   4 JoHarrington
Middle Ages 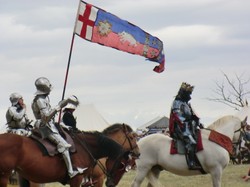 Bosworth was the final clash in the Wars of the Roses. It marked the end of the Middle Ages and gave rise to the Tudors.
Loading ...
Error!