Jodhi May and Lorraine Burroughs star as Poppy and Serena in The Ice Cream Girls, a three-part crime drama due to start on ITV on Friday 19 April 2013.

The past comes back to haunt Serena, who was acquitted 17 years ago of murdering her abusive teacher, when Poppy, who was found guilty of the crime, is released from gaol and starts a quest to find who really was the killer.
This adaptation of Dorothy Koomson's novel The Ice Cream Girls stars Jodhi May and Lorraine Burroughs as Poppy and Serena.

ITV is bringing Dorothy Koomson’s controversial novel to life in The Ice Cream Girls, a three-part drama starting on Friday 19 April 2013. The hour-long episodes star Jodhi May and Lorraine Burroughs as Poppy and Serena, who as children both had a relationship with the same teacher, who was murdered. Poppy spent 17 years in gaol for the crime but Serena was acquitted.

Poppy, recently released, still insists she was innocent and is determined to find out what really happened. But her search reunites and brings her into conflict with Serena, who is now a middle-class housewife with a teenage daughter of her own.

“It’s really about the relationship between these two girls and how their lives have changed,” said Jodhi May. “How one has been burdened with the past and one has lived in denial of it. It’s a really great drama because we don’t see enough female led dramas and these are two great, strong, female roles.”

Actors in The Ice Cream Girls

Jodhi May won a best actress award at the Valladolid International Film Festival for her role as Lea in the 1994 film Sister My Sister, but she is better known for playing Molly Roth in 1987’s A World Apart, which earned her a best actress award at the Cannes Film Festival and a best newcomer award from the Evening Standard British Film Awards. She also won a best actress Silver Dolphin at the Tróia International Film Festival for playing Anna Snitkina in 1997’s The Gambler. Her first recurring television role was as Sarah in 1999’s Aristocrats. She has since played Florence Banner in Tipping the Velvet, Mirah Lapidoth in Daniel Deronda, Miranda Lennox in The Amazing Mrs Pritchard, Anne Weston in Emma, Layla Thompson in Strike Back and Katherine Bulmore in The Jury II.

Lorraine Burroughs first came to TV screens in 2003 as Macy Holyoake in two episodes of Doctors. She went on to play Jess in All About George, Sarah Yates in Spooks: Code 9, Fin in Lip Service and DS Winsome Jackman in DCI Banks.

Team Behind The Ice Cream Girls

Dorothy Koomson’s novel was adapted for ITV by Left Bank Pictures. The television version was written by Kate Brooke. It was produced by Lucy Dyke and executive produced by Left Bank chief executive Andy Harries and Charles Elton. Dan Zeff was the director.

The Ice Cream Girls was Dorothy Koomson’s sixth novel and was published in 2010.

They did the drama very well, with good casting.

The story is exciting and it must be a challenge to recreate the dramma. 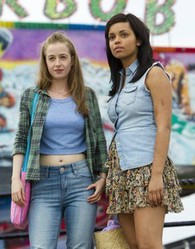 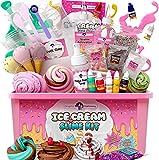