The Introduction of Women in The Military: Women's Auxiliary Corps During World War I

What part did women play during the First World War, and how important was it?

“…the principle of employing women in this country [France] is accepted and they will be made use of wherever conditions admit.” - Field Marshall, Sir Douglas Haig. (March, 1917).

When examining the role of the Women’s Army Auxiliary Corps, it is first important to consider the role of women in the early part of the twentieth century. At this time, women were still victim to a number of gender inequalities. However, from the horror and tragedy of the first world war, came very positive advances in the fight for women’s rights.

For example, women over thirty were, at long last, granted the right to vote in the U.K., in 1918. There can be little doubt that the significant role played by women during the First World War was a major factor in this political decision.

What Was The Women's Auxiliary Corps? 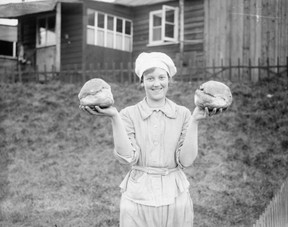 The official date of the formation of the Women’s Army Auxiliary Corps (WAAC), is July 7th, 1917. Mrs. Chalmers Watson was appointed the organisation’s Chief Controller.

However, Watson resigned from the role after less than a year, and was replaced, in February of 1918, by Mrs. Burleigh Leach.

Why did Watson leave after such a brief period? Well, her main reason for resigning the post was her contention that the disparity between WAAC pay and the pay of men doing the same jobs was unjust.

So, what did the women of the auxiliary corps do? The WAAC was divided into four divisions:

The idea was to place women in these 'behind the scenes' roles, which were occupied by men, freeing those men up to fight on the frontline.

Heroines of World War One

Women in World War One

How Was The Women’s Army Auxiliary Corps Formed?

The idea of placing women in the army was first put forward in January, 1917 by Lieutenant-General H. Lawson. Perhaps unsurprisingly, there were many who opposed Lawson’s suggestion.

However, he cited the vital work women had been performing in the ammunitions factories and other crucial work for the war effort, and eventually won the support of the War Secretary, Lord Derby.

The Adjutant-General, Sir Neville Macready also broadly agreed with the proposition, but firmly believed that if women joined the army, they should be treated the same as men. 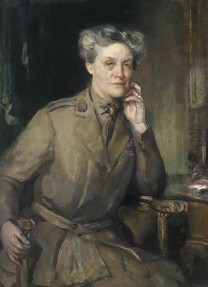 Mrs. Chalmers Watson (a well respected medical practitioner from Edinburgh), was summoned to a meeting with Lord Derby, in which they discussed the premise of women in the army. According to Watson’s recollection of the meeting, Derby was insistent that he did not want the full enlistment of women.

During the conference, they also discussed discipline, pay and who would head the organisation. It was decided that Watson herself should lead the WAAC, and it was also conclusively determined that women should indeed play a role in the British army.

By this point, even Field Marshall Haig agreed that women should play some role in the war, as demonstrated by his quote above. However, he was not without reservations. He had a long list of concerns about the prospect of women in the army, including the overriding belief that women did not possess the physical strength necessary to do many of the men’s tasks.

Who Could Join The Women’s Army Auxiliary Corps? 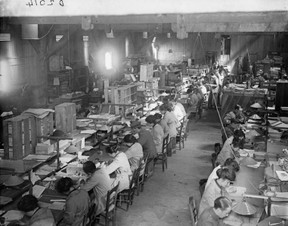 To be eligible to join the WAAC, women had to have two references; pass a medical; and sit before a selection board.

As it turned out, interest in joining the WAAC was far higher than anticipated, so there was little trouble filling positions.

Unlike the army, the WAAC had no officers, just ‘controllers’ and ‘administrators’. The role of NCO was replaced by a ‘forewoman’. Unsurprisingly, given the social hierarchy of the time, ‘controllers’ would be women from the middle and higher classes. Whereas the ‘forewomen’ would be from the lower and working classes.

Undoubtedly, the courage and hard work of the women in the WAAC helped to raise the profile of women in the early twentieth century. Their contribution to the war effort simply could not be overlooked and it became the catalyst for huge social changes, which would see women gain a more equal footing with men.

For More on 'The Great War'

A small group of brave men stood against a vastly superior force.

My Grandfather enlisted in the Australian Army in October 1916 to serve in th...

My Grandfather enlisted in the Australian Army in October 1916 to serve in the First World War - 'The Great War' as it was dubbed. He wrote in his diary everyday.
Loading ...
Error!