The Phenomenon of Sleepwalking

This article is about what sleepwalking is which is also known as somnambulism.

Sleepwalking, also known as somnambulism, occurs when someone arises from a period of non R.E.M. sleep and performs rituals or activities that are usually only performed when awake or in a state of full consciousness. In most cases, somnambulists perform simple, ritualistic activities but sometimes the activities performed are more complex in nature.

It is unusual for the sleepwalker to have any memory of the sleepwalking incident due to the lack of full consciousness at the time.

It is common in children but less so in adults when it is often accompanied by or a sign of mental health problems. Sleepwalking is not a very accurate term for the condition as many somnambulists often stay in bed for the duration of the sleepwalking phase of sleep. Sometimes they merely sit up in bed with their eyes open and talk without making any sense. Alternatively,they can make repetitive movements.In some instances, sleepwalkers undertake activities that require full consciousness. They often go to the bathroom, clean their room or even cook or drive a car which can be dangerous to themselves and others if they are doing so in a sleepwalking state.

Somnambulism has been used effectively as a defense for violent behavior in a court of law. It has been known for people to be acquitted of their responsibility for violent acts even in recent times. All that is required is for the court to be satisfied that the crime was committed unconsciously while asleep and the perpetrator is not considered to have been acting responsibly. However,the sleepwalking plea for leniency does not always work in a court of law. 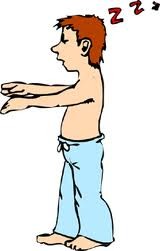 The best preventative measure for sleepwalking is to avoid becoming too tired, to avoid insomnia and the consumption of alcohol before bedtime.

Thanks for taking the time to stop by and comment :-)

Interesting post! Luckily no one at my house sleepwalks, but its good to know!

That must be a bit frightening for him but as far as I know, children do grow out of it

My son sleep walks and it creeps him out when I tell him about it the next day! In fact he sometimes remembers bits of it.

You have a lot of experience of sleepwalkers katiem2 and you are right, it can be alarming. Thank you for taking the time to comment with your useful feedback. Cheers, Kate

My brother sleep walked as a kid, he no longer does it, but it used to scare me being younger. The first time I witnessed him doing it I thought he was horsing around. That was not the case. He once went out to the car, when far to young to drive, got behind the wheel and was acting as if he was driving. I saw the potential problems early on I now have an adult female friend who gets up in the middle of the night and sleep eats. That's really alarming too. One night she made cracker and ketchup packet sandwiches left them on the counter. Woke up the next day and wondered if she had actually eaten some of the ketchup packets as she left the ketchup in the plastic packs! :)K

The Obsessive Person - How to Avoid or Getaway From a Controll...

Caution, this information is of a serious nature it carries a vital warning f...

Dealing with and coping with mental health issues with family members or some...

Are You Headed For a Nervous Breakdown?

Learn the symptoms of a nervous breakdown so you can know if you are heading ... 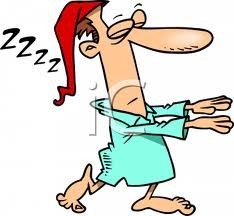 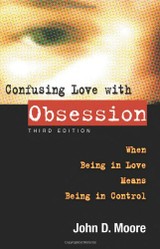 Caution, this information is of a serious nature it carries a vital warning for those who may fall prey to the obsessive controlling type. Find out why control freaks are that way.
31%  6   2 onepagearticles
Mental Health Problems 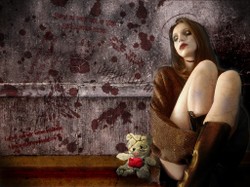 Dealing with and coping with mental health issues with family members or someone you love. Online support and help for mental health problems.
14%  0   2 athena2011
Mental Health Problems 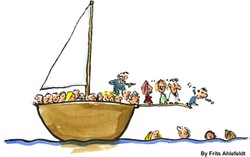 Are You Headed For a Nervous Breakdown?

Learn the symptoms of a nervous breakdown so you can know if you are heading towards having one.
Loading ...
Error!