The queen's Beasts are ten real and mythological creatures that represent the houses significant to Queen elizabeth II.

There are ten statues of creatures, some merely mythical, that each hold a shield. The statues are rather large and heavy, so they are not easily moved. In 1953 a set of beasts statues were made for Queen Elizabeth II, with some modifications from the original set. They were brought out for Queen Elizabeth II’s coronation, but had to immediately be brought back indoors. The problem is the new set was made of plaster, and cannot be out in rainy weather.

The original statues were from the time of King Henry VIII and Jane Seymour. They were made for King Henry VIII. When a king sits on the throne they are collectively known as the King’s Beasts.

What Do the Queen’s Beasts Represent?

The statues represent the ancestry of the monarchy.  The shields are from the various houses that are collectively the defenders of the crown.  The reason for the modification in 1953 was to make statues more representative of Queen Elizabeth II’s heritage.

Each of the beasts is said to have certain powers, which I suppose we are expected to believe the sitting monarch has.

There are ten beasts represented in statue form.

The Lion of England;

The White Greyhound of Richmond;

The Yale of Beaufort;

The Red Dragon of Wales;

The White Horse of Hanover;

The White Lion of Mortimer;

The Unicorn of Scotland;

The Griffin of Edward III;

The Black Bull of Clarence; and,

The Falcon of the Plantagenets.

I know enough British history to wonder why anyone would want to bring up the Plantagenets, although I believe they represent future generations well after Henry II.

In Silver, Gold, and Platinum

I learn much from watching what world mints release.  The Royal Mint in 2015 began a ten-coin series of the Queen’s Beasts in both bullion and proof coins.

One thing I find amusing, but quite believable considering how a monarchy works is the order the coins are being released.  The first coin released in 2016 in bullion form, and in 2017 as highly collectible proof coins was the Lion of England.  Then came the Red Dragon of Wales.  Third was the Unicorn of Scotland.  Were the coins from England, Wales, and Scotland coming out first, although the statues are not always listed in that order, an attempt to appease the people who reside in the United Kingdom, but not in England?  I would think so.

Of the coins there is a base metal five-pound coin that is least expensive, and the two-ounce silver bullion coin seems to be a good choice.   Few will be able to afford ten coins of one-kilogram each minted in gold.

For connections to the queen I suggest reading the snippets from the Royal Mint.  It is acknowledged that the Royal Mint has an affiliate program that is in use via Viglinks.  While the above is for information, it does act as an affiliate link.  You could type the code if ou prefer https://www.royalmint.com/discover/uk-coins/the-queens-beasts/,

It is understandable that Henry V111 would have Seymour icons as his beloved third wife was a Seymour. The German house of Hanover wouldn't be present in Henry's time as they only gained the throne approx 160 years after Henry died.

The dragon was an ancient Celtic symbol of kingship, thus the Red Dragon stands for the sovereignty of Wales. The Tudor Dragon is therefore integral to the Tudor's' Welsh traditions. The White Dragon is for the kingdom of Wessex, which was a state with Celtic British people and a Saxon warrior class, though her early kings had Celtic British names, such as Cerdic and Cynric.In fact the name Wessex was created later than the Saxon settlement, and firstly the kingdom was known as the Gwissae, the Steadfast Ones.

After England became a kingdom united under the rulership of Wessex the White Dragon was altered into the Golden Dragon. This Dragon is the ancient flag of England. It flew over the fallen Harold Godwinson at Hastings, and flew once more, when Edward unfurled it at the battle of Crecy to show that Norman and Saxon are together in the kingdom. The flag has since disappeared, as has the gonfannon of Wessex which is a fighing man and was the personal standard of the Godwinson family. Please do not think that I am proud of Crecy, it was part of a massive English armed robbery committed against the French, and the slaughter of the French forces was a horrific, ungodly affair

Is it any surprise that the descendants and successors of the Norman conquerors of England were uninterested in displaying the Golden Dragon and that it found no place in their iconography?

What is missing from Henry VIII's original ten beasts are the white Horse of Hanover, the Falcon of the Plantagenets, and the Griffin of Edward III. There are instead the Panther of Seymour,a third lion, that of Seymour and the Dragon of Tudor, along with other references to Seymour, such as the Unicorn, While there are two dragons, neither refers to wales, nor does the Unicorn refer to Scotland. from Wikipedia, the list is the Lion of england, the Seymour lion, the ROYAL Dragon, the black bull of Clarence, the Yale of Beaufort, the white lion of Mortimer, the white greyhound of Richmond, the Tudon dragon, the Seymour panther, and the Seymour unicorn.

Quite right. And 25% Scots. Considering that you and I are about 67% Irish, so you tell me,she has a bit less English than we have.

An Anglo Scottish mother would only make The Queen 25% English through her mother though.

Interesting. I can hardly wait to see where the discussion leads. It is amazing how much can be learned by monitoring what a country's mint produces.

Margaret of Scotland [also of Wessex] was Saxon [the sister of Edgar the Atheling, heir to the Saxon throne,] but she wed Malcom Canmore [Macbeth's enemy]; and their daughter, Edith, wed Norman king Henry the First to boost Norman claims to England and give them a claim to Scotland. Apparently she changed her forename on marriage to Maud. No Norman monarch married an English wife, but they were ready to marry wives with English blood some generations removed.

The present monarch's father was of German, Danish and Greek descent, but her mother was Anglo-Scottish, so that is where she gets her English blood.

I added a link to brief snippets from the Royal Mint that give the connections to each house. It is at the very back of the article, and is for those interested in the history aspect of the Queen;s beast. There is just one or two paragraphs for each of the ten beasts, but they fill in the history.

The point that I did not find until researching the article, for I was using the royal Mint list of beasts, is that the original beasts commissioned by Henry VIII were altered to make the current list more in line with elizabeth's ancestry. There is a stone set of beasts from Henry VIII. The connections of each beast are given, and edward III and edward VI are of some focus, as is James I of England, also James III of Scotland, giving the Scotland connection.
I find irony in ancestry claims when the name had to be changed to hide Germanic roots during the war. We cannot change our heritage simply by changing a name.
I do realize that although wales and Scotland are there no connection to Ireland was made. While claiming a personal connection might be difficult for the queen, perhaps a concession could have been made since it is the other major branch of the U. K.
The effort by the ROyal Mint is to get these out from the longest reign anniversary, and have them still coming out in the Sapphire Year.

The near ancestry though of the English royal family is IGerman, Greek and Danish . The Queen's husband Prince Philips in fact a Prince of both Greece and Denmark

No Norman king of England had a Saxon wife. Norman nobles may have intermarried with Saxon nobles but the Norman monarchs did not. 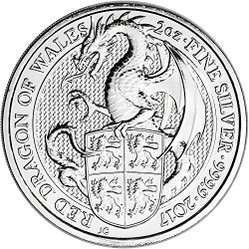 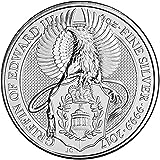 1001 Nights, for many more known as Arabian Nights is one of most popular collections of fairy tales of all times. But in its original form it is not appropriate for kids...
63%  20   3 blackspanielgallery
History