From a seven year old in 1962 to the present day, Jodie Foster has had a colourful acting career, and not without controversy. Her first major movie role Taxi Driver in 1976 is still regarded by many as one of the best ever films starring anybody. Here is look at Taxi Driver and some of her other highlights.

Born in 1962, Jodie Foster took only seven years before her first acting appearance as Jenny Benson in The Doris Day Show in 1969 – and she’d appeared in a commercial four years before that – but it was the 1976 blockbuster Taxi Driver that first brought her into the limelight, by which time she had a list of credits of which many more seasoned actors would be proud.

Her long career has seen her win two Oscars and be nominated for another two. She also has two Bafta awards and two Golden Globes. As well as acting, she has tried her hand at directing and producing. She has never dodged controversial roles, as some in the list below show. Please feel free to use the comments box to discuss these and other favourite Jodie Foster films.

Directed by Martin Scorsese, this has become one of the all-time classic movies. Jodie Foster was just 13 years old when she played the role as a child prostitute but oddly the main controversy seemed to stem from the violent shoot-up scene near the end. The film stars Robert De Niro as Travis Bickle, a taxi driver who becomes involved in a local campaign for a New York senator when he finds himself attracted to campaign worker Betsy (played by Cybill Shepherd). He then turns his attention to Iris (played by Jodie Foster), whom he tries to convince to quit prostitution. It received four Oscar nominations, including one for Jodie Foster as best actress in a supporting role.

This is a gangster film in which all the actors are children and the guns shoot custard. Jodie Foster plays Tallulah, the girlfriend of Fat Sam (played by John Cassisi), who runs a speakeasy. Tallulah flirts with boxing promoter Bugsy Malone (played by Scott Baio) much to the annoyance of his singer girlfriend Blousey Brown (played by Florrie Dugger). This is a musical, so lots of singing and dancing, with an impressive performance by the young cast.

Jodie Foster plays 13-year-old Rynn Jacobs who attracts the unwanted attention of paedophile Frank Hallet (played by Martin Sheen). Others in the village, including a local police officer, start becoming suspicious when Rynn’s father never appears to be around. Rynn, meanwhile, strikes up a friendship with teenage magician Mario (played by Scott Jacoby) to whom she reveals her secret and he agrees to help her.

Based on the novel of the same name by John Irving, this film tells a very odd and complicated tale about a family – of which one of the daughters is Franny Berry played by Jodie Foster – that moves from the USA to Vienna to run a hotel. Incest and rape both play their parts and both have Franny at the centre. Throw in a performing bear, terrorists and Nazis and you have one of the oddest films ever made.

Jodie Foster won her first of two Oscars for playing Sarah Tobias who was gang raped in a diner and then had a long, hard fight for justice against her attackers. She puts her trust in attorney Kathryn Murphy (played by Kelly McGills) but feels betrayed when she does a deal with the rapists because it meant she never gets to have her day in court. Murphy relents, and prosecutes the people who cheered on the rapists so that Sarah can tell her story.

Jodie Foster’s second Oscar was for best actress in a leading role for her portrayal of Clarice Starling and was one of five Oscars that this film won. It also received two other Oscar nominations. FBI trainee Clarice is given the job of interviewing serial killer Hannibal Lecter (played by Anthony Hopkins), who eats his victims, in the hope that he might help them track down another serial killer who skins his victims. Much of the enjoyment of the film comes from the verbal cat and mouse game played between the two lead characters.

The 1950s TV series of the same name was brought to the big screen with Jodie Foster playing con artist Annabelle Bransford. The lead role Bret Maverick is played by Mel Gibson whereas in the TV series he was played by James Garner. Garner does appear in the film though as Marshal Zane Cooper. Maverick needs to raise money to enter a poker tournament and teams up with Bransford in this comedy Western full of cameo appearances.

Based on a Carl Sagan novel, this science fiction film has Jodie Foster playing Ellie Arroway, who is picked to make first contact with extraterrestrial life. Though slow at times, which is not good for a film that comes in at two and a half hours long, the story is well told with a strong mix of politics and religion. There was controversy as Nasa scientists give Arroway a cyanide pill. Nasa objected, saying it never did that, but Sagan insisted that this was based on truth.

Jodie Foster plays Meg Altman, who moves into a new house with her daughter Sarah (played by Kristen Stewart). The house has a panic room, a secure and impenetrable room. When the house is burgled, Meg and Sarah take refuge in the panic room but the room also contains a large sum of money in bearer bonds, which is what the burglars are after. They try various methods to force the two to open the door. The tension is increased by Sarah suffering from hyperglycemia and her medicine being outside the room.

Another mother and daughter film with this time Jodie Foster playing engineer Kyle Pratt who boards a plane with her six-year-old daughter Julia (played by Marlene Lawston). Part way through the flight, Julia goes missing and Kyle raises the alarm. After a search that fails to find her daughter, questions are raised as to whether the daughter was ever on the plane in the first place. The audience is left doubting whether Kyle is totally sane but as the story unfolds an odd conspiracy is revealed.

Though Jodie Foster was also nominated for an Oscar for best actress in a leading role for the 1994 film Nell, the film itself was not very good, which is why despite a good performance by Jodie it is not listed here. Other films that didn’t quite make the top ten include Freaky Friday (1976), Shadows and Fog (1991), Sommersby (1993) and Nim’s Island (2008).

A look at some of the great films made by award-winning British actress Jenny... 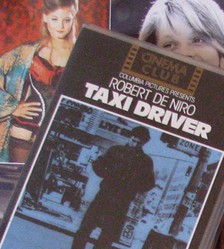 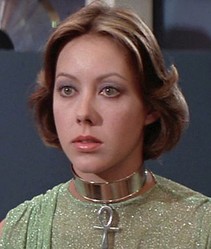 A movie about the unconventional lives of artist Dora Carrington and writer Lytton Strachey set in the English countryside between WWI and the 1930s.
Loading ...
Error!