The White Queen: BBC One fights the Wars of the Roses

The BBC adapts the novels of Philippa Gregory to produce a ten-part series about the women behind the Wars of The Roses. It starts on BBC One on Sunday 16th June 2013.

Amanda Hale, Rebecca Ferguson and Faye Marsay star in The White Queen, a ten-part adaptation of the Philippa Gregory novels The Cousins' War. Set against the backdrop of the Wars of the Roses, this 15th century period drama looks at the fight for the throne of England both on and off the battle field.

Based on Philippa Gregory's The Cousins' War historical novels, The White Queen is a ten-part series about the women in the Houses of Lancaster and York and the role they played during the Wars of the Roses. The first hour-long episode is due to be broadcast on BBC One on Sunday 16 June 2013.

The show focuses on three women – Margaret Beaufort (played by Amanda Hale), Elizabeth Woodville (played by Rebecca Ferguson) and Anne Neville (played by Faye Marsay). Set in 1464, the red roses of Lancaster and the white roses of Yorkshire are battling for the right to rule England.

Woodville, a widow, secretly marries Edward IV, the House of York’s young king, which brings her into conflict with the Earl of Warwick and Lancastrian Beaufort, who wants her son Henry Tudor to become king. Warwick meanwhile uses his 13-year-old daughter Neville to further his own ends.

Actors in The White Queen

Amanda Hale has recently starred as Emily Reid in Ripper Street and Agnes Rackham in The Crimson Petal and the White. Other roles have included Carol Walsh in Murderland and Lady Mary in Being Human. She said about her latest character: “Margaret is hard to empathise with, so if people want to understand why she is the way she is then that's the most I could hope for.”

Swedish actress Rebecca Ferguson is best known for her role as Anna Gripenhielm in 54 episodes of Nya Tider. She thus might seem an unusual choice for this part. She said: “It was my first casting in London, and I was sent straight into a chemistry test with Max Irons. I walked in with all my nerves but we just clicked and it was amazing chemistry between us straight away – which helped to get rid of half the fear.”

This is Faye Marsay’s first television role and her first job since graduating from drama school. “I’m very lucky and loved everything,” she said, “the costumes, the etiquette, the rules and all that comes with portraying the realities of the period. I was the new kid on the block, but everyone looked after me so well to ensure I had the best start to my career.

Team behind The White Queen

The White Queen was filmed on location in Belgium and made by Companay Pictures. The novel was adapted for television by associate producer Emma Frost. The series was produced by Gina Cronk and directed by James Kent. The executive producers were John Griffin, George Faber and Charles Pattinson for Company Pictures, Eurydice Gysel for Czar Television, Polly Hill for the BBC, and Philippa Gregory and Colin Callender for Starz. The series was commissioned by the controller of BBC drama Ben Stephenson.

“One of the most ambitious series the BBC has made, this ten-part series is an epic drama that makes real history as gripping as the best fiction, featuring a cast of extraordinary new talent and some of our finest actors,” said Stephenson.

In Belgium the series was supported by BNP Paribas Fortis Film Fund and by Belgian Broadcaster VRT. An application for support has been submitted to the Media Fund of the Flanders Audiovisual Fund (VAF). Rights in the USA together with most international territories have been secured by Starz in a deal brokered by All3Media International.

I've been watching this and quite enjoying it. The historical accuracy isn't quite spot on (all very, very clean for the 15th century), but still a good yarn.

I'm looking forward to this one.

Quite a topical one, given that Richard III's body has been found, and 'Games of Thrones' (which was inspired by the War of the Roses) is so popular.

That seems quite interesting. Thanks for sharing! 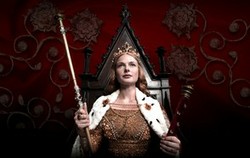 Lewis episodes have aired, and the series is at its end. At least for the moment. But hints are out there, and the story line has left some loose ends.
87%  6   10 SteveRogerson
British TV 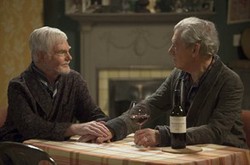