I'm grateful for many things in the 21st century! But, there are others I could well live without.

I think that's probably what it boils down to. I can try to blame it on the times we live in, but the fact of the matter is, in 430 BCE Cicero was grumbling, "Times are bad. Children no longer obey their parents, and everyone is writing a book."

In other words, it's not the times that are changing, it's me. Technologically, I'm falling behind. Musically, I'm no longer following the latest tunes. Socially, I just don't 'get' the latest trends. In short, I'm becoming a grumpy and intolerant old woman.

And while there are plenty of things about the modern world that I embrace and would struggle to live without, there are some things that make me feel like I no longer belong to the human race. Here are a few of them.

I'm beginning to wonder if a large proportion of the world's population now thinks that Carly Simon wrote a song about them.

But the sorry fact is camera phones can't possibly have made everybody vain. Vanity must have always been rife, 'selfies' (and even the word makes me wretch a little), are just an outlet for it. 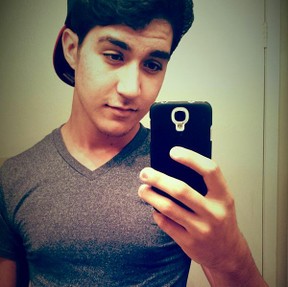 It's one of those things I really do not understand. And let me clarify here, I'm not talking about a self-taken photograph where you and the love of your life are posing in front of the Eiffel Tower, although what happened to asking an amiable passer-by? Perhaps we're all too paranoid about getting our cameras or phones stolen.

Anyway, what I'm really talking about are those in-the-mirror 'Look at me, look at me!' pictures.

Often, these are accompanied by certain facial expressions. I'm reliably informed that the 'duck' is particular popular.

Have lives really become so vacuous that people consider this a great pastime? And what is there to be gained? An ego stroke when a few friends 'like' the snap or write, 'Lookin' gr8, babe!'? It is truly beyond me.

For so, so, so many reasons

On the subject of narcissism...

I think my aversion to Facebook stems from a belief that it has two fundamental purposes: to incite envy, and to incite schadenfreude. With relatively few exceptions, that's what Facebook usage is all about.

Although, frankly, even for that, it's not the most effective tool. I know that one of my friends has just bought a new house, and that another is getting married in a little over a month. But I still haven't actually spoken to them...I haven't even written. I just know what's going on their lives, because they want the rest of the world to know. 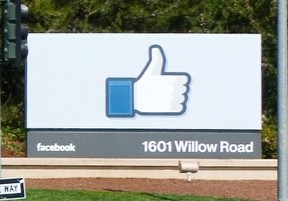 It feels like we're in closer touch, yet we're not really. In fact, we're probably less so. Because all I know of them is what they want to share publicly, which is usually the good stuff, as they want people to envy their fabulous lives!

Facebook is a bit like a litmus test: how is my life compared with other people's? 'Well, Fred has just got divorced, so I'm doing better than him. But Jim is going backpacking around Australia...what a show-off!'

And, if that weren't enough of a reason to dislike Facebook. There are always 'those' types of users. You know the ones I mean:

Which I believe is known as 'sagging'

You really do know you're getting old when the youngsters' fashion starts to annoy the heck out of you. Truth is, low-slung pants isn't that new a phenomenon. There were plenty of people wearing sagging jeans when I was in my late teens and throughout my twenties - and I didn't like them then, either.

I have no interest in seeing a stranger's underwear. Plus, not only do low-slung pants look sloppy, but also there is the constant need to yank them up before gravity claims them completely.

A little research suggests that this particular 'fashion' came from prisons: when the recently incarcerated would have their belts taken from them. If this is true, it's probably the only fashion statement that's worked its way from jail cell to mainstream.

Can you imagine this catching on, for example?

Doesn't Anyone Wear a Proper Pair of Jeans Any More?

Putting the moron back into oxymoron

Seriously, if anybody reading this watches (and enjoys), scripted reality television, please explain it to me, because the appeal complete passes me by.

5. The Celebration of Stupid 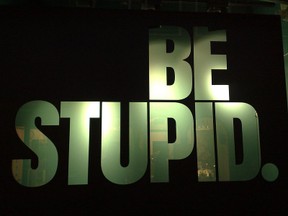 I think this is probably linked to scripted reality TV, because there always seems to be a fair amount of stupidity in those shows. The program makers love it, because it pulls in the audiences; we like to laugh at someone who's not very bright, and we also like to be made to feel intelligent by comparison.

But that has an unpleasant knock-on effect: kids (and perhaps some adults), think that stupid is, therefore, a route to fame.

You no longer have to have a talent or skill to be famous. You can be famous for nothing. That fame won't last long, of course, but that doesn't matter. Any fame at all is a good thing, because...well 'cause it just is.

I'm a misanthrope, so it's got its advantages, but still...

Now, I realize there is a contradiction in wanting a desert island and complaining about the lack of person-to-person contact we have these days. But I'm not really going to get my desert island, so just go with me.

I'm not grumbling so much about the lack of human contact in my own life. What troubles me are the things I see around me: mothers jabbing at iphones while they walk with their kids; friends checking their Twitter instead of engaging in conversation over lunch; people not enjoying their fancy meal at 'such-and-such' restaurant, because they're too busy tagging that location to their Facebook status.

It's as though, for some people, their online life has superseded their real one. Rather than living, we're much more focused on convincing everyone else that we've got glamorous and exciting existences.

And I guess, more than anything else, that's just sad.

There are too many of us and we're bleeding the planet dry...it can't go on indefinitely. Not wishing to sound melodramatic, but we are doomed.

Most of us know that can't go on indefinitely, but most of us are also pretty blasé, because we figure it won't happen on our watch.

Maybe it won't. Then again, maybe it will.

Our weather should be the cause of much concern, and so should the number of people going hungry in the world.

It certainly looks, to me, like the human race hasn't got that much longer. But, who knows, maybe Cicero would have said the same thing!

I, too, have all but abandoned Facebook for many of the reasons you state. Plus, the fact that it's filled with those who place no value on privacy. Twitter, too. And, since when did phones become an extension of one's very being. i use mine to make and receive calls, period. Oh yeah, and if your underwear is the thing you are most proud to display in public, it's a pitiful commentary on your condition.
Whew! I just should have voiced agreement and left it at that. Thanks for voicing many of my own feelings!
PS - How do I 'like' this article more than once?

Yes I rather agree with that. Up to a point anyway. Couldn't be here without some of the "enemy."

Couldn't agree more! We have so many things that have made our lives easier, but why then, does life just seem to get harder? I feel completely out of touch and lack the understanding needed to happily co-exist in today's world.

Some people have substituted electronic communications for genuine human face to face interaction.

WiseFool, love the article, but tell me how you were able to read my mind? I completely agree with Rupert about people bringing their mobile 'phones to the dinner table. Some years ago, I was out with a friend, in a wine bar rather than a restaurant, but the principle is the same. It was just the two of us. She took a 'phone call and spent HALF AN HOUR talking to the person on the other end. I almost walked out, and told her that is she ever did that to me again, I would. Why do people think it's ok to do that, unless there is a genuine emergency? Perhaps I should change my name to Grumpy?

Like WordChazer, I use my Smartphone and tablet for writing articles, although I also carry a pen and paper most of the time. I've always written into Evernote before but am downloading Google Docs as I type.

We think alike, Angela. When teaching at college I found it embarrassing to look at some girls wearing low tops. It is easy for a male member of staff to be accused, though I never was. As for low slung trousers they are idiotic. Mind you, I have no fashion sense anyway, and do not think I am missing anything worthwhile in not having one.

I don't like to see boys and men wearing their pants low, either. I keep waiting for them to fall down and some of them are so baggy, I wonder if they're carrying something in that space. It's funny to see them walk sort of sideways to keep their pants up.

However, I'm not letting the women off. I don't care to see women's breasts down to their nipples. And I don't want to see the straps on their thong underwear, either, when they bend over.

Yes, I can avert my eyes, but these sights usually catch me unaware.

Some of these are at the top of my list too.

I so agree with you, on all counts :) A fun article, you made me smile

Oy, oy, oy....the sentence filler 'like', and using 'goes' as a synonym for 'said' are another two that really get my goat. I must confess myself guilty of the 'yeahyeahyeah', though. It's a terrible habit I'm trying to rid myself of, I swear! And as for those completely meaningless phrases, like 'going forward' - No question, capital offence!

Frank, reading back over my comment, I realise it could be taken to mean that I think 'sick' and 'wicked' are poetic now!! I should have written, '...current trends aren't going to sound anywhere near as poetic as Shakespeare in four hundred years.'

The topic of new words and phrases always makes me wonder whether Shakespeare's contemporaries said to him, "Puking? I grant you, Bill, it sounds like what it is, but I don't think it's going to catch on! And eyeball? Seriously...eye....ball?"

Why I Loathe ‘LOL’

I hate, loathe and despise the word, if it can be called a word, LOL. A littl... 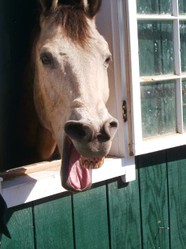 Why I Loathe ‘LOL’