Three men had a great influence on early England, and their influence can be considered vital to the very existance of england as it is today.

It can be argued that many men forged the nation, England, and I am certain many of you can make a case for others. I invite you to add your choices, and the reasons why, in the comments section below. I feel these three are all significant, and shall confine the article to but these three men whom I have selected.

For several years I have been working on my ancestry, and I have multiple lines back to England. This has inspired me to delve into some history of England so I can better understand my own roots.

It is difficult to give an order to the prominence of each man, so I will present them chronologically.

King Alfred the Great lived in the late ninth century.  He was King of Wessex, and as such defended his realm against Viking invasions, sometimes successfully, and sometimes not so successfully.  Eventually, he won out and the Vikings made peace.

Alfred the Great is credited with being a champion of education, and started many schools.  He brought the literacy level up, and thus added to the English culture.  He is also credited with forming a navy, a necessity in the time of Viking invasions.

King Alfred collected the laws from various cultures and wrote a code of law for his realm.  Only with laws can a country stabilize.

King Alfred was religious, and has been named a saint by the Roman Catholic Church.

As a religious man who protected his country, brought about a code of law, and personally championed education, he is one of my choices as a man who significantly influenced England.

King Cnut, also spelled Canute, is historically characterized as a wise man.  He was a Danish prince, and conquered much of England.  During his reign he was able to bring about peace from further Viking raids, since he also held the throne of Denmark and that of part of Norway.

The Vikings did not just attack and destroy, they also settled and mixed with the population and culture.  Many were seeking land to farm, and others were merchants.   His control of these other areas brought a period of prosperity for those who sailed to trade.

Cnut influenced England in the first half of the eleventh century.

William the Conqueror became William I of England after a conquest against Harold.  I will not go into details, but William, Duke of Normandy, had a claim to the throne, as did Harold.

William was a Normand, meaning he was a Norse man.  The Viking leader Rollo had worked out a deal with the French king for the land known as Normandy, so William was from Viking roots.

William came to the throne of England in 1066, and was instrumental in setting up a government system that long endured.

Many monarchs in history have become known as great, and have the words the great affixed after their name.  In England there were only two men who were deemed worthy of this title, King Alfred and King Cnut.

My family has multiple branches back to England, but it is from my French roots that I actually get back to all three of these.  So, this choice is rather personal.

The introduction image is of one of our products on Zazzle, and the image used to make the product is in public domain.  The flag image is from WPClipart.

I will certainly read it.

One Englishman from the Eleventh Century who deserves to be called great,yet is overlooked, is Saint Wulstan. What a man! A great friend of the poor and a dedicated opponent of slavery who successfully campaigned to make this atrocity socially and morally unacceptable. It is in the UK at the present minute past midnight, yet I feel an article coming on. Not tonight, but soon. My religious hero must not be forgotten.

Since only two men have been called "the Great" and William's reign was the greatest change in England I see no parallel in the tenth century. I am also partial since my ancestry includes the three mentioned.

blackspanielgallery, Who would you have selected from the tenth century?

Indeed the royals are never present when these places are open and many parts are private so yes ..why bother ? but people do.

The Conservative Party produces more than its fair share of mindless people. Some years ago certain of its members of parliament were objecting that students learned social and economic history. One of these politicians declared that history is about kings and battles. Ridiculous! But you can see why these characters objected to social and economic history, it was because they did not want the students to know how the ruling class was exploiting the people and just how bad things were and could still become.

I was impressed by the archaeologist Francis Pryor, who declared "What the aristocrats had for breakfast I leave to Starkey. I am concerned with the common people." Starkey is a very pro-royal historian. At school I studied social and economic history and loved it. Thanks to my late, great history teacher, Mr Weaver.

But then you would only get to the arts that are unuse, not where a curious person might want to go. I am certain you could not sit across the table from the queen, nor watch her television. So, is it really what people want who do pay?

On a personal level , I don't see why I should pay the wealthiest woman in the world even as little as a pound to repair her house because she hadn't got it insured.

Our history that we learn here is quite different, as history often is slanted by region. Perhaps a better word is incomplete. In fact, it concentrates little on what was going on other than who won which battle and what was the result. I learn much from you two.
I recall the fire, but had heard nothing of the request for funds.
I was afraid that Wizzley was gone and I would have lost a valuable source of information. For two days I could not log in, even to view comments.

The queen raised a paltry four thousand pounds for the repairs.

Monarchs became less murderous and fratricidal with the Hanoverians, simply because they had no opportunity for it, but drunkeness and fornication still carried on. The modern royals have ditched the drunkeness,well, most of them, most of the time! 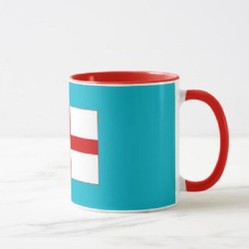